California has some of the most overbearing and aggressive climate change policies in America.

Yet the state also allows massive amounts of clean energy to simply go to waste.

To put that into perspective, the average monthly electricity consumption for a U.S. residential utility customer is about 877 kilowatt-hours (KWh).

And this is a growing problem. Producers expect even more potential energy from solar arrays will go to waste in the future. 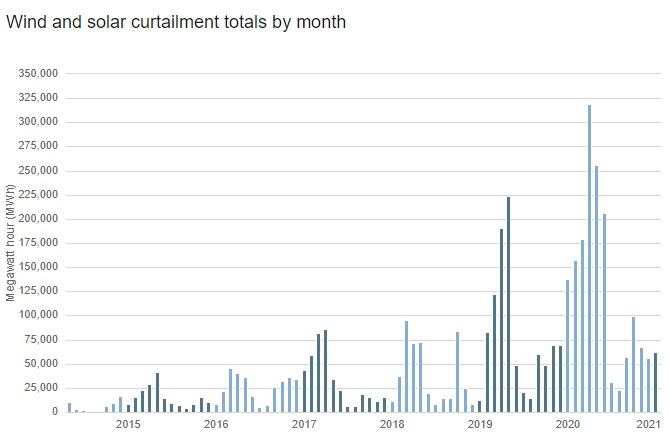 So what's with all this wasted energy?

Well, it all boils down to an oversupply problem.

Electric power generators can often create more energy than the grid can handle. And this happens very often at solar farms.

The shift to a clean, efficient, and modern grid is essential to California's economy and its environment. This transition to a low-carbon grid provides challenges and opportunities, as the state incorporates increasing amounts of renewable energy on to the electric system. Sometimes, during the middle of the day, California's renewable resources can generate more electricity than is needed.

These oversupply events need to be managed. When they happen, power operators simply reduce output. This is known as energy curtailment.

But the oversupply in California's solar energy production isn't exactly an accident. 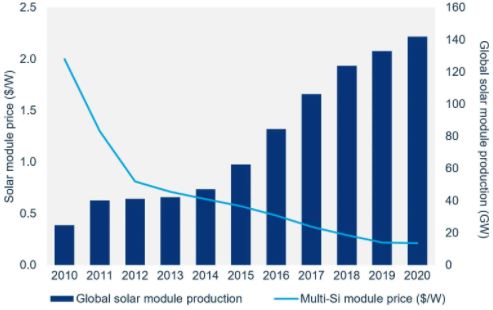 Today, solar power is so cheap that the cost of solar panels themselves are becoming negligible. Quartz senior reporter Michael Coren writes:

Solar panels have become so cheap that the true cost of electricity is shifting from solar arrays themselves to the steel and land needed to house them. Imagine if the most expensive part of a nuclear plant wasn’t the fuel or reactor, but just the land it sits on.

Plummeting solar prices have incentivized energy providers to overbuild. Coren says solar farms are now routinely built to produce at least 130% more than they can output to the grid. And with the price of solar panels expected to drop another 15%–25% in the next decade, there's no near-term end in sight for the overbuild.

This overbuild has lead to the massive oversupply in California's solar production. But the problem is not only limited to solar.

Turbines on wind farms may also need to be shut down from time to time so as to avoid overloading the grid.

The Brookings Institution reports, “In 2016, the wind electricity curtailment in China amounted to 49.7 TWh [terawatt-hours], enough to cover the total annual electricity consumption of Bangladesh, with a population of 163 million.” 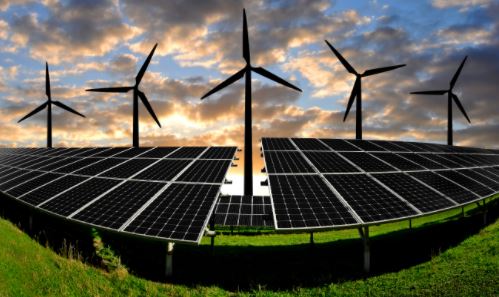 The result of solar and wind oversupply is billions of dollars in lost clean energy production.

Energy providers will sometimes use batteries or other means to store the oversupply of energy, but the cost of conversion and storage will often outweigh the energy saved in the end.

Something needs to be done. The CAISO writes:

While curtailment is an acceptable operational tool, as [there are] increasing amounts of renewable resources, oversupply conditions are expected to occur more often. The ISO is seeking solutions to avoid or reduce the amount of curtailment of renewable power to maximize the use of clean energy sources.

That's where an inventor from a small town in Ontario steps in.

He has found a way to produce what scientists are calling “the fuel of the future” from this massive oversupply of solar and wind power production.

This sensational invention has already caught the attention of those in the highest levels of government and business.

And now he's taken the invention public in the form of a tiny company that trades on Canada's TSX Venture Exchange.

Wind and solar energy have surged by 77% in the U.S. since 2010. In California, rooftop solar is already producing three times as much as centralized stations. This incredible fridge-size machine takes all the excess electricity from wind and solar systems and essentially turns it into cash.

Check out that report now.

Solar and wind energy oversupply isn't just a problem for California; it's a worldwide dilemma. However, new technologies are set to mitigate that problem, and investors are set to profit.