The market has become complacent. It only goes up year after year. The absolute devastation of the Great Recession is forgotten, as FANG stocks and a housing boom push portfolios higher. Speculation is rampant, with know-it-all 20-somethings chasing pot stocks and cryptocurrencies.

But pride comes before the fall, and the fall is just around the corner...

First of all, we are spending half a trillion dollars on interest now. Check out these new numbers put out by the U.S. government... 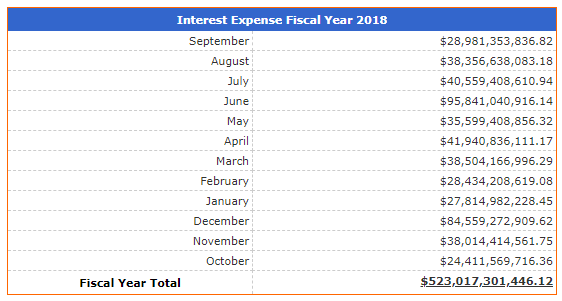 The Fed’s spent $523 billion in interest alone this year! That’s a big jump over the $458 billion last year.

What is most interesting is that over the 10 years previously, the amount paid in interest didn’t change much and even went down some years as interest rates went to zero. 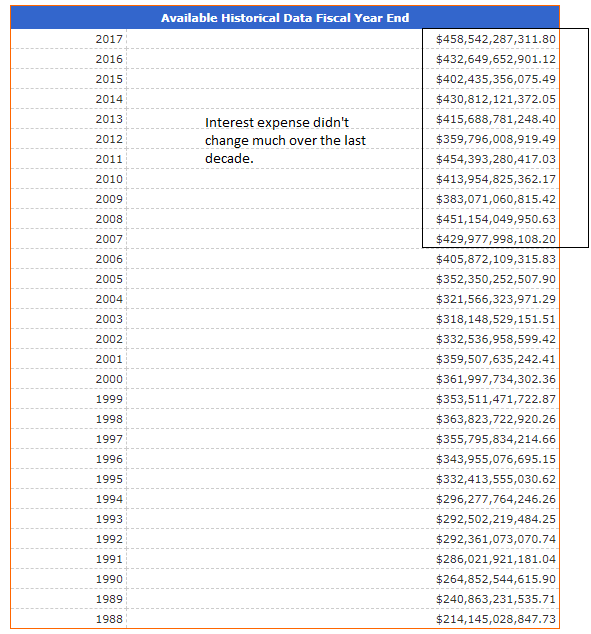 Of course, our noble leaders used this unique scenario like the gift it was to reduce the massive government debt, knowing interest rates would not be zero forever...

Ha. I can’t even write that. No, they didn’t. They spent the money like a cancerous lottery winner on shore leave. Debt is over $21 trillion and heading to $30.

China is already in a bear market. Hong Kong’s Hang Seng Index is down over 20% from its peak late last year. This sell-off is linked to the uncertainty of the U.S./China trade war. 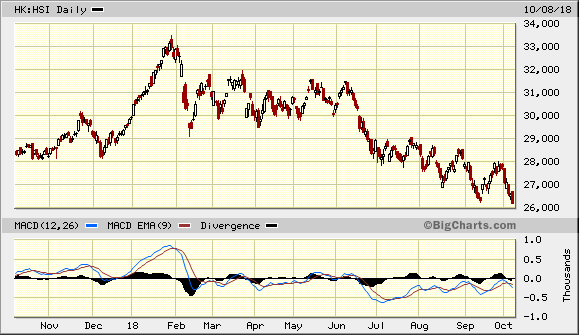 On September 7th, the U.S. added tariffs on $200 billion worth of Chinese imports. The 10% tax is slated to grow to 25% next year. Trump also announced a further $267 billion in Chinese imports that might be taxed.

The Chinese currency, the RMB, is down 6% this year, and the Chinese government is trying to pump up the economy using lower taxes, infrastructure spending, and looser monetary policy.

Of course, China responded in kind by hiking sanctions on U.S. goods.

Inflation and trade wars are two of the factors that could end the bull market. I’ll tell you why.

You have a hot labor market where wages are finally going up. 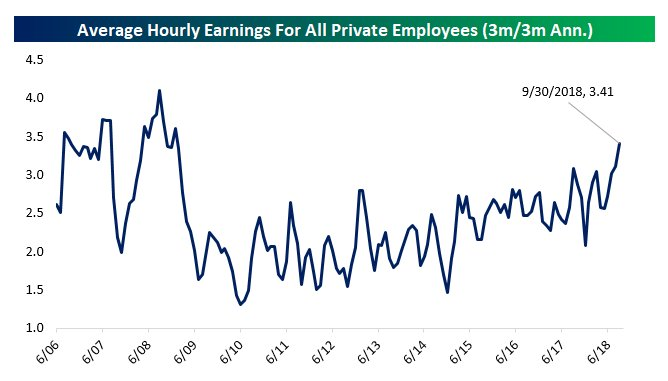 Add into this the “sand in the gears” that the China trade war will cause in terms of the global supply chain, and you have a recipe for higher prices, or inflation.

Remember that China has been the low-cost producer for decades. It will pass on new taxes around the globe, or perhaps new, more expensive production will start in North America. Either way, the end user will pay. Meanwhile, the oil price is also going up, adding costs.

Higher interest rates have already affected real estate. Housing price growth has already slowed, and existing home sales are down, as are automobile sales. Germany reported its lowest industrial output in five years, which it blamed on Trump’s trade friction.

Readers know that as a country, we are in debt up the wazoo. Corporations have borrowed record amounts to buy back shares. Credit card debt hit a new high in August because people can’t afford to live and government borrowing is accelerating. We have never been more leveraged.

The three things that will kill the bull market are tariffs, wage inflation, and interest rates. When all of that debt rolls over at higher interest rates, the money has to come from somewhere.

Remember, this market has been going up for a long time. There is a lot of air under it. 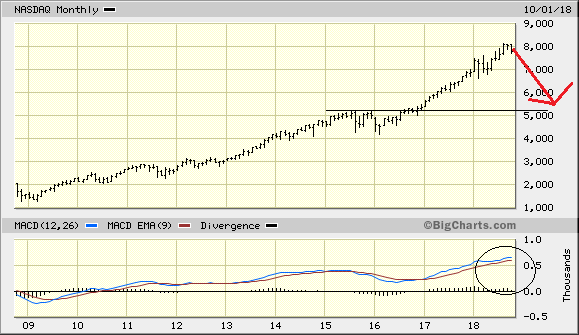 The next interest rate hike is coming in December. Take some money off the table.

It is time to protect yourself. Click here now.