The similarities between illegal gold mining and the drug trade

Written by Christian DeHaemer
Posted May 25, 2016

Gold is a commodity that always has value. People invest in it when the value of currency drops. George Soros, a famous billionaire investor, recently bought into gold for the first time in three years because of the dollar's decline.

But there is a dark side to this bright metal.

In Peru, illegal gold mining has caused as much corruption and danger as other illegal trades, with many believing it's nearly as dangerous as the cocaine trade.

First off, this illegal gold mining has devastated nearly 370,000 acres of the Amazon. A primordial region rich in fecund biodiversity and mammal life, famous for rare pink dolphins and deadly frogs, this area is being threatened by outlaw gold mines. 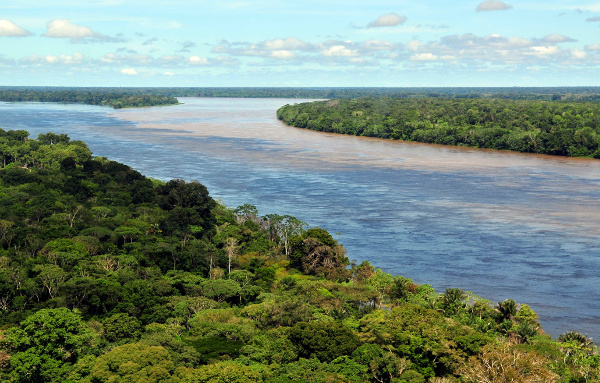 Over 30 tons of mercury, a common tool used to separate gold, is being dumped into nearby waterways, contaminating the water, getting into the fish, and poisoning those who eat the fish— mostly the illegal miners and their families.

The area where these mines are run is also a hotbed for prostitution. Thousands of girls under the age of 18 are being brought in to work as prostitutes.

Most of the miners are working in these mines because they can't find jobs elsewhere, but they're paid a pittance, the equivalent of $35 dollars for a 24 hour shift, in dangerous and often unsafe mines.

90-98% of mines in the Madre de Dios state (one of the centers for the gold mining) are illegal, and with increasing inflation and worry over the economy, the demand for gold is going to continue to rise.

The government of Peru has tried and failed to stop these mines, they've employed various methods including cutting off gasoline supplies, and raiding the mining camps, but the mines always pop up again like mushrooms after a rain. Gold mining in Peru is now thought of as synonymous with cocaine trafficking; a deadly business you don't want to get caught up in.