How to Profit From the End of Aging

Why This Anti-Aging Stock Could Double in Three Weeks

She’s believed to be the oldest-known living person in the world.

But it’s only a matter of time before 117 is no longer considered old — but middle aged.

Known as one of the leading experts in the field of aging, Sinclair is the guy who discovered the survival-circuit theory. And he says that getting cold, employing extreme workouts, and occasional fasting engage this “survival circuit” in our bodies, which results in certain cells increasing their defenses that keep you alive.

It’s a fascinating theory that has been written about and studied quite extensively, although it still has yet to be proven in an FDA clinical trial setting.

Interestingly, that company is publicly traded, which is why it has my attention.

It should have your attention, too.

Right now, there’s a company that’s developed a pharmaceutical-based treatment that could allow you to not only live a longer life but do so in a way that would allow you to never have to worry about getting any age-related chronic diseases.

This Could Be a Quick Double

According to the Longevity Fund — a venture capital firm that invests specifically in anti-aging-related companies, including this one — a single age-related indication could be worth a couple hundred billion dollars.

If results are positive, this thing could virtually double overnight.

Interestingly, the stock has been steadily climbing over the past few weeks. I don’t know if insiders know something we don’t, but there’s no denying that something is happening here… 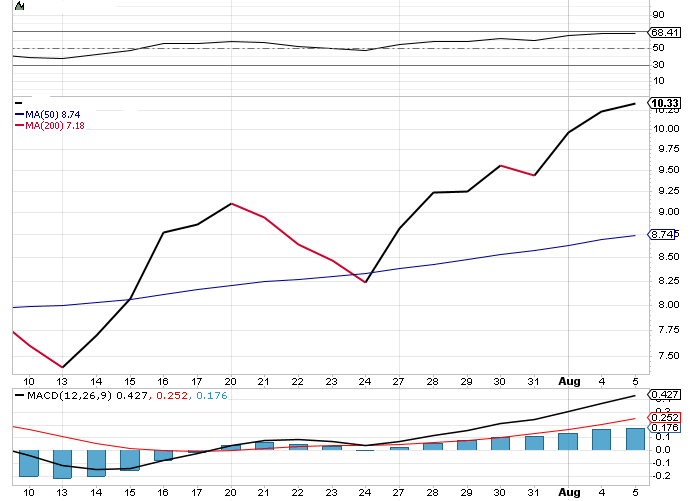 I personally have some skin in this game — I’d be a fool not to.

After all, this could be the first FDA-approved therapy to end age-related diseases — forever.

If you think Viagra made Pfizer investors rich, imagine what a cure for aging and age-related diseases will do for investors?

Clinical trial results are scheduled to be released in just a few weeks. If those results hit, we’re going to make a mountain of cash.

And of course, I want you to get some of this action too. Which is why I put together this short investor alert for Energy and Capital readers.

I would encourage you to read it now, before those trial results are released. Because once that happens, the chance to double your money on this one will be gone forever.