Has Oil Finally Found a Floor Above $50?

Just last week, we saw oil shoot to 18-month highs as OPEC and a handful of non-members finally began adhering to the production cut deal that was struck last November.

Since then, Brent crude has stabilized around that high of $55. Is that as far as oil’s going?

Maybe for the time being. While I fully expect prices to keep rising later in the year, the market still has a few rough patches to sort through before the recovery hits in full.

Whatever problems you imagine hitting over the next few months, there’s one thing I think we’re safe in assuming: oil’s seen a bottom, and it’s not heading back down to it anytime soon. 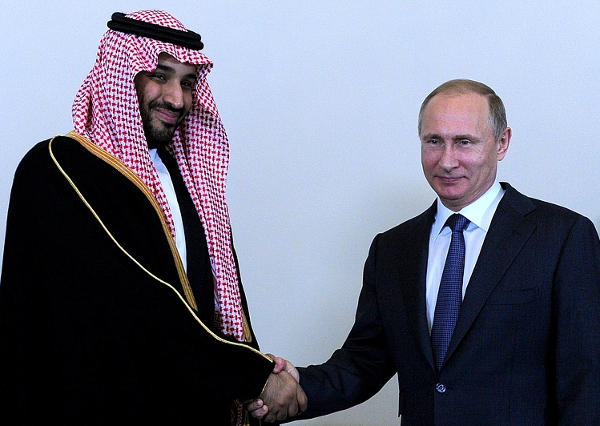 The first and probably most potent reason for this is that the world’s largest oil producers can’t afford to let prices drop that low again.

After seeing prices fall below $30 last year, the market has been shocked back into action.

The EIA projects that oil prices will average about $53 this year and $56 in 2018. This is well within the price requirements for many U.S. producers, who spent the entirety of the two-year rout cutting costs, whereas the other two biggest producers need a little more.

We talked about Russia last week. The country could be in trouble considering it needs oil prices above $68 just to keep its national budget deficit from further widening.

Saudi Arabia is in a similar situation. Crude oil accounts for more than three-quarters of its export, and the government is dangerously close to being unable to keep bribing its citizens into complacency through lavish social programs... which is one of the reasons the Saudis are practically forced to obey the production cut deal.

Truth is, oil exports make up more than one-third of the country’s total GDP and over 80% of government revenues. Much like Russia, Saudi Arabia has been feeling the pressure the past few years.

Since prices began plummeting in 2014, the country has cut funding for social programs, dipped into the royal reserves, and cut some major subsidies. Saudi Arabian citizens have seen their first real gasoline price increase ever!

Saudi Arabia also followed suit with Russia in one other aspect: international borrowing.

In 2015, Saudi Arabia borrowed $26 billion, followed by another $10 billion loan in 2016. At the end of the year, the country had borrowed yet another $17.5 billion through bond sales.

Even with all this borrowed cash, Saudi Arabia’s budget deficit reached 15.9% of GDP in 2015. It brought that down to 13% last year and hopes to shrink that down to just 7.7% this year.

To do this, it’s cutting more and more out of its spending budget.

Just this month, the kingdom brought PricewaterhouseCoopers (PwC) on board to help audit and cancel around $20 billion in projects for transportation, health, and education.

Additionally, more taxes are on the way. Saudi Arabia’s budget plan for 2017 includes new “selective taxes” on tobacco, sodas, and energy drinks, plus increased taxes on non-citizens living in the country.

What’s interesting is that the budget doesn’t specify exactly how high the country expects oil to go, even though it’s obvious that a large portion of the income is reliant on the commodity’s recovery.

Whether or not the country can really keep running on these numbers remains to be seen.

Of course, these big-time producers are not the only element in the mix.

Now that some of the biggest producers are cutting back, countries that have been waiting in the wings are taking action.

Iran has already begun increasing exports even though it was among the OPEC members that agreed to cut production for the first six months of the year. As of this week, the country had already exported more than 13 million barrels of oil that had been stranded in offshore tankers.

This could easily be seen as just a symptom of the glut working itself out. After all, part of the problem was all the excess supply floating around.

But it could quickly turn into a bigger problem.

Just last year, Iran was able to start producing from its considerable reserves again once Western sanctions on the country’s oil were removed.

Iran has had aspirations to bring production back up to pre-sanction levels ever since. These new restrictions could put a stopper on those plans... if the country sticks with the program.

Meanwhile, fellow OPEC producer Libya is also turning up the taps. It reached a three-year high earlier this week and has reopened its final major oil export terminal.

The country has been exempt from the cut due to declines in its production over the past year following militant attacks that caused major oil fields to be evacuated.

Outside the Organization, U.S. producers are also looking to cash in on the rising prices.

Already, output has increased to 8.8 million barrels per day, and four oil rigs were brought back online in the first week of the year alone.

Are these just countries trying to recoup lost capacity? Probably.

Unless they start showing some restraint, however, we could be looking at a longer recovery than expected...

Every producer on the market shares one sentiment: they don’t want to see oil at $30 again.

It would be all too easy for everyone to pump full throttle trying to drown out the competition... and end up drowning every ounce of profit in the process.

We’ve seen firsthand the demolition low oil prices can cause, to whole economies as well as portfolios.

Even though everyone wants a bigger piece of the pie, they’ll all have to learn to share if they want to make all that oil actually worth something.