I know you might be tired of hearing what bastards the banksters are, but if you read the book The Big Short by Michael Lewis or saw the movie by the same name, you know exactly how far these thieving organizations and the psychopaths in charge of them will go to make money at your expense.

They caused the Great Recession by devising insane financial instruments and trading them at 100 to 1 leverage, and now they're playing Russian roulette with the world economy again.

Just check out the new housing bubble: houses are more overvalued than 2007–8. And you remember how that ended — mass foreclosures, the Dow down 60%, unemployment skyrocketing, spikes in fear, divorce, and suicide.

But it’s not just the good old U.S.A. that is on a leveraged binge of debt. I was just in Halifax, Nova Scotia. It might seem crazy, but it is the fastest-growing city in Canada in terms of population.

It’s Canada’s fifth-largest tech hub, and big cranes dot the skyline as new buildings rise. But, at the same time, the median price for a house has grown to over $400,000. 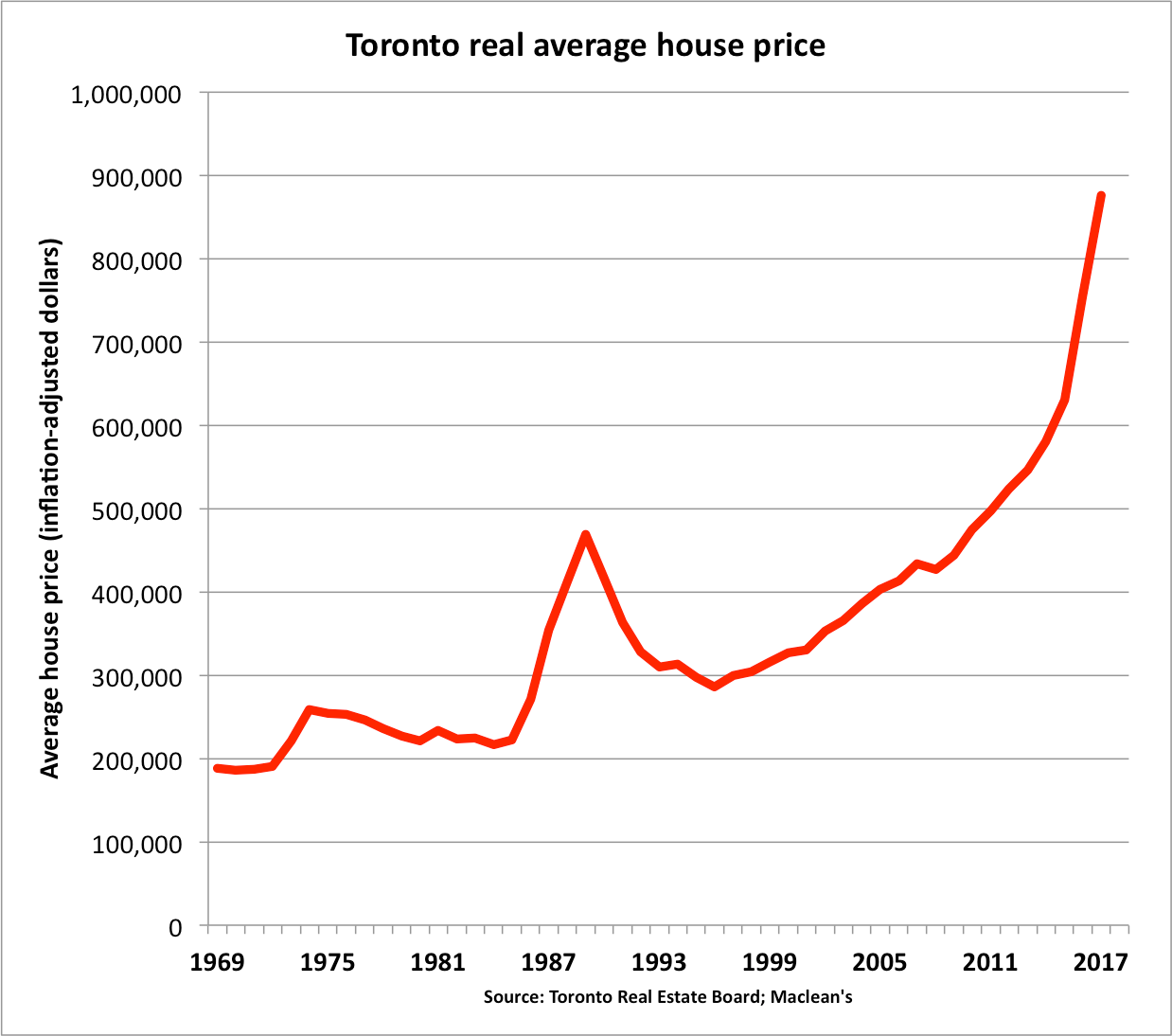 It is times like this when you have to ask, are prices more likely to double or be cut in half?

Meanwhile, in Australia, new airline routes have been set up for “Fly n’ Buy” Chinese. The Golden Week national holiday starts on October 8.

According to the Northern Star, an Australian newspaper:

Chinese real estate investors have spent a record $101 billion last year globally on both residential and commercial properties — up 845 per cent over the last five years, and 25 per cent up on 2015.

Rich Chinese are diversifying their money out of China before the SHTF. And it’s coming. The government recently cut the amount of cash banks have to keep on hand in reserves. This will spur lending and expand the bubble, but it also caused Standard & Poor’s to downgrade China’s credit.

The people in power know it cannot last. They are getting their money out as fast as they can by buying real estate and Bitcoin.

They are also buying gold. It is estimated that Chinese gold buying rose about 10% in the first half of 2017. At the same time, Russia’s central bank has been the biggest buyer of gold, representing 38% of all gold buying by central banks in the second quarter of 2017.

So why isn’t the price of gold going up? Simple: the big banks and the Fed are colluding to keep the gold price suppressed.

None of the financial players want gold to go up in value. If gold actually reflected the value of the dollar, the world would suddenly realize the dollar is just a worthless piece of paper.

The Fed wants to hide the inflation of the money supply, the government wants the public to think we have a recovery, and the banks want to keep your money in “the system.”

But like all price fixing, price discovery happens whether the elites want it to or not.

Like a slingshot pulled back, this suppression has created a situation so delicate and tenuous that the slightest disruption could bring the world economy to its knees.

All it would take to destroy the world's financial system is for 0.18% of the holders of outstanding gold contracts on the Chicago Commodities Exchange (Comex) to ask for delivery of their gold.

Most contracts on the commodities exchange are settled in dollars. As a result, the banks have devised schemes to leverage their actual gold holdings to more and more profits.

They deal in “paper gold,” which is just a promise to deliver the gold if someone asks for it. Since people rarely do, the banks can sell gold they don't have and pay off the contracts in dollars.

But what if people started asking for their gold?

If you own a contract for gold, you have the right to ask for the gold.

But the banks aren't obligated to deliver any gold. That’s right, they can just tell you, “No!”

What would happen if more and more people started asking for the gold they contracted for?

If one person asks, no problem.

But in a world where the economy is a mess and confidence is slipping, it makes sense that more and more people, including the Chinese and Russians, would want to take delivery of their gold.

What will happen to the system when people start realizing they didn’t actually contract for gold like they thought?

People will start asking for their gold, and the banks won't have it to deliver.

The banks will refuse to deliver the gold and start canceling contracts and paying them off in dollars.

So investors will get dollars, and they won't be able to buy physical gold at any price! This exact situation will start playing out over the next few months.

If the banks deliver any gold at all, it will be only to the most well-connected gold contract holders.

It will become clear that there is as much as 100 times more paper gold than real gold.

As the price of real gold adjusts to account for a supply that is a small fraction of existing obligations, the price of gold will shoot through the roof...

In May of 2015, Bloomberg pointed out that a gold standard in China would require an exchange rate at about $65,000/t oz! That's insane...

This is a mathematical certainty, as there isn't enough gold in existence to cover the contracts these thieving banks have written.

Just as Lehman sent panic though the financial markets and sent select gold companies up more than 3,000%, so too will the next market meltdown. Make sure you position yourself correctly before all hell breaks loose.