I know you’ve heard of Baker Hughes before today.

The company is best known for its regular updates on the number of rigs operating in North America. That alone has been a major benchmark in measuring the fall and recovery of the oil and gas markets.

It’s one of the largest oil and gas services companies in the world, with competition coming from other notable names such as Schlumberger and Halliburton.

Recently, while looking to optimize its operations, Baker Hughes struck a whole new kind of deal: it’s being integrated into General Electric’s Oil and Gas segment.

Those of you who only know GE for its home appliances may be surprised to find out that such a thing even exists, let alone that it’s about to rock your world. And investors looking to get into the recovering energy industry will want to pay close attention to the effects of this deal moving forward...

By now you’ll probably know the story of oil and how its precipitous drop at the end of 2014 left the entire energy industry reeling.

New readers are coming in at just the right time: the Organization of Petroleum Exporting Countries (OPEC) and its leader Saudi Arabia are finally coming to their senses and pushing for measures to bring the price of oil back up. 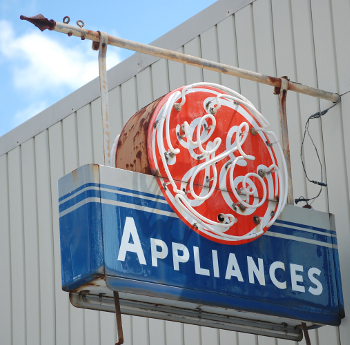 Still, the damage has already been done.

Hundreds of oil and gas companies across the country — all over the world, in fact — have shut down or gone bankrupt in response to the low commodity price environment.

Even the big names like ExxonMobil, Shell, and BP have seen some major losses. Everyone’s been scrambling to save where they can.

And from the wreckage, the GE–Baker Hughes deal was born.

You can probably understand why this would be an attractive investment.

First of all, both companies are major brands in their sector.

GE is known as one of the leading producers of energy equipment, from oil safety valves to wind turbines. Baker Hughes works on the other end of the production spectrum, offering services during drilling and completion processes and beyond.

Together, the two will create a massive, fully integrated company within the oil and gas industry.

So is this just the first of many for these deals? Who stands to gain the most? And perhaps more important... what do we stand to lose?

Make no mistake, there will be casualties here...

Water You Waiting For?

It turns out that once the deal is closed, GE will be looking to sell off its water services branch.

That’s not too surprising considering the volatility that we’ve seen in that sector, so it makes sense for GE.

Or... does it? Could GE be making a critical mistake? I’ve explained before that the world is stuck stubbornly in a water crisis.

To put it simply, there’s just not enough drinkable water to go around.

GE Water & Process Technologies offers services meant to combat this, such as wastewater treatment and desalination.

And let me be absolutely clear — just because GE is letting go of it in favor of another project doesn’t mean it isn’t a highly lucrative opportunity.

It’s only been a few days, so there aren’t any takers just yet, but GE expects the sale to go through by next year.

Even if the services are broken up, the infrastructure that is already in place will make any number of water-related stocks look a whole lot more attractive.

Look, I can’t blame GE (or Baker Hughes, for that matter) for making this deal.

The oil recovery still has a few hurdles to clear, and partnerships like this will only make the stocks that much stronger down the road.

There’s no way we’ll be seeing $100 oil again by next year, but the best oil plays only need oil to hover between $50 and $60 per barrel to ramp up drilling activity.

Well, the same goes for water. It may not sound very glamorous for investors to look for the tech to clean sewage and saltwater, but you and I both know it’s not a service the world can afford to give up on.

In fact, major investments in the water sector will be an absolute necessity much sooner than you might think.

And there's only one clear-cut winner for investors.

The Fifth Precious Metal
Energy and Capital editor Christian DeHaemer tells you about the fifth precious metal along with gold, silver, platinum, and palladium... and why you should own some.
Saudi Panic
Energy and Capital editor Keith Kohl takes a closer look at how close the Saudis are to losing everything and why the deal recently reached by OPEC is falling to pieces.
The Monster Frac
Chris DeHaemer tells you why two new innovations, monster fracing and superlateral wells, will change the face of energy and cause the Saudis to panic.
Is Stock Picking Dead?
Energy and Capital editor Charles Mizrahi shows readers why now is the best time to invest, and how investors can take control of their financial futures.
Hydrogen Fuel Cells: The Downfall of Tesla?
Lithium has been the front-runner in the battery technology market for years, but that is all coming to an end. Elon Musk is against them, but Jeff Bezos is investing heavily in them. Hydrogen Fuel Cells will turn the battery market upside down and we've discovered the tiny company that is going to make it happen.