From Tesla to CRISPR: How Investors Profit from Progress

How I Keep Landing Quadruple-Digit Gains

If you don’t know the name Elon Musk, you’ve been living under a rock.

The incredibly forward-thinking entrepreneur, who essentially forced all the major automakers to embrace electric vehicles or die, is the kind of guy who people either love or despise.

He also brought reusable rockets to the mainstream and recently got early approval to build an underground transportation system that’ll take commuters from O’Hare International Airport to downtown Chicago in just 12 minutes.

To put that in perspective, it would take you about an hour to make that trip by car. Take a look for yourself: 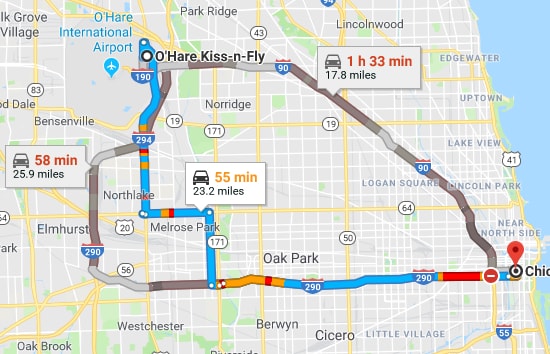 Finding solutions to some of the world’s most pressing problems is something Musk does. And he does this well.

But honestly, I’m not here today to praise Elon Musk.

Instead, I want to shine a light on something every investor should be aware of...

Skepticism is Healthy, but Defeatism is the Enemy of Wealth

What I mean by this is that those who are oftentimes quick to dismiss any kind of new technology because it seems too grand tend to be the types of people who curse those who eventually profit from it.

We saw this back with the dawn of the affordable automobile.

It was in 1903 when the president of the Michigan Savings Bank told Henry Ford's lawyer, Horace Rackham, “The horse is here to stay, but the automobile is only a novelty – a fad.”

Fortunately, Rackham didn't listen and invested $5,000 in Ford stock. He later sold it for $12.5 million.

And of course, we saw it again when Elon Musk had the audacity to launch an electric car company right before the global economy went into a tailspin.

It was back in 2010 when I recommended that folks buy shares of Tesla.

Despite an avalanche of hostile emails from folks telling me how stupid I was, I stuck to my guns.

We bought shares for about $30 a piece. 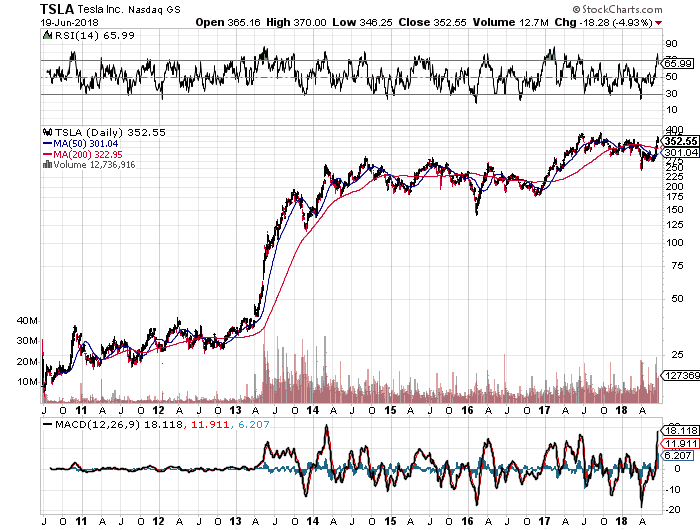 But I’m not telling you about this to chest pound.

I’m telling you this because it’s one of many examples of how I’ve personally embraced innovation — and profited from it — instead of mocking it.

I did it with Tesla.

I did it with renewable energy.

I did it with cannabis.

In fact, had you taken my advice to buy cannabis producer Canopy Growth Corporation (TSX: WEED) for $1.40 a few years ago, you’d now be up more than 2,440%. 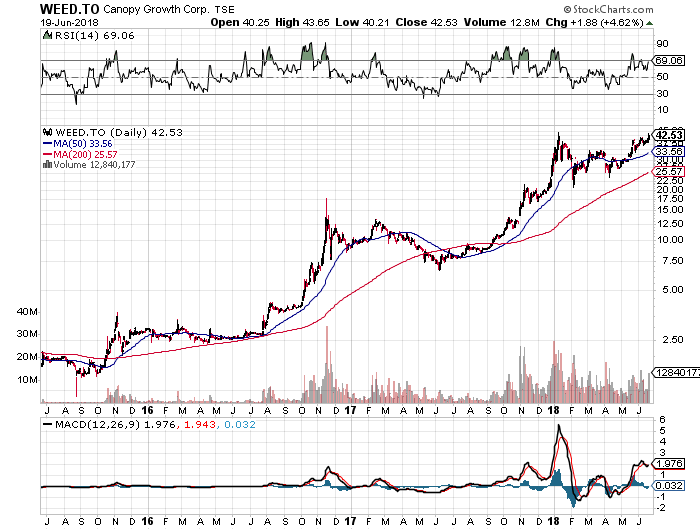 The crazy thing, though, is that to this day, people still tell me I’m foolish to invest in cannabis. Bu you know what? I’m crying all the way to the bank.

Don’t Fear Progress. Profit from It!

If there’s one thing I’ve learned in my more than two decades in investment analysis, it’s that to make a lot of money, you can’t be concerned about the naysayers. The Luddites. The folks who are so scared of progress that they’d rather mock it than profit from it. What idiots!

In fact, last week I told you about how, despite a recent sell-off in the market, we continue to invest in the biotech blockbuster known as CRISPR.

This is the technology that has the power to end disease forever.

From heart disease and cancer to diabetes and Parkinson’s disease, this CRISPR technology holds the key to eliminating most major diseases from our world — forever. And you better believe we’re getting a piece of this action.

But, just as I had expected, there were plenty of people who emailed me to tell me how I’m clueless and how CRISPR technology will never amount to anything.

I’ve heard it all before, and I’m sure I’ll continue to hear it as I focus my coverage on the types of groundbreaking industries that are setting the stage for all the things that will one day become commonplace.

A hundred years ago, so many people laughed when the world saw the earliest stages of personal automobiles, commercial airliners, personal computers, even the internet.

Those things are now as ubiquitous as trees, mountains, and oceans.

There are always plenty of investors who will give you a thousand reasons why something will never work. Those are the people who will never enjoy the kind of wealth that affords things like summer homes, first-class travel, and the ability to never have to worry about how much something costs at the grocery store.

Those are the people worth ignoring.

In fact, if you consider yourself one of those people, then I suggest you stop reading now, because you’re not going to like what you’re about to read.

In an effort to help forward-thinking investors make a ton of money by investing in the types of things that poor people ignore and rich people embrace, I recently published two white papers you absolutely need to read now.

The first is a complete analysis on that CRISPR technology I was just telling you about. It includes a complete breakdown of how the technology works and, of course, how you can profit from it while so many other investors remain in the dark. Here’s the link.

The second is a report I published that offers a sort of introduction to the world of cannabis investing. It lays out my entire thesis for why every investor should have some exposure to the cannabis space. It also gives you access to a list of more than 35 cannabis stocks you can buy right now.

I don’t mean to be brash, but I’ve helped thousands of investors just like you make insane amounts of money by doing little more than investing in the innovations and new technologies that are on the cusp of greatness.

To ignore these things would be beyond foolish. And to profit from them could be your ticket to financial freedom — forever.