From Camels to Batteries and Fuel Cells

Whenever I get into a row with a reader over the future of fossil fuels, there’s always one quote that immediately springs to mind.

It was from Rashid bin Saeed Al Maktoum, the first Prime Minister of the UAE.

Not ringing a bell?

Don’t worry, I have a feeling you’ve heard it before.

Now, you have to understand, when Maktoum uttered these prophetic words, he was referring to the fact that Dubai’s incredible oil riches would one day come to an end.

He’s right that one day the desert will once again swallow up the decadent city in the sand.

Yet this prophecy is just as fitting for the rest of us, too.

The very fact that crude oil is a non-renewable resource (don’t give me that nonsense theory about abiotic oil... you’d have better luck turning me into a flat Earther) should be enough for the world to realize that we won’t be using gasoline forever.

Someone far wiser than I once said that the past can hurt, and you can either run from it or learn from it.

And it appears the world is learning... and we may not even get the chance to find out if Maktoum is right.

From Camels to Batteries and Fuel Cells

Look, I’m not trying to suggest that the world will run out of oil today, tomorrow, or even three decades from now.

You and I both know that’s not going to happen.

According to the latest BP Outlook, oil will continue to absolutely dominate the transportation sector between now and 2040: 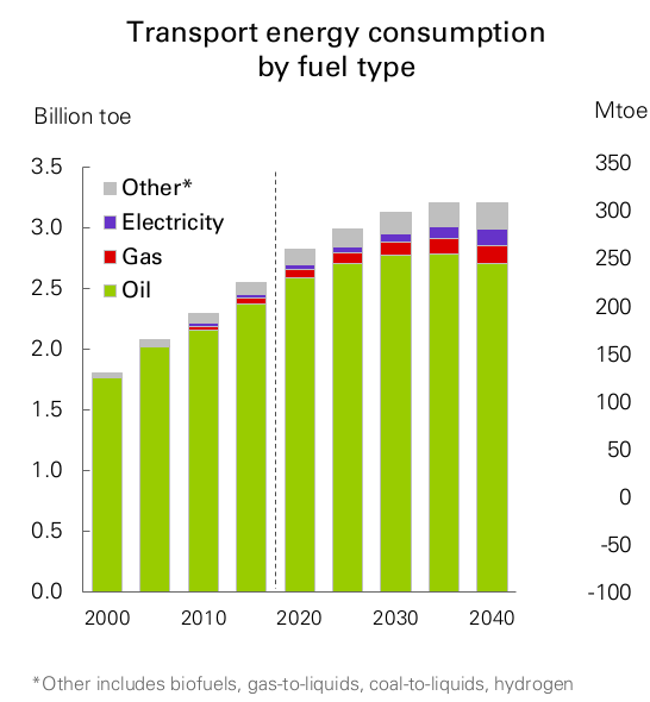 Keep in mind that this takes into account relatively flat (even lower) demand in OECD countries.

That’s one of the reasons all eyes are on China in this EV revolution.

There’s no question that EV sales are projected to rise significantly over the next seven years. 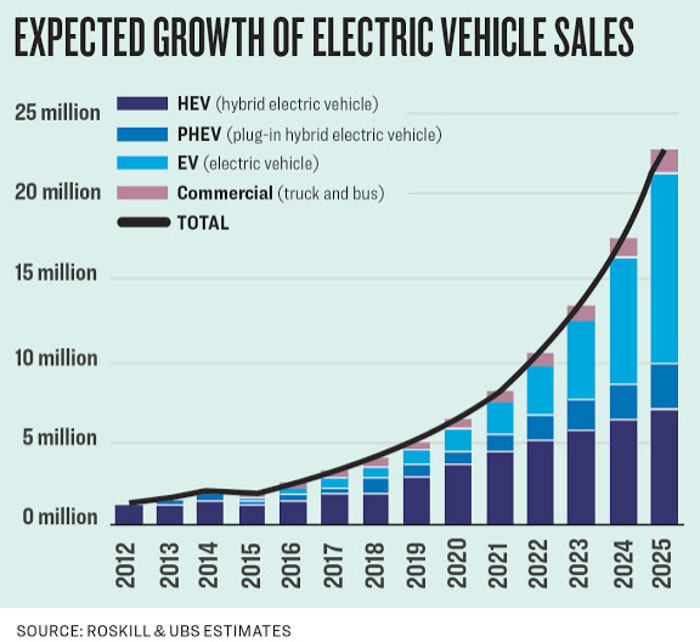 More importantly, it’s the driver of this boom that individual investors like you and me should be taking advantage of.

Within the next three years, the global market for lithium-ion batteries is expected to top $81 billion!

As you can guess, this demand has put a premium on players in the lithium space. And make no mistake, dear reader, it’s the battery sector that will consume tomorrow’s lithium supply.

All you need is to know the right place to look... and this can help you get started right away.

The world won’t be entirely run on lithium-ion batteries in the future, however.

While the media headlines are dominated by the battle over electric vehicles, with Elon Musk himself entrenched in a fight against other major automakers, there is one other opportunity that warrants your attention.

Now, unlike batteries, which store energy, fuel cells generate electricity from a fuel.

You’ve probably heard about hydrogen fuel cells at some point over the last few years. Although commanding a much smaller market than lithium-ion batteries, the fuel cell market is expected to reach nearly $7 billion by 2022.

But as more infrastructure is built in the coming years, you’d be surprised at its advantages.

Cars powered by hydrogen fuel cells, for example, have much greater ranges than EVs, and you don’t have to worry about charging them all night. Filling up is quick and easy.

Hyundai just unveiled its latest fuel-cell SUB recently, which will be available for consumers by the end of the year.

However, this is just the tip of the iceberg.

You see, there’s an even bigger side of the fuel cell story.