First installation in the UK, but certainly not the last!

A single battery could have 7 or 10 kilowatt hours of capacity, and would pair directly with pre-installed home solar systems.

In the U.S., the battery system has already been offered as a package with SolarCity's leased rooftop solar offering. There is even a business-scale Powerpack system already in use for a wine company in California.

Now the UK is seeing its first Powerwall system in action.

The battery set was bought by one Mark Kerr in Wales to go with his home's rooftop solar cells.

The company which installed the Powerwall, Solar Plants, did so for free as sort of a test: the company will be selling Tesla's batteries alongside its solar systems much like SolarCity, and wanted to see the pair together before expanding the business.

The company has already e-mailed a number of its clients with the news of the Powerwall, and found that about one-fifth of them were already interested. 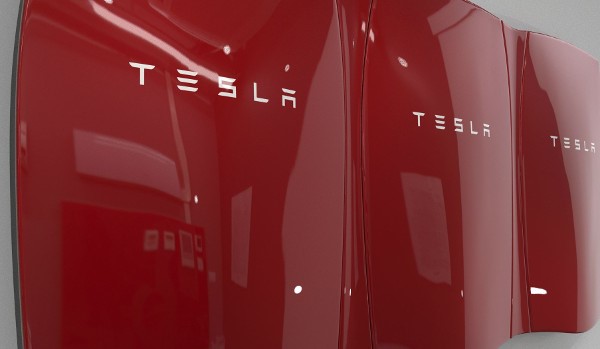 You see, the Powerwall adds a whole new level of functionality to a home solar setup. Many with these kinds of installations, Mr. Kerr included, get a small return for feeding excess energy their solar cells provide back into the public grid.

With the Powerwall, however, owners can simply save that energy up and use it themselves when they need it.

“It's a gorgeous-looking piece of technology,” says Kerr. “...something you can hang on the wall like a piece of art.”

“There is a lifestyle element to it,” adds Solar Plant managing director Oliver Farr.

The immediate benefits of an attractive battery pack may be dampened a bit by the price — still $3,000 or more per battery — but some like Kerr don't mind so much.

Rather than worry about the immediate costs, Kerr says it's worth it to have technology that makes his family's home that much more environmentally friendly.

To continue reading about the Powerwall's debut in the UK, simply click here to read the CleanTechnica article.