Last week, two million barrels of Iranian crude silently floated out of port with orders to make a beeline for its destination: Asia.

You see, after sitting idle with roughly $116 million worth of crude in its belly, the Starla and a very restless crew finally got the green light.

They didn't waste any time... 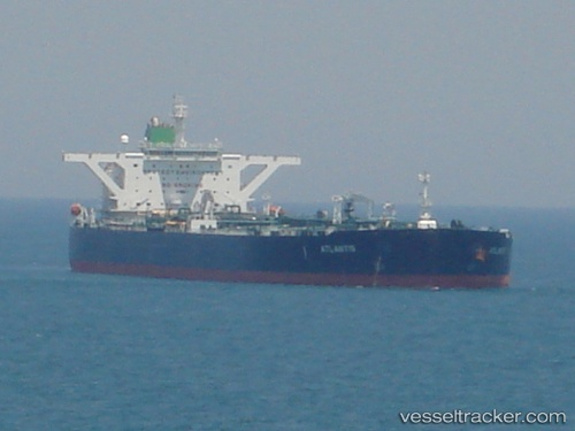 A few months ago, you would've been crazy to captain an oil tanker loaded with Iranian oil... at least with oil sanctions firmly in place and no deal in sight.

Oh, how the times have changed.

But just how much oil will be unleashed onto the global market? Analysts speculate that as much as 50 million barrels of crude oil are collecting dust in tankers like the Starla. Unloading that volume could push Iranian exports higher by an estimated 500,000 barrels per day within half a year.

Perhaps a better question, however, is whether or not Iran will return to its former oil-producing glory.

Why the Right Oil Companies Will Outlast the Glut

When the glut finally eases and oil prices increase, there's no question that more than one winner will emerge.

And while that's true, there's one critical point to remember: you have to pick the right ones.

First, I'll quickly explain how some investors are piggybacking on the Iran story. Let's pretend — no matter how unlikely — that a sanction-free Iran will be able to boost oil output to its 1970s peak of about 6 million barrels per day.

If only one thing holds true, it's that National Iranian Oil Company — the country's state-run oil company and owner of 7% of the world's total oil reserves — absolutely won't be able to achieve a rate of 6 million barrels per day anytime soon without help from multinational oil companies.

That's when Big Oil will gladly step in. After all, major oil companies like ExxonMobil have been scrambling to gain the ground they've lost to national oil companies, and Iran is the perfect place to do so.

We knew this was coming, too; it really was a no-brainer for them.

Execs from companies like Royal Dutch Shell, Eni SpA, and Total SA have been courting Iranian officials for months now. Iran has even gone so far as to invite others, like BP, ConocoPhillips, and Chevron, to come to the table.

Now that oil sanctions have been lifted, you can bet they'll be answering those calls.

But here's the thing: We can do a lot better than Big Oil, especially given the incredibly steep discounts we see in the independent drillers.

The value is almost too incredible for individual investors to pass up, and here's why...

Forget the bearish headlines over rig counts. Well, don't entirely forget them, but keep something very important in mind: Rig counts today don't mean nearly as much as they did in the past.

Ever notice that despite the precipitous decline in active drilling rigs since the summer of 2014, U.S. oil production has actually increased by more than 11%?

We can attribute this success to two factors: efficiency and lower costs.

One topic we've been hammering home here at Energy and Capital is that drillers are getting better at extracting tight oil and natural gas from underground with every new well they drill. There may be 50% fewer rigs drilling in the U.S. today compared to December of 2014, but today's rigs are drilling deeper and faster than when the shale boom took hold in 2008.

This boost in efficiency has directly led to lower breakeven prices for our strongest oil-producing regions — by as much as 50% over the last four years. In fact, well performance has jumped approximately 15% in the last 12 months alone.

Shale Technology: Why Tech Will Save Our Oil Boom
Energy and Capital editor Keith Kohl explains to readers what it will take to drive our shale boom to the next level.
A Rough Week for Oil Investing
Energy and Capital editor Keith Kohl explains why investing now is the key to success.
Russia is the Real Winner in the Iranian Nuclear Deal
Energy and Capital editor Keith Kohl explains why Russia will be glad to have Iran free of sanctions.
More Buyouts in the Oil Patch
How the low-price oil market has and will continue to encourage mergers and acquisitions from expanding companies.
Hydrogen Fuel Cells: The Downfall of Tesla?
Lithium has been the front-runner in the battery technology market for years, but that is all coming to an end. Elon Musk is against them, but Jeff Bezos is investing heavily in them. Hydrogen Fuel Cells will turn the battery market upside down and we've discovered the tiny company that is going to make it happen.