Everything You Need to Know About DAPL

The Final Winner from the Dakota Access Pipeline Protest

December 22, 2014 started off as a pretty normal day for Darrell Nitschke, the Executive Secretary of the North Dakota Public Service Commission. 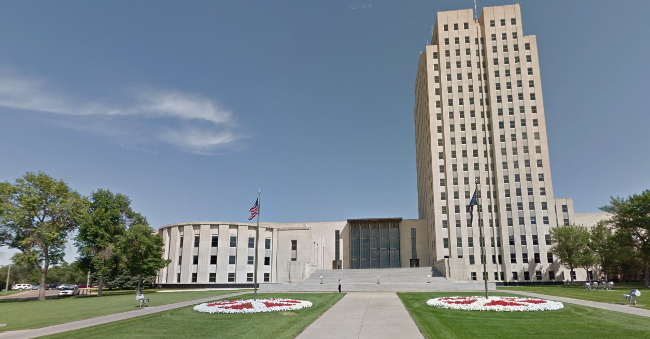 At least, it was a typical day until a small package arrived on his desk. Its contents included nothing more than a small USB drive... and a check for $100,000.

On the USB were eleven copies of an application to construct a new pipeline and all the pertinent information necessary to get the permit approved.

I know you’ve come across the #NoDAPL protests at some point recently, but no matter which side of the fence you’re on, it’s hard not to see this pipeline being completed in the near future.

And soon we’re going see the real winners emerge from this politicized mess.

Breaking Down the Entire DAPL Debate

It turns out that all it takes is 30 inches of steel tubing to turn what would be a normal permit process into the debacle it is today, with both sides feeding off of the fear and emotions associated with these protests.

In all fairness, these types of projects absolutely should be scrutinized, especially when anyone’s water resources are in play. And make no mistake; the water issue has been at the forefront of this heated debate.

Unfortunately, there are too many details that just aren’t adding up.

Look, forget for a moment that the Dakota Access Pipeline is being built on private property, or the fact that it doesn’t touch the Standing Rock Sioux’s land. Let’s even forget that the Standing Rock Sioux refused to participate in any meetings set up by Energy Transfer Partners, that the company has already spent nearly $4 billion completing three-quarters of the project, or that the pipeline’s route has been changed more than a dozen times to accommodate everyone.

It all comes down to water, right? After all, all it would take is one leak or mishap, and the tribe’s water resources are suddenly in danger.

What they don’t tell you is that the company is actually paying money to relocate that water intake further away, to a location more than 70 miles from the pipeline.

I know it’s easy to cast oil companies as the supreme villain in these situations, but the evidence is that Energy Transfer Partners has been bending over backwards to appease everyone.

The route of the pipeline even follows alongside existing pipelines, where construction has already taken place, greatly reducing the chances of infringing on sacred ground.

That’s not to excuse any of the atrocities being committed against the protesters, mind you, but it’s clear that the company is trying to keep everyone involved in the process.

First, you have to understand that this pipeline will be built no matter what.

Now throw in a myriad of pro-DAPL factors, including an incoming Trump administration that will undoubtedly be friendly toward the oil and gas industry, and it’s not too far-fetched to see this pipeline being streamlined.

President-elect Trump has already stated that he intends to bring back the Keystone XL pipeline; why would we ever think that the DAPL project wouldn’t immediately receive the necessary approval? (Spoiler alert: the company already did.)

But here’s why you want this pipeline built...

I’ve mentioned as far back as February that the oil industry is slowly moving away from a bottom.

Well, if you didn’t see the bullish signs on the horizon back then, the recent decision by OPEC to cut production should sway your sentiment.

Of course, the real question is how U.S. drillers will respond to higher prices. It would be all too easy for them to turn the taps back on full blast, too. Right now, there are approximately 5,155 wells that were drilled in the United State’s most prolific oil-producing regions that haven’t been completed.

It’s a delicate balance, to be sure.

In the Bakken region in particular, however, the biggest obstacle that drillers faced wasn’t increasing production; it was getting their product to market. The state had hit its pipeline capacity in no time at all, so companies had to resort to riskier, more expensive options like rail and truck.

We know how devastating that turned out to be, don’t we? How many high-profile rail explosions have we seen over the last few years?

Even today, after oil production in North Dakota has fallen to a little more than 800,000 barrels per day, infrastructure is desperately needed.

The Dakota Access Pipeline will connect Bakken drillers with pipelines in Illinois. When it’s completed, the pipeline will transport more than half a million barrels of Bakken light, sweet crude to multiple markets.

It’s only a matter of time.