Ending Our 320-Year Affair With Coal

If I were to ask you when we first started to fall in love with coal, there are dozens of answers you might give me.

Perhaps some of the younger crowd would say 1990, when coal consumption in the U.S. topped 1 billion tons that year for the first time in history.

Or maybe a few of the grizzled veterans in our investment community here would say 1961, the year that coal became a major go-to fuel to generate electricity here in the United States.

I’ll even bet there are a few history buffs out there who would go as far back as 1848, when the first coal miners' union was formed in Pennsylvania.

But it wasn’t any of these events.

In fact, it wasn’t even in 1816, when Baltimore became the first city to light up its streets with gas from coal.

No, dear reader, we can blame the French for this one.

The Death of Coal

Back in 1701, a group of Huguenot settlers stumbled across coal near Manakin-Sabot, Virginia.

Consider it the first commercial exploitation of coal in the United States. It wasn’t very long before production from mines started up in the area, and ever since then we’ve embraced that torrid, dirty love affair.

Coal became a vital resource during the Revolutionary War later on in the century. Of course, you know the highlights just as well as I do.

By 1866, the first strip mines were up and running, and the rest, as they say, is history.

But we’re about to end this dirty, torrid affair that started 320 years ago.

There are simply too many red flags to ignore.

And both of us have perfect, unobstructed front-row seats for this breakup.

If you want to see firsthand just how far the mighty have fallen, look no further than last year’s energy consumption: 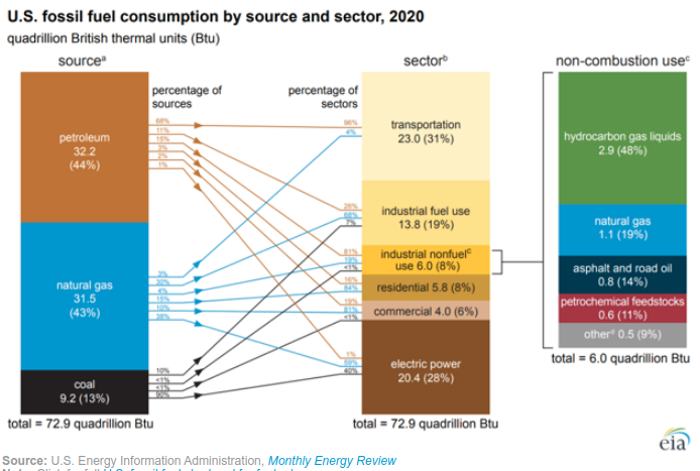 Last year, coal accounted for roughly 13% of our fossil fuel consumption, with the overwhelming amount of that demand coming from the electric power sector.

Overall, coal made up just about 10% of our total energy use last year.

To put a little perspective on this, keep in mind that this is roughly HALF of what our coal consumption was less than a decade ago.

Unfortunately, the outlook gets worse for the coal industry from here on out.

If there’s any doubt right now, the true coal killer in the United States was the sudden availability of cheap natural gas.

You know this just as well as I do.

Look, we’ve catalogued the death spiral the coal industry has been in for years. The fact that coal plants are getting too old with no significant new capacity coming online is one of the biggest red flags we’ve identified together.

But how bad have things really gotten?

Last year, roughly 151 coal mines went idle or were outright closed, leaving just 370 active, and only about 40 mines were new or reactivated.

In 2020, U.S. coal production plummeted 24% to approximately 535 million short tons — roughly the same amount we were producing back in 1965!

You see, cheap natural gas may have killed coal in the United States, but the one lifeline the industry was able to desperately cling to was overseas demand.

So when massive coal addicts like China imported nearly 20% less coal during the first half of 2020 compared with 2019, you don’t need to read the tea leaves to see disaster on the horizon.

Sadly, this story won’t have a happy ending.

Most people believe that if there is one thing that could rescue the coal industry, it’s more expensive natural gas.

Except I don’t think that’ll be enough...

And it all comes down to the electric power sector.

Stay tuned, because next week we’ll dive deep into the real winning sector after the death of coal.