Department of Energy Invests in H2@Scale

It's the most abundant element in the universe... and it could be the key to solving all the world's energy issues.

In fact, fuel cell was first invented over 200 years ago.

In 1800, English physicists and inventors first described the process of using electricity to split water into hydrogen and oxygen. Then in 1839, Welsh inventor William Grove was the first to demonstrate the process.

But through the Industrial Revolution such technology was, for the most part, held back by cheaper energy resources that were easily accessible like oil and natural gas...

Until it wasn't cheap or easy to acquire anymore. 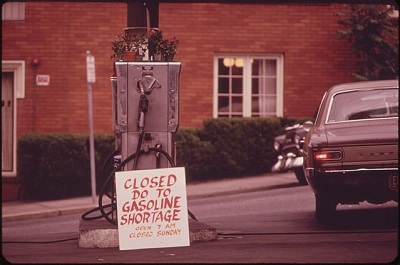 Amid the global energy crisis of the 1970s, scientists and innovators began seriously exploring hydrogen as a clean, extremely abundant, low-carbon fuel.

The media caught on to the new energy alternative, and hydrogen-powered vehicles were first introduced to the world. Hydrogen even garnered the attention of celebrities like Jack Nicholson.

The energy crisis of that era was put on hold. But in the years that followed, growing environmental concerns kept hydrogen on the back burner as a clean energy alternative.

In a 1995 report, titled “The Green Hydrogen Report,” the U.S. Department of Energy identified hydrogen as a “critical and indispensable element of a decarbonized, sustainable energy system.”

In that analysis, the Energy Department said:

Hydrogen and electricity, ultimately derived from renewable technologies, will serve as the clean, inexhaustible energy carriers in the rapidly approaching next century. The widespread introduction of these energy forms would dramatically reduce the nation’s air pollution, enhance its energy security, and ameliorate potential global climate problems.

Hydrogen’s contribution to world energy remains extremely limited. But rapid advancements in those technologies are finally beginning to make the dream of a hydrogen-driven energy future a reality.

Hydrogen technologies have experienced cycles of excessive expectations followed by disillusion. Nonetheless, a growing body of evidence suggests these technologies form an attractive option for the deep decarbonisation of global energy systems, and that recent improvements in their cost and performance point towards economic viability as well...

Challenges around cost and performance remain, and considerable improvements are still required for hydrogen to become truly competitive. But such competitiveness in the medium-term future no longer seems an unrealistic prospect, which fully justifies the growing interest and policy support for these technologies around the world.

The United States, which produces over 10 million tonnes of hydrogen annually (about one-seventh of the world's supply), has recently shown keen interested in the development of hydrogen energy technologies.

Last week, the U.S. Energy Department announced it will have spent about $40 million during FY 2019 funding for 29 projects to advance the H2@Scale concept. (Previously the DOE said it would spend $31 million on H2@Scale research this fiscal year.)

H2@Scale, an abbreviation for “hydrogen at scale,” is a concept that generally explores the potential for wide-scale hydrogen production and use. The initiative involves various methods of exponentially expanding production, transport, storage, and utilization of hydrogen in the energy sector.

The H2@Scale concept is a critical piece of the country’s comprehensive energy strategy and an enabler of multiple industries in our economy. As an energy carrier, hydrogen has the potential to unite our nation’s domestic energy resources. These selections support DOE’s mission and advances our commitment to enable economic growth and energy security through the development of more affordable hydrogen technologies. 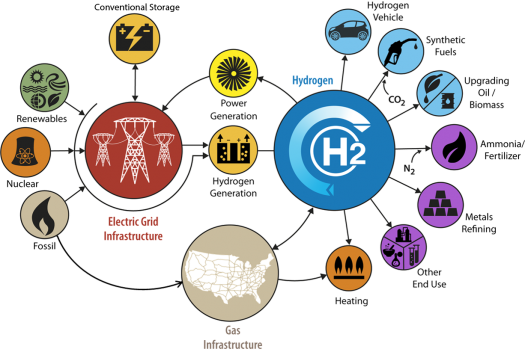 Current hydrogen infrastructure in the United States includes over 1,600 miles of hydrogen pipelines, thousands of tons of storage in underground caverns, and a small but growing network of stations.

And as you can imagine, increasing the scale of the nation's hydrogen production, transport, storage, and utilization from today’s baseline is complicated. But it will open the door to big profit opportunities across various sectors in the economy.

In fact, that's part of the goal. Perry says in the statement above that the H2@Scale concept is “an enabler of multiple industries in our economy.” And the DOE's website says it will “increase revenue opportunities in multiple energy sectors.”

With the government spending tens of millions of dollars in an effort to rapidly expand the hydrogen industry with the H2@Scale concept, investors like Keith Kohl are betting big on hydrogen.

Keith says, “There's a lot of misunderstanding and over-generalization about hydrogen. Hydrogen is bigger than just fuel cell cars. Its role in the energy sector, amid rapid development of technologies like 5G and AI, will serve to transform industries across several sectors.”

Keith has recently published a complete report laying out this hydrogen investment thesis, which you can check out for free here.

With energy prices on the rise as geopolitical tensions swell, and as the demand for climate-mitigating alternatives continues to grow ever stronger, hydrogen-based energy solutions and the H2@Scale concept will be among the top energy priorities for the United States and market sector. Invest accordingly.