The Frontlines of Misinformation

“It shall be unlawful for any person to engage in hydraulic fracturing within the corporate limits of the city.”

This is the crux of a law forced into place after a grassroots effort from a group of citizens in the small town of Denton, Texas.

Early last year, the group banded together and found enough signatures to force the ordinance onto the ballot for the 2014 election.

If passed, the ban would've ended drilling in the city just northwest of Dallas and nestled in the Barnett shale, where a plethora of natural gas is fracked for consumption.

Alas, as the election drew closer, pundits of all sorts chimed in on the situation. Environmentalists lauded the effort, while industry-backed groups threatened legal action.

In November, voters in Denton passed the measure with 60% of the vote, making it the first city in Texas to ban fracking.

The Texas Oil and Gas Association decried the action and immediately filed suit in an attempt to rescue the lost royalties owed to mineral rights owners. 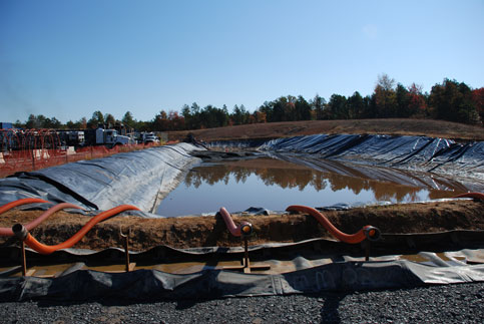 Many residents claimed they did not want an all-out ban on the process but simply for the industry to take appropriate measures to keep the air and water near schools, parks, and neighborhoods clean and safe for consumption.

Unfortunately, the drafters of the petition and law were unable to compromise, and the process was banned.

However, as the lawsuits began, a new challenge to the ban has ushered in another wave of conflict in the city that investors all over the world are now paying attention to.

I Raise You a Ban on Your Ban

Aside from the lawsuits against it, the ban seemed to go off without a hitch...

Drillers stopped drilling, and the city looked for ways to resurrect lost economic activity; without the workers provided by fracking, many businesses in the city feared big losses in revenue.

However, with a few deft flicks of a pen, Texas Governor Greg Abbott squashed the ban almost as quickly as it had come to pass.

After the ban went into effect, the Texas legislature passed House Bill 40, a measure that effectively bans all local bans on fracking in the state. And with the governor's signature, the bill nullified the efforts of environmentalists in Denton.

Earlier this week, the new ban-on-bans law went into effect, and drillers in Denton resumed operations despite a few protests.

One group of fracktivists even locked themselves to the first well scheduled to resume production, only to be arrested for trespassing.

Now the people of Denton who supported the ban feel helpless, and the city council is mulling a full repeal so it can avoid the lawsuits that have depleted city coffers to the tune $220,000 so far this year.

Of course, the state law does seem directly against the will of the people of Denton, but they had to know it was coming...

I mean, oil, gas, and the lobbies that advocate for fossil fuels are king in Texas.

Plus, as state leaders relish Texas's unbelievably low unemployment rate, they feared the loss of jobs could ripple if more cities banned the process.

And even though many members of the press excoriated the bill as overreaching and environmentally dangerous, some evidence published this week rejects that notion.

On Thursday, the Environmental Protection Agency released its massive study on the effects of hydraulic fracturing on drinking water.

It goes like this: Many feared that when drillers blasted rocks with chemicals and water, the fissures created would cause chemicals to seep into aquifers. 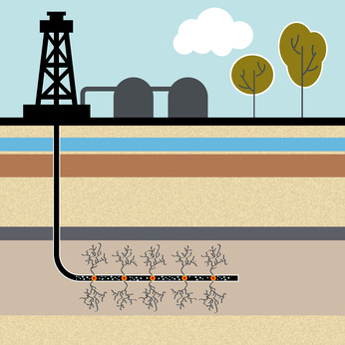 As you can see, the shale fracked by drillers lies deeper than the aquifers, which are close to the surface. However, if the fissures are big enough, chemicals can sometimes migrate towards and even into the water.

When it happens, drinking water can be contaminated and even burst into flame... 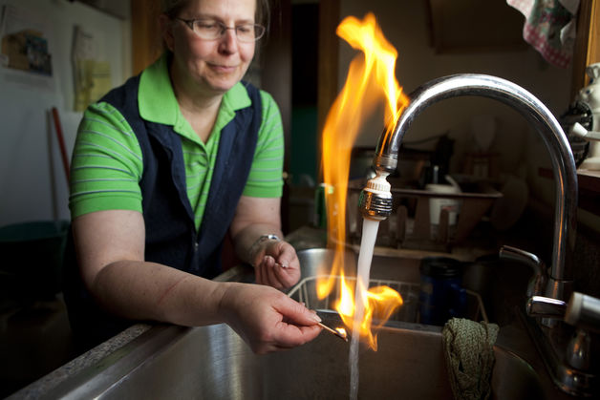 Images like the one above have become a mainstay of the movement against fracking, and Denton represents the frontlines, so to speak.

But — and this is important — the EPA's Chief Science Adviser Thomas Burke stated this week that “the number of documented impacts on groundwater resources is relatively low.”

Which led the EPA to declare:

Who would've thunk it? A vindication for hydraulic fracturing studied and written by none other than the EPA.

This study lays waste to the claims of Denton environmentalists who banned drilling there and supports the other communities in Texas that have saved their economies because of fracking.

Of course, there still may be some battles over the process in Denton, but now that the state has made bans illegal and the EPA says it's safe, other places in Texas will move forward full bore.