The Future of U.S. Energy Exports

There are a few dates that stick out in the history of the U.S. oil industry.

For me, August 28, 1859 — the day the Drake well was completed — is one. That event kick-started a drilling rush that spread throughout western Pennsylvania.

On the opposite side of the spectrum is November of 1970. During this month, U.S. domestic crude production averaged 10.044 million barrels per day. That isn't speculation, mind you, and that event started the decades-long decline that has become the Hubbert Curve.

Couple that declining production with the 1973 Oil Embargo, and you have the recipe for what happened in 1975 — another significant moment on our oil time-line. Just five years after the U.S. hit its production peak, a prohibition was placed on exporting crude oil.

Antiquated, archaic, outdated... Go ahead and pick your favorite synonym to describe this export ban today. The first one was chosen by Senator Lisa Murkowski in a recently published white paper on the future of U.S. energy exports.

Now, before the pro-energy-independence crowd tars and feathers the very notion of shipping our light, sweet crude abroad, we'll let the senator have her say. According to her, the Department of Commerce has the authority to lift the ban. At least, they do if they can show it can't be reasonably marketed here in the States.

The gentle lady from Alaska took her shot at doing just that, saying, “A mismatch then in our nation's refining capacity has already emerged and common sense suggests that the mismatch should meet these qualifications.”

So where does this mismatch come from? Glad you asked...

This is how Sen. Murkowski delved into this mismatch:

“The basics are simple. The shale plays in the Bakken and Eagle Ford are yielding so-called LTO, or light tight oil. Our refining capacity is concentrated in the Gulf Coast and is geared primarily towards heavier grades of crude.

Now, as many analysts have pointed out — at the EIA, IHS, Global, and elsewhere [I'm flabbergasted she didn't mention your humble editor, too] — mechanisms exist for moving LTO out into the market. It can be shipped to lighter grade refineries on the East Coast, for example, or blended with heavier grades. It can be shipped to Canada. Refineries of course can also be modified to accommodate lighter grades.

With minimal exceptions, the export of crude oil is prohibited by law. There will come a time, however, when we will have an unsustainable glut of this light crude. It may be next year; it may even be a matter of months. The free market works wonders, but it can't work magic.”

Technically, dismissing the ban on crude oil lets companies boost oil production and sell more oil than ever before, adding it to a growing list of energy exports: 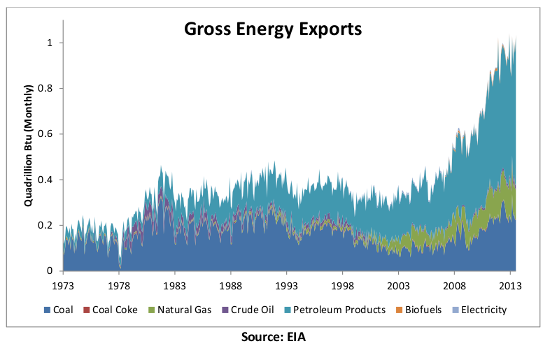 But is there really plenty of light, sweet crude to go around?

Right now, it's almost too easy to say yes. According to the EIA, the U.S. produces 7.7 million barrels per day — its highest point since April of 1989.

By 2015, the EIA expects domestic crude production in the U.S. to average 9.5 million barrels per day. It's not quite topping the peak from November 1970, but it's close.

But there's one serious difference between the oil today and the crude pumped 40 years ago: cost. This tight oil comes at a much higher price tag... 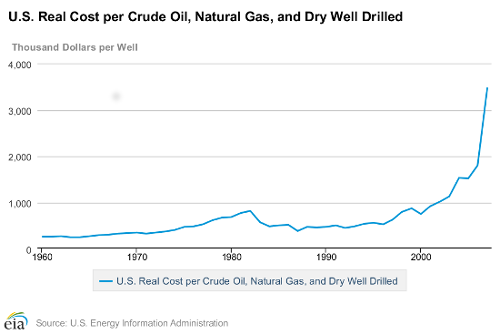 It shouldn't really come as a surprise that Big Oil is drooling over the chance to sell some of its crude on the global market.

And with our high quality crude hitting foreign markets, where will that leave our refiners?

A Mismatch Made in Heaven

As it stands now, those heavy oil refineries on the Gulf Coast take in about 3.5 million barrels of crude every day, and it's already a heavy oil battleground.

Roughly two-thirds of this amount is oil from OPEC members, with nearly half of all imports to the Gulf Coast coming directly from Venezuela and Saudi Arabia. Selling our light, sweet crude elsewhere opens the door for these refineries to buy up cheaper, heavier grades of crude.

Refiners in the region like Alon USA Energy who have geared their facilities towards sour, heavy oil fared much better for investors than larger players like Valero and Marathon: 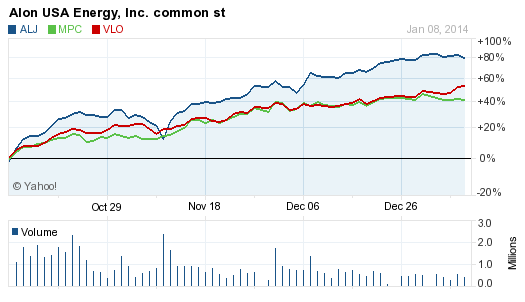 That's an impressive 3-month return in anyone's book. Helping matters is the fact that petroleum products have become the largest element in U.S. exports.

Will the ban be lifted? Perhaps, but it will certainly take time to convince the pro-energy-independence pundits...

After all, demand for liquid fuels in the U.S. is expected to remain relatively flat (if not decline a little) in the foreseeable future. I think it's only a matter of time before shale oil hits the world's light oil refineries.

The Oil Showdown in 2014
Energy and Capital editor Keith Kohl explains Warren Buffett's multi-billion-dollar bet in oil.
Five Energy Winners for 2014
From Mexican oil production to deepwater drilling, events in 2013 paved the way for burgeoning industries in the new year. These five trends will dominate the energy space in 2014...
West Texas Oil Flood
One West Texas oil field will generate billions of dollars in oil profits to early investors.
The Dark Side of an Oil Boom
Energy and Capital editor Keith Kohl shines a light on the darker side of the U.S. oil boom, showing investors why tight oil plays like the Bakken Shale are the last hope for oil profits.
Hydrogen Fuel Cells: The Downfall of Tesla?
Lithium has been the front-runner in the battery technology market for years, but that is all coming to an end. Elon Musk is against them, but Jeff Bezos is investing heavily in them. Hydrogen Fuel Cells will turn the battery market upside down and we've discovered the tiny company that is going to make it happen.