Just in time for Halloween, something spooky is happening in the energy market: Coal is crawling out of the grave to reclaim its old seat at the table.

After what we all assumed was certain defeat at the hands of cheap natural gas and renewable energy, the ghost of energy past is back to haunt us once again.

In the U.S., coal consumption topped out at 1.1 billion tons all the way back in 2007. Ever since then, the media have been pushing the “death of coal” narrative.

And since coal was declining right before our eyes, nobody questioned it. Around this same time last year, prices sank as low as $45 per metric ton.

In today’s market, that same ton of coal will run you somewhere around $250. We haven’t seen prices skyrocket like this in more than a decade.

In between choruses of “I told you so,” some more cautious investors will point out that coal was never really dead. It was just hibernating, patiently waiting for the world to come crawling back — and crawl back we did.

At this point, it's fair to say the world collectively bit off a little more than it could chew. Cheap natural gas and endless funding for renewables lulled utilities into a false sense of security.

Now that some continents like Europe and Asia have seen gas prices rise more than 500%, power companies are scrambling to keep the lights on by any means necessary. And at this scale, their precious renewables won't cut it. 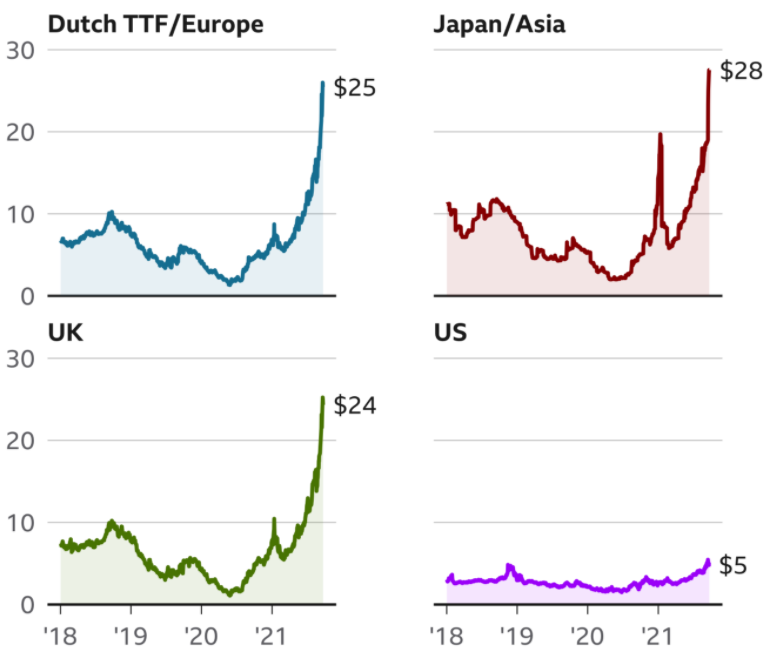 This energy vacuum is reviving coal and bringing it back into the market. It's going to be dirty, but there’s a solid-gold investment opportunity buried in the rubble: If U.S. producers can manage to secure deals with some of the hardest-hit countries, it could more than double the nation’s total exports.

Coal Hasn't Been This Promising Since the Industrial Revolution

Energy shortages across the world are forcing desperate nations to abandon their climate promises in favor of keeping people warm this winter.

And to be fair, everyone knew China’s flimsy commitment to green energy would come second to economic growth.

Overall, I can't say I'm surprised. At the end of the day, people need energy. And they are going to get it from the cheapest source possible unless forced to do otherwise.

That being said, the willingness of some governments to jump directly back into coal power is still somewhat amusing.

Now, it’s unfair of me to lay all the blame at the feet of the green energy movement. The well-intentioned environmentalists aren't totally to blame here. If anything, the world’s addiction to cheap natural gas is behind the domino effect of shortages we're seeing.

Green energy’s main role in this drama was convincing the public that renewables and natural gas were more than enough for the world. With that in mind, we started shutting down coal plants under the assumption that things would stay the same.

If the last few years have taught us anything, it’s that assumptions can be deadly.

For example, take a look at this graph. It charts the price increases for each type of energy over recent months. If I had assumed we were in for another year of cheap gas prices back in March, I would be in for a long, cold winter. 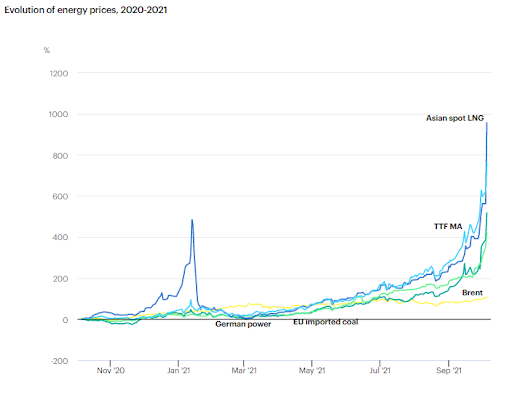 Bearish investors are patting themselves on the back over this one. While the rest of the world thought the green energy revolution was right around the corner, others saw it for what it was: wishful thinking.

The EIA’s short-term outlook tells you everything you need to know: 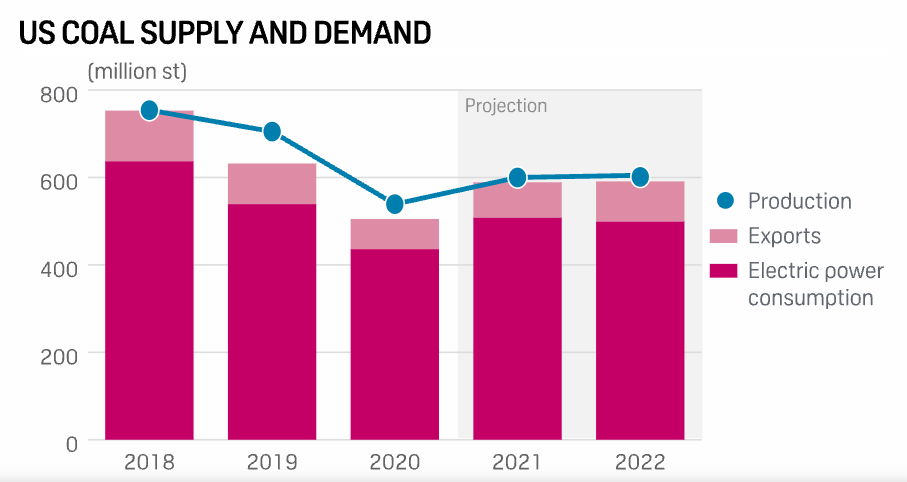 Heading into 2022, forecasts are calling for yet another 10% jump in consumption. And nearly all of it will be headed straight into power plants to stockpile against the coming winter.

But if coal is making a resurgence, the U.S. is definitely going to get a piece of it. And domestic coal miners just caught one of the luckiest breaks they've seen in years.

Despite Trump’s commitment to the “China virus,” it was Australia that took the blame for raising concerns about China’s role in COVID-19. So in return, China completely shut down its imports of Australian coal.

Millions of tons are still taking up space in warehouses along China’s coast, frozen in place until customs decides what to do with them.

The U.S. is practically drooling at the opportunity to become China’s coal hookup. After reporting almost zero coal exports last year, the U.S. is looking at a fire sale in the making. American miners shipped out 156 million tons this past June alone, 28 million of which went straight to China.

There’s no denying it now: Coal is staging a comeback, and it carries with it a stern warning about putting too many eggs in one basket. Natural gas supplies are heavily dependent on international supply chains, and renewables are limited by inconsistency.

Failing to prepare a backup for when gas prices shoot up and the wind stops blowing means the world has no choice but to turn back to coal.