Choose One: EVs or Food?

For those of us grounded in reality, that question has an obvious answer.

Sadly, we aren’t always given the option. Our out-of-touch leaders, on the other hand, seem perfectly happy to make the decisions for us. 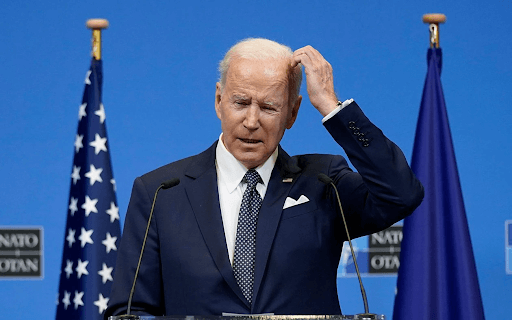 And in the last few years, look where their decision-making skills have landed us.

We’re living in an age of shortages. Energy, computer parts, baby formula, medicine, used cars — you name it, we don’t have it.

I can’t fairly blame everything on an inept generation of leadership, but I will single out one particularly dangerous group: the environmental zealots.

To set the record straight, I’m a huge supporter of renewable energy. I’m 100% confident humanity will solve the clean energy puzzle one day.

I also try my best to live in the real world.

The technology isn’t ready today. It won’t be ready tomorrow, and there is no guarantee that it will be ready next year.

President Biden supposedly wants 50% of all vehicle sales in the U.S. to be EVs by 2030. That means in less than a decade, he’s expecting an almost 800% increase in available EVs — which cost over $50,000 on average.

That’s far ahead of even the most ambitious projections. 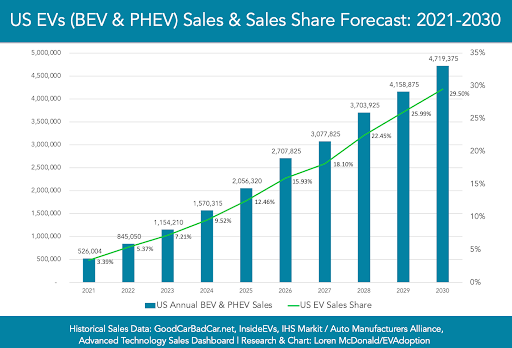 It’s also a monumental logistical challenge from every corner of the supply chain. But let’s briefly depart from reality and say he pulls it off.

Say the year is 2030 and our electric utopia has been achieved. Millions of EVs are flying off the line and into happy customers’ driveways.

Battery production has drained the world of a crucial mineral, sending global prices through the roof. Fossil fuels, the original source of this mineral, have since fallen out of fashion.

At this point, the generation that made the decision is long dead. But the choice was already made — EVs over food.

Disclaimer: This Dramatization Is Inspired by True Events

That's the worst-case scenario, I’ll admit. But it highlights a very real danger. 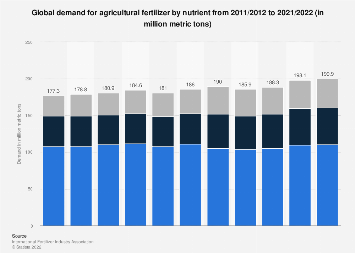 Chemicals like nitrogen and phosphorus are the most commonly known. Potassium is also in high demand, as it helps plants resist disease.

A lesser-known component of many fertilizers is sulfur. It is the fuel plants use to build chlorophyll, certain enzymes, and two of the 21 essential amino acids.

Collectively, the planet uses close to 240 million tonnes of sulfur per year. The world’s food supply would completely disappear without it.

Unfortunately, just about every other industry on Earth depends on sulfur in some form or another.

Sulfuric acid, the most common form, can be used to refine petroleum products, synthesize medicines, produce detergents, clean up steel, and, most importantly, extract pure lithium from the ground. 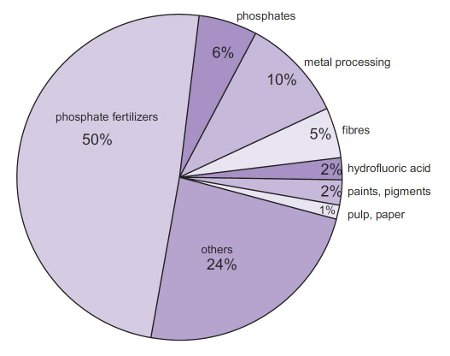 Combine that with the fact that most raw sulfur comes as a byproduct of desulfurizing gasoline. If Biden has his way, there won’t be much of that left to use.

The only other option? Mine elemental sulfur directly from the Earth.

The price and environmental damage would both rise exponentially. In turn, less people would be able to afford EVs.

Not only would the world’s fertilizer supply become severely limited but there’s also a chance that it might not even work.

That’s the risk of charging forward into an immature industry with nothing but the promise of reelection on your mind.

Always Look Before You Leap

We’ve got a lot of work to do before the world is ready for EVs. If you thought that lithium was the only metal at risk of a shortage, think again.

And then think a few more times, for that matter.

There are multiple key materials that will suddenly be in demand at an unprecedented scale once EVs become standard. And just like sulfur, mining isn’t always the solution.

If Biden wants his grandkids to see his electric utopia, a few things are going to have to happen.

For one, we can’t keep wasting lithium like this. Given the technology we have now, it’s like reburying gold.

Only one company has control of the patents needed to commercialize the process. Given how important lithium is to Biden’s plans, this technology could become a mandatory part of battery making.

On a similar note, the world’s leaders also need to lock down a supply of this “Miracle Mineral.” It’s one of the other critical components of fertilizer but far more important.

If the world finds itself short on this mineral, it’s already too late. It could spark a global food shortage unlike anything else the world has ever seen.

There’s no denying it; these crises are coming. The companies linked above are actually doing something about it.

That’s where I would put my money.