China just put $3 billion worth of tariffs on U.S. imports, including pork products and soybeans used to feed pigs.

But the joke is on them because the Chinese company WH Group (OTC: WHGLY) bought Smithfield Food in 2013 for $5 billion. The shares dropped 11% when China went ahead with its 25% tariff.

Why pigs? Well, it turns out there is a Chinese pig glut, and the price has been falling off a cliff. 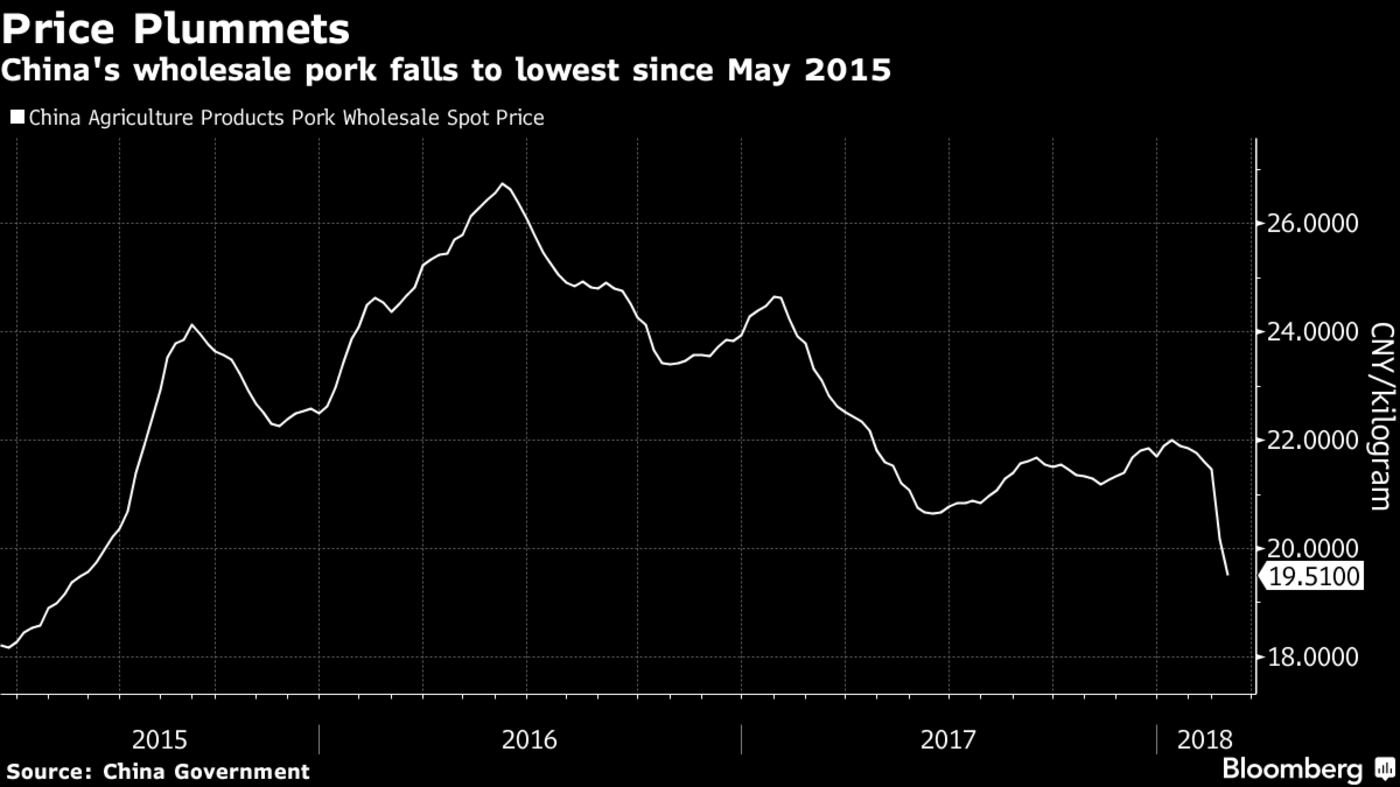 In the never-ending cyclical story of farms, a few years ago the Chinese saw growing demand and created a mass of new pig farms. Alas, the supply of pork chops hit just as demand slowed down.

Presumably this sudden crash has put the hurt on many of the politically connected pork producers. The price is expected to recover later in the year, but then come under more pressure in 2019 as even more pig farms come online.

China wants to end this glut and jack up the prices by reducing imports. Trump’s trade war gives them the means to do it.

That is why they also added soybeans to the tariffs. China imports $22.8 billion worth of soybeans from the U.S. 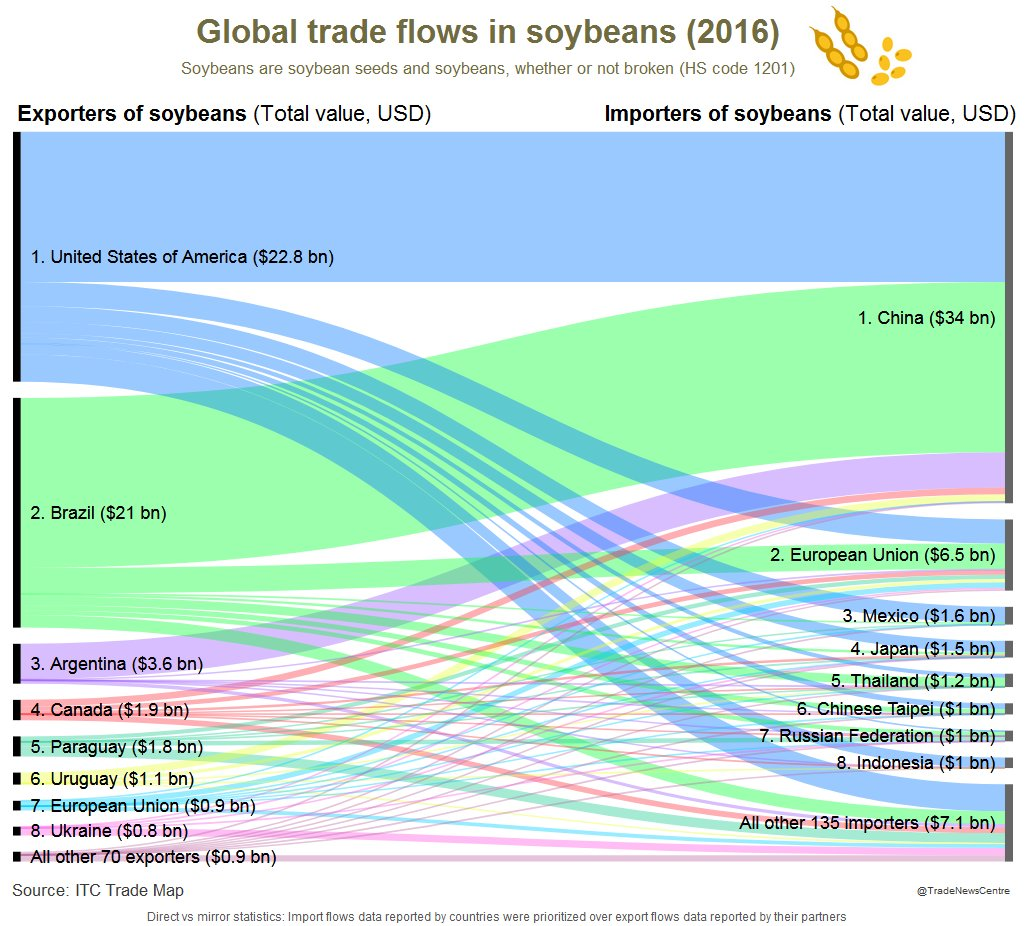 Chinese demand sucks up one third of the U.S. crop and is used to feed around 400 million pigs.

Brazil is expected to make up some of the shortfall:

The broadening new-crop harvest is accelerating the pace of shipments from Brazil, which climbed to 2.86 million tons in February from 1.56 million in January. For all of 2017/18, soybean exports are forecast to expand by 1.5 million tons to 70.5 million, up from 63.1 million for 2016/17.

I couldn't find any pure plays on Brazilian soybeans, but I did find some domestic Chinese pig farms.

These companies will benefit, as they will have better pricing power.

Muyuan Foodstuff Company rose a bit in price, but Guangdong Wens Foodstuffs (CH: 300498), China’s largest pig breeder, jumped 4%. The chart shows a double bottom on a multi-year low, as well as a breakout.