China has 17 nuclear power plants in operation today. It has another 28 under construction, more than anyone else in the world.

And if you think it's going to stop there, you’ve got another thing coming. As perhaps the fastest growing economy in the world, China must find new ways to meet the energy demand generated by its people. 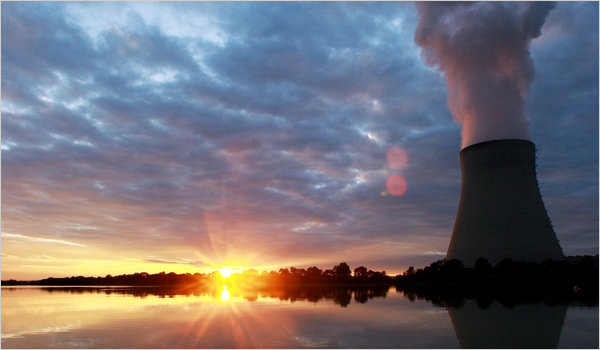 Until recently, coal was the answer to Chinese power, but as a result, China became the world leader in greenhouse gas emissions, overtaking the United States in 2007 and representing seven of the 10 most polluted cities in the world, according to Reuters.

A power shift had to happen.

And while the International Atomic Energy Agency (IAEA) says the long-term outlook for nuclear energy is down – due largely to the Fukushima disaster in Japan – it still says the nuclear industry will likely almost double in capacity by 2030.

Most of that growth will come from Asia, and China in particular.

If any of you have been to Beijing or any major Chinese metropolis in recent years, you know that the thickening smog is almost unbearable. As a result, public outcry has pushed the Chinese government to move on clean energy faster than ever.

And despite the outlook from a select few countries with a negative view of nuclear power, the long-term growth is still strong.

Nuclear power has always been used as a good alternative to fossil fuels. It wasn’t until Japan’s Fukushima meltdown of 2011 that nuclear confidence was shattered.

But in an effort for China to clean up its act, experts and environmentalists alike believe that nuclear power is the way to go. And China has made the decision to move full steam ahead.

China laid out its initial plans a few weeks ago at the September 16-20 annual gathering of the IAEA’s 159 member states.

Despite lingering concerns from Fukushima, China presented a steadfast determination to expand its use of atomic energy. Efforts would not only be concentrated at home, but on fronts abroad as well.

Electricite de France (EPA: EDF) is in talks to allow China General Nuclear Power Group to take up to 49 percent in its Hinkley Point power plant. The power plant would be the U.K.’s first nuclear plant in two decades. Britain, too, is trying to curb its greenhouse gas emissions. Areva (EPA: AREVA) would lead the construction process.

Mining for uranium will also be an important part of the equation. Just recently, investors were given the opportunity to invest in Namibia mining efforts.

On the Chinese home front, the country is operating with 14.8 gigawatts of nuclear power generation, which, according to Reuters, met only 1.9 percent of last year’s demand.

Plans to increase that capacity by 20 percent, adding 3.24 gigawatts this year alone, is China’s immediate goal; the country will also add nine power plants and increase nuclear capabilities fourfold by 2020, according to Reuters.

By the year 2040, Chinese nuclear capacity will reach 160 gigawatts.

And how will it go about doing that? By adding 200 or so nuclear plants to its future efforts, of course. We know about the 28 it already has plans for, but that is just the tip of the iceberg. Four to six projects will be granted approval annually before 2015, and after 2020, this will become ten a year, according to live mint.

With this many power plants going up, it tells us one thing: the Chinese are going to need a whole heck of a lot of uranium.

That brings us back to Namibia and China’s growing appetite for the element. According to Reuters, China General Nuclear Power issued five-year dollar bonds through China Uranium Development Co Ltd. to fund the development of the Husab mine in Namibia – the third largest uranium-only mine in the world.

Many more uranium mines will need to be bought and developed in addition to this one.

Despite what China is trying to accomplish with nuclear power, the industry still sits here with two black eyes – one from the tsunami and the other from the earthquake that followed and decimated Japan, its people, and its nuclear prowess.

It’s interesting that Asia is firmly seeking growth in the nuclear sector, while countries like Germany, Switzerland, and Belgium have completely removed nuclear from their future plans.

Low natural gas prices, subsidized renewable energy, and a financial crisis will all impact nuclear development in the short term.

But if we look past that, as populations grow, demand goes up, and climate concerns become more prevalent, nuclear will play an important role in the global energy mix.

As attitudes change, it is China that will be responsible.