Markets are finally seeing the light at the end of the pandemic tunnel... and what do the financial gods hand us?

The potential for another financial crisis, that’s what.

The unethical nature driving some of the most impactful market events we’ve endured this year — including the GameStop madness and Wall Street’s liquidation of Bill Hwang’s Archegos Capital Management firm this week — is once again the culprit.

Here’s a quick synopsis of the past week’s events.

A leveraged bet means you borrow money to buy stocks. This is called buying stocks on margin. It also means that at your creditors' discretion, they can initiate a margin call, which means the investor has to immediately cover their bets by placing additional funds into their account.

In the case of Bill Hwang and Archegos — the family-run hedge fund at the center of all this — Hwang borrowed billions to make leveraged bets using complex derivatives and gamification principles. When it became likely his bets weren't going to pan out, the banks called in their debt. Hwang was margin called, and he was forced to sell a reported $20 billion in assets in numerous block trades last Friday.

Reports also indicate this fire sale failed to cover all his leverage (debt) last Friday, which is equal to defaulting on his loans from his lenders. That’s why Nomura and Credit Suisse both dropped over 14% through midday Tuesday. 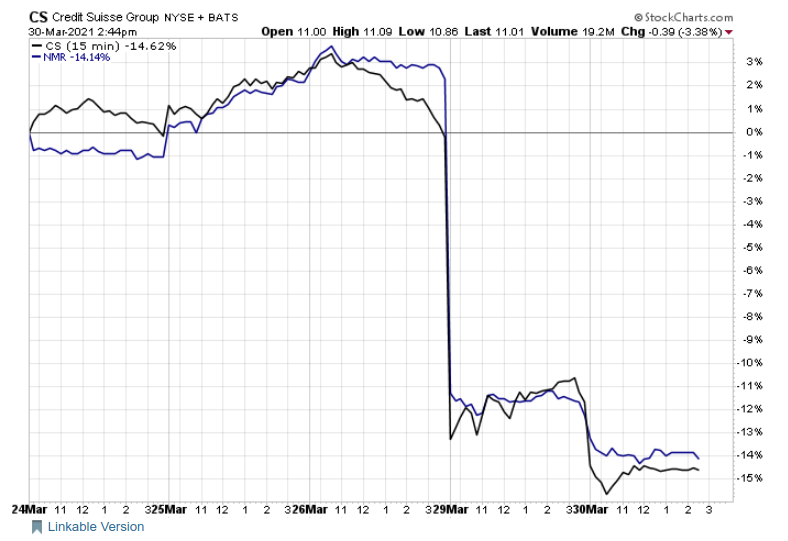 That’s the part that really irks me. A lot of good folks like you and me are feeling the pain too, despite having nothing to do with this action or the stocks involved.

Maybe I woke up on the wrong side of the bed this morning, but that’s some grade A Iowa BS if you ask me.

Now don’t get me wrong. I have nothing against the uber-rich. My No. 1 goal is to help folks like you strike it rich too. I want you to have a slew of properties and a private jet. Heck, I want those things too.

Do I think either of us need (or should find a reason to want) five private planes? No, and when I say excessive greed, that’s to the extent I mean.

And when I say things like Bill Hwang might be rich and able to buy favors from banks and regulators but in no way do I think he’s a respectable investor, I’m not indicting the wealthy.

I admire folks who do it the right way. Billionaires like Warren Buffett and Jack Ma are prime examples.

But I have little respect for the likes of Bill Hwang and Roaring Kitty — a guy who says he hates big-money Wall Street types but secretly wants to be one.

And you know what really grinds my gears is the fact that I have to actually pay attention to these people in order to keep our investments in the green.

The Gamification of Wall Street

The gamification of Wall Street is here to stay, and we need to step up our own efforts if we’re going to win.

The Stanford Encyclopedia of Philosophy defines game theory as "the study of the ways in which interacting choices of economic agents produce outcomes with respect to the preferences (or utilities) of those agents, where the outcomes in question might have been intended by none of the agents."

The application of game theory to investing is called the gamification of Wall Street.

In truth, this story goes back a long way. Over the last 30 years, derivatives and other game theory applications have become increasingly important in the world of finance. The problem is with the increased use of these mechanisms comes increased instability in the markets.

Those who followed the sequence of events that created the 2008 financial crisis remember this fact all too well. Derivatives amplified the damage of the 2006 housing collapse in unfathomable ways and by March 2008, the damage was catastrophic. 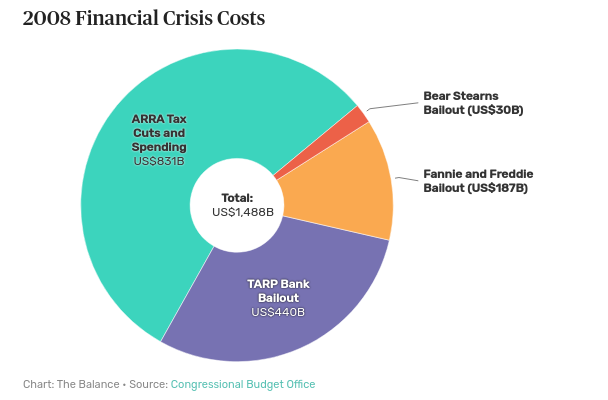 My big fear right now is that Hwang’s reckless trading will be the first event in a line of many that tips us into another financial collapse. After all, it took almost two full years after the first domino fell in 2006 for it to manifest into 2008’s crisis.

Hopefully, reopening trades and other market forces will help straighten out the major indexes, but I’m worried right now. The pandemic sell-off aside, I don’t remember downward pressure this acute since November 26, 2018, when the Dow fell over 12% in less than one month from there.

But I’m not going to let them win either. Game theory works both ways and for any player at the table.

Which leads me to my final thought for the day.

We Can Use Game Theory to Beat These Guys

The more people you have in your corner who understand the ins and outs of how game theory works with investing, the better equipped you will be to profit off the new paradigms on Wall Street.

Things like the Prisoner’s Dilemma, which, if Hwang had any understanding of, he might still have a few billion dollars in the bank.

Of course, there’s always more to the gamification of Wall Street than even I could ever explain.

Which is why I hope you’ll sign up for an upcoming webinar on April 8 to learn all about my colleague’s new game theory trading system.

You see, major banks have spent billions of dollars investing to build complex trading platforms that use algorithms based on advanced applications of game theory. These systems can predict market events with incredible accuracy. These systems are also how Credit Suisse knew to call in its margins on Hwang before all the money evaporated, saving it billions in losses, while Hwang — one of the richest men alive — lost everything.

Of course, it takes a computer whiz and market genius to create one of these algorithms.

But that’s just what my colleague Briton Ryle has done. And unlike Hwang or Credit Suisse, Brit is going to show us how to use his Alpha Targeting system to beat the pants off the aforementioned bad actors on Wall Street.

I hope you will join me in the audience. The more we can learn about game theory, the easier it’ll be to beat the Street at its own game.