Big Oil Panics Ahead of COP-22

Exxon and Friends Panic in Marrakech

Last year, 195 countries across the globe made a landmark agreement.

The COP-21 meeting in Paris ended with a decision that something had to be done to slow climate change and reduce the world’s greenhouse gas emissions.

And the face of the energy markets changed forever...

In practice, we haven’t heard much more than a mention here or there of the initiative, an acknowledgement that it exists, and some plans for future implementation. The problem is that the countries were left to decide what that something was, and so far they’ve been slow to act.

Monday begins the two-week process all over again. This year, COP-22 in Marrakech will focus on measuring actual progress toward a cleaner climate.

As we begin phase two of this global energy development, let’s take a look at some of the changes that could be made within the next few years.

Obviously when talking clean energy production, renewables are at the top of the list.

Solar especially is seeing renewed interest as the best chance for major carbon reduction. Wind, and even nuclear power, is also being considered as a replacement for dirty coal.

The real sign of the times came just this week when a handful of the world’s biggest oil and gas companies came together to form a renewable energy powerhouse. 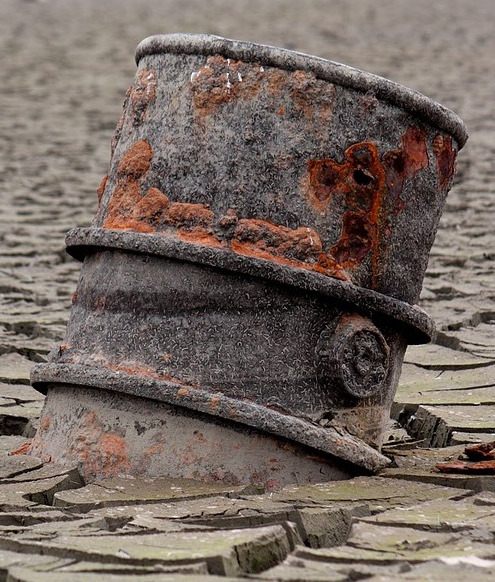 Why would a group consisting of nearly 20% of the entire world’s oil market band together to support the energy craze that could wipe out their business?

What’s important to note here is that oil and gas aren’t always direct competitors with renewables. Oil, in fact, isn’t a major producer of household energy at all. The vast majority of it ends up as gasoline for cars!

And as for natural gas, it won’t be dying out anytime soon either. Renewables are growing fast — and this fund will do wonders for the slow but steady growth of solar and wind — but in the interim, natural gas is going to be taking over in large part for coal.

This fund is just an investment in the future these companies know is inevitable.

Fun fact: one of the first major companies to start investing in solar energy research, long before even the smallest panels were commercially viable, was ExxonMobil!

So really, the oil and gas industry has a long history of investing in clean energies.

Only now there are a few more reasons for these fossil fuel companies to start cleaning up the climate...

Post-COP-21, the fantasy of a tax on carbon emissions became a distinct possibility. And instead of rallying against such a crime on good fossil fuel profits, many oil and gas companies supported it.

ExxonMobil, once again quick to see the writing on the wall, was the first in the industry to suggest a carbon tax way back in 2009.

I think there are a lot of reasons for this seemingly counterintuitive move, but the most obvious of them I’ve already mentioned: people are pushing for clean energy, and that push isn’t going to stop until it happens.

Oil and gas companies that come out in support of these things now are holding onto their market share by playing to public sentiment. It’s business, pure and simple.

What’s more, the agreement made in Paris reached an important milestone on Friday: upon the official inclusion of 55 countries accounting for more than half of the world’s carbon emissions, the accord was able to officially come into force.

This means that actual legislation will be taking over for proposals and plans. Legal regulations can now zero in on countries not meeting their goals and keep everyone on track.

There’s another big reason oil and gas companies would want to jump on the clean energy bandwagon: if they don’t, they’ll be the ones paying the most later on.

Oil and gas operations are inherently carbon-heavy. Refining, transportation, and even production itself can be dirty business. Natural gas especially gets a bad rap for the flaring that releases pressure on the equipment, but also puts more methane in the air.

If a legal tax on carbon emissions comes to pass, already battered oil companies may not live to see profits again.

These are exactly the things the new fund will be looking to improve, in addition to funding new R&D in renewable technologies.

Things like carbon capture and energy-efficient production methods will be the way to success for oil and gas, and companies focusing on these things will offer investors the biggest benefits.

It may even go beyond Big Oil simply investing in renewables from the outside.

Just this year, it bought a battery maker called Saft to be its own personal foray into the lucrative world of energy storage.

It may not be the norm for oil and gas to buy into technology like this yet, but I wouldn’t be surprised to see more companies following in Total’s footsteps after this year.

Keep an eye out for more updates as COP-22 gets underway.