Last May, I wrote an article called "The Oil Market in Seven Charts." I laid out my thesis as to why oil stocks would be a great investment in 2022. I wrote about two companies: ExxonMobil (NYSE: XOM), which was up 22% from May until now, and Chevron (NYSE: CVX), which was up about 5%. Both paid a nice dividend and beat the S&P 500, which lost more than 18% on the year.

There is still a lack of investment in new oil fields. The war in Ukraine is settling down for the winter and gearing up for a bloody spring. Russian oil production will continue to drop as more workers leave for the front line, and maintenance is ignored now that Western contractors have gone home.

The Biden administration has pulled almost all of the oil it can out of the Strategic Petroleum Reserve (SPR) and now must fill it back up. The SPR release for 2023 is mandated by Congress to be 26 million barrels, which is the lowest amount since 2021. There is to be no release in 2024.

The Saudis have said that they will cut production if oil falls under $70 a barrel, which is also the price at which Biden said he will refill the SPR. This effectively puts a floor on the price of oil, which was up about 2% yesterday. WTI is at $74.90, while Brent is at $79.70.

The counter fear is that the global economy will fall into a deep recession and there will be demand destruction. It hasn’t happened yet, but perhaps the bears will be right this year.

Furthermore, due to several years of lockdowns, the Chinese are sitting on trillions of dollars.

Pent-up demand should boost the economy and demand for oil. 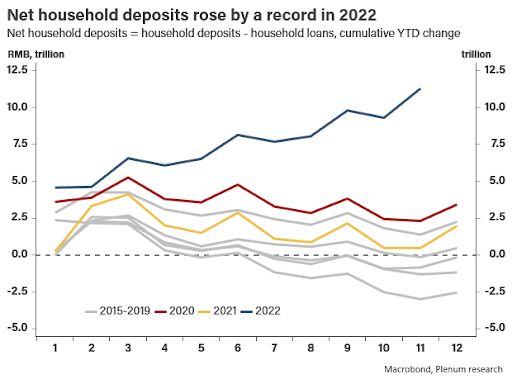 If you like oil as an investment — and you should — you might want to check out my research report regarding a small South American country that found a record amount of oil just offshore. ExxonMobil is leading the exploration and production, and just said it's adding a seventh production platform to produce and export the needed crude to Europe.

But you don’t want to own XOM. Instead, I’ve found a handful of small companies that have the most upside on this fantastic new development. Find out more here.