The president has trillions of taxpayer dollars burning a hole in his pocket.

Much to the dismay of the dwindling population of true fiscal conservatives, he’s already made plans to hand out just under $2 trillion.

Much to the delight of social progressives, however, he’s actually made some remarkably savvy investments.

Giving credit where it's due, Biden managed to restrain himself from sinking the nation’s rainy-day fund into some liberal feel-good campaign.

So far, the money has been earmarked for energy security, sorely needed infrastructure upgrades, and a plan to wrest control of a critical high-tech industry back from China.

There’s no political grandstanding or partisan one-upping here — just a series of long-overdue upgrades that stand to directly benefit the everyday citizen.

While most people will be thrilled just to hear about their local bridge getting fixed, more than a few investors will be popping Champagne. After all, there’s no better way to pump a stock than with a fat government contract.

Some of Biden’s recent decisions have already brought a new wave of confidence to their respective markets.

Most recently, his plan to pardon federal cannabis convictions caused a record stock surge in the recreational market. AdvisorShares Pure U.S. Cannabis ETF, both the largest and the first cannabis index to hit the market, jumped more than 30% after the news broke.

Or how about shares of Caterpillar, one of the biggest suppliers of heavy machinery on Earth, which kicked off a major hot streak right after news of the trillion-dollar infrastructure bill started circulating? 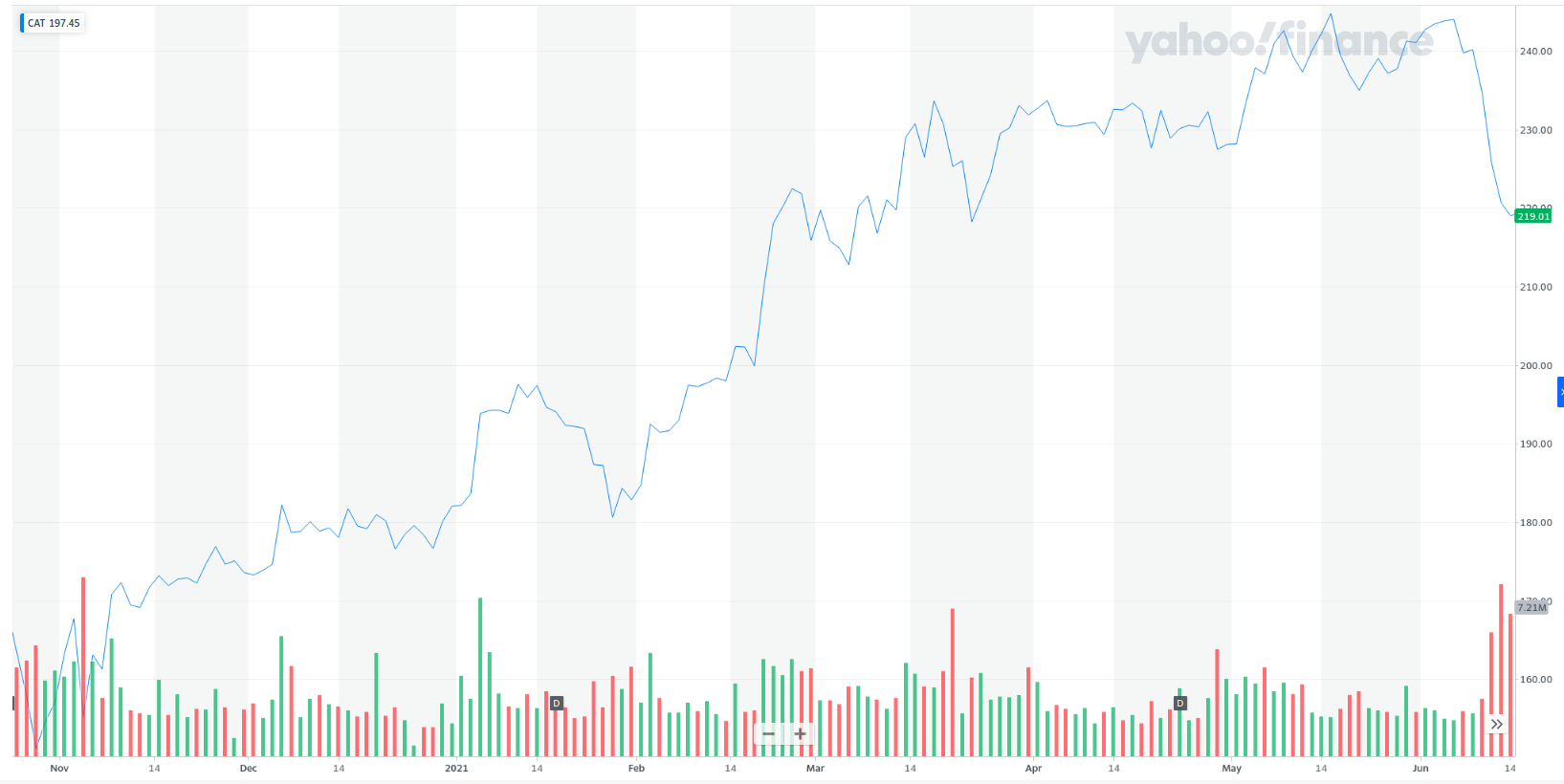 My point is that regardless of how you feel about his politics, Biden wields undeniable power to sway the market. That’s not going to thrill his opponents, but we’re not here for political commentary.

We’re here to make money. Here’s one of the best ways to do it...

Unlike in some other industries, it’s relatively easy to follow presidential decisions. Executive orders are rarely signed without massive fanfare from both sides of the aisle.

There’s an obvious catch, of course.

If you're hearing about this incredible new opportunity from the mainstream media, that means the entire nation — and a good chunk of the world — has heard about it too.

You’re not exactly ahead of the curve if a national television broadcast is the source of your insider knowledge.

The solution here is simple: legwork.

These decisions don’t get made in a day. Before the public knows about them, extensive planning and drafting has already been done. Overworked aides have already been suffering under unrealistic deadlines for weeks, if not months.

This is a prime time for early access and leaked information.

Now, I’m not advising you to sneak into a government building or interrogate a scared intern to get the first look. But in truth, you don’t even have to.

When the legislature is cooking up something big, it’s nearly impossible to keep it under wraps. There are almost always a few telltale headlines that foreshadow something much bigger.

Recently, another one of those suspicious headlines came across my news feed.

The title of the CNBC article in question began with “The New U.S. Plan to Rival China,” and I couldn't help but be intrigued.

Then I saw the mention of a $200 million federal investment into a practically nonexistent American industry. It was like Christmas morning.

Healthy initial investment, perfect alignment with the administration’s climate goals, and a chance to stick it to China…

How could Biden resist?

China Owns the Industry — and, by Extension, Our Future

Lithium and cobalt prices, for example, rise and fall daily according to the whims of the Chinese Communist Party (CCP). The CCP controls almost every aspect of the EV battery market. 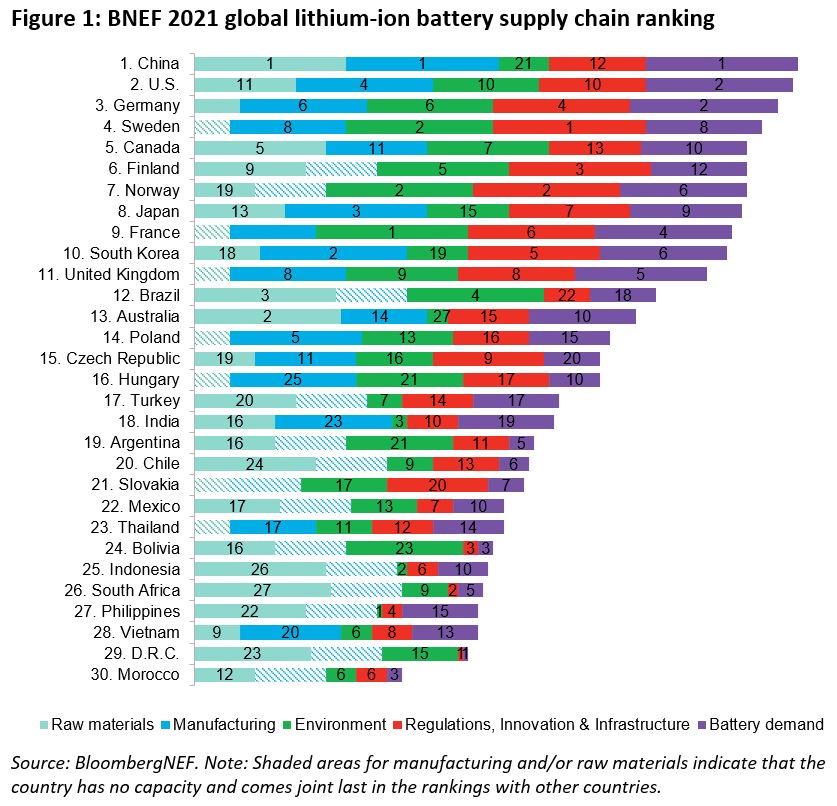 These two metals are absolutely essential in the production of electric vehicles (EVs), something Biden has made absolutely clear that the U.S. needs.

His plan mandates that 50% of all new vehicle sales must be electric by 2030. For some context, about 15 million new consumer vehicles were sold in the U.S. last year, and only about 600,000 were EVs.

That’s a ridiculous amount of catch-up needed. A transition at that scale is going to require millions of tons of not just lithium and cobalt but also a massive range of materials that are mostly owned by, you guessed it, China.

And that was just the beginning. Since the first headline broke, hundreds of millions of dollars have been poured into this small industry.

China currently owns around 90% of the supply chain needed to mine, refine, and ship these critical minerals. The U.S. is currently stuck importing somewhere close to 100% of its total supply.

Not only would the EV transition require enormous quantities of these metals, but America’s top-tier defense contractors depend on them heavily for specialized guidance systems.

The engineers that guarantee our national security literally can’t function without minerals controlled almost entirely by China. It’s a problem that should have been fixed a long time ago.

The story of these “Imperial Metals” doesn't end there. Discover the key to America’s next multitrillion-dollar revolution here, completely free and exclusively for our readers.

We’ve already tracked insane gains like the ones listed below from this tiny industry. It’s a miracle that the mainstream media have left the story alone for so long.