Everyone from Iron Man to James Bond going green...

Avengers: Endgame was the hit Disney was hoping for. The film has already broken numerous box office records, grossing over $2.1 billion since its release.

With a budget of over $350 million, Endgame was one of the most expensive films ever made. And much of the budget went toward paying big-name stars. This is just a partial list of stars who appeared in the film:

But there was another major cast member who actually paid Disney to be in the movie... 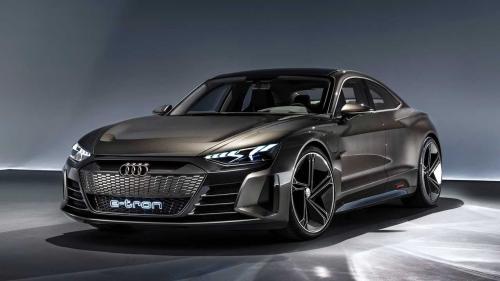 Yes, as you might have guessed, Avengers: Endgame is part superhero film and part car commercial. Audi’s E-Tron GT concept car makes a few appearances throughout the movie.

I thought it was kind of strange that Audi would still be producing concept vehicles following the death of half of the entire world's population. You'd think that would cause epic economic, political, and social catastrophes that would throw the world into chaos. But I probably thought way too much into it.

Either way, Audi's new fully electric E-Tron GT had a starring role in what seems to be an attempt to promote the company's line of low-emission vehicles.

And it was probably a pretty good move. When I saw the film, the woman next to me gasped a little when the E-Tron GT was first revealed. And no doubt, it's a slick looking ride.

The E-Tron even made it to the film premier. 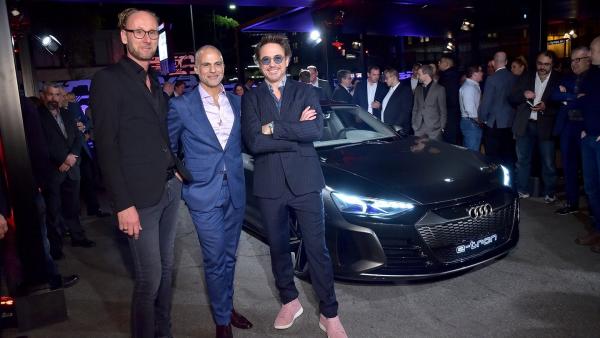 Like many, the German automobile manufacturer seems to be throwing more weight behind its low-emission campaign than ever. The company recently said it will be developing 12 electric vehicles for launch by 2025.

Audi is planning to release a hydrogen fuel cell concept car by the end of this year. The company is then planning to follow up with a limited production run of the vehicle, which is expected around 2021.

As with other hydrogen fuel cell vehicles such as the Toyota Mirai, Audi's vehicle will only be available through lease.

James Bond will drive a fully electric Aston Martin Rapide E in the next Bond film, which will be released at the end of this year.

When asked about rumors that James Bond would be driving the all-electric Rapide E, Aston Martin CEO Andy Palmer said, “James is an important customer for our sports cars but he occasionally gets married so maybe there’s someone out there for him although you can get a baby seat in the back of an (Aston Martin) DB1.”