China is Best in Breed

I've got this itch because the region's economies continue to grow while economic tremors continue to rock Europe and the United States.

I've got this itch because Asia's investment in cleantech continues to grow while it shrinks in other areas: 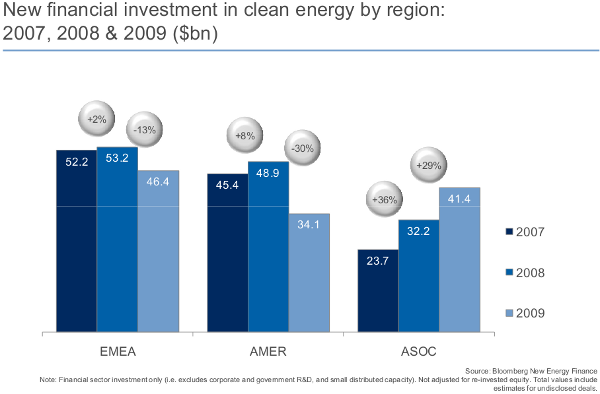 I've got this itch because Asian governments turned to cleantech as the obvious choice for financial stimulus — with China, South Korea, and Japan allocating $20 billion more to the sector than the United States: 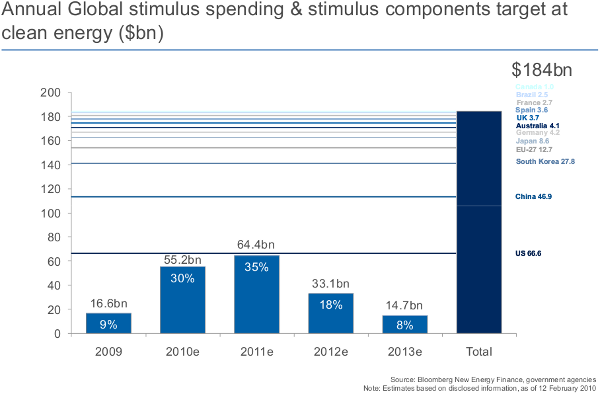 I've got this itch because China out-invested us 2:1 last year in new energy technologies: 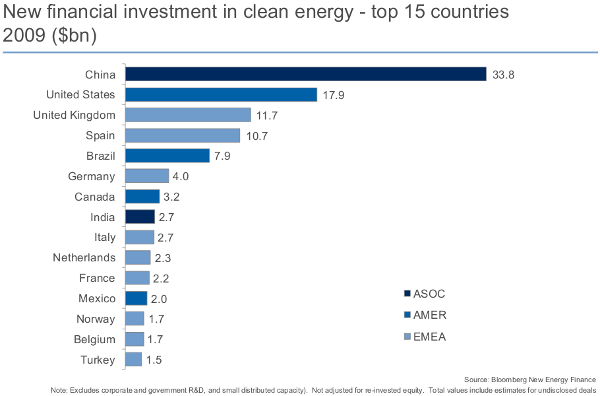 Which makes their long-term cleantech investment curve look like this: 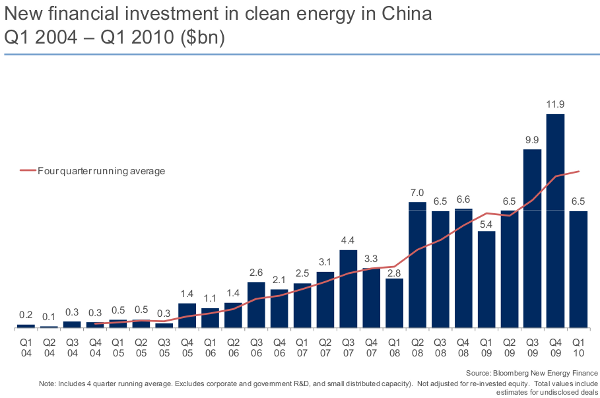 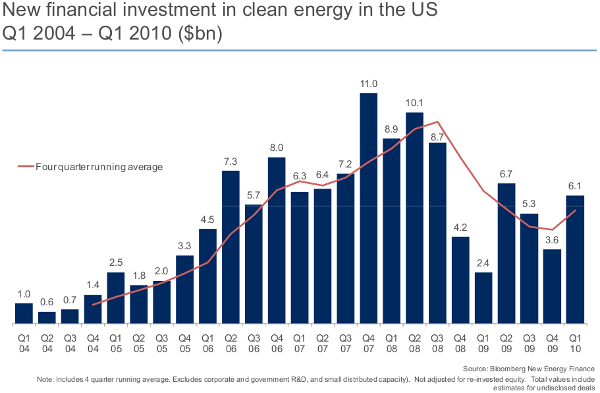 With a financial investment edge like that, you can bet Asia's — particularly China's — dedication is translating to wins in the public markets as well.

Five years ago, you'd be hard-pressed to find more than one or two Chinese companies on global top ten lists...

Now, they've taken three of the top 10 global wind spots and six in the solar race: 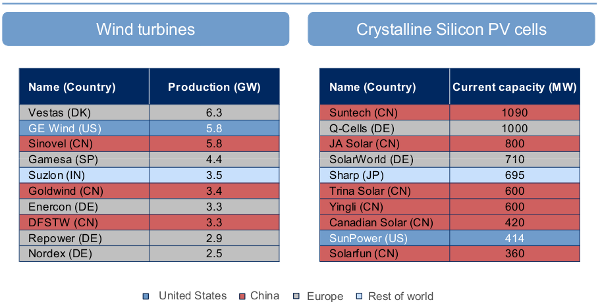 And not only are they whooping us in investment and production capacity; European and U.S. companies look silly next to Chinese stars:

That's why 19 of the last 60 or so winners I've closed in the Alternative Energy Speculator have been China-based.

But my itch isn't satisfied yet...

You see, only Asia's dominance of the solar market has been thoroughly established in U.S. markets, where Chinese ADRs are common.

And while their dominance of wind and smart grid industries is definitely being plotted and executed, there's been no way to play it in domestic markets — until now.

Sinovel (the #3 company in the table above) has announced ambitions to be the world wind leader in the next five years. I'm guessing this company, along with a few other Chinese entrants, will go the initial public offering route.

And if you think there's work to be done on our grid, you should have a look at Asia where, in some places, there is no grid at all.

In fact it's being built from scratch.

Just last week, Bloomberg broke news that “smart grid technology will be one of the key industries for research and development support in China’s upcoming 12th Five Year development plan, due to be enacted at the beginning of 2011.”

China has leveraged its massive economy to become world leaders in solar and wind technology, outinvesting other nations by far.

Now they're turning to the smart grid, which we'll be necessary if they're ever to harness that solar and wind potential effectively.

And make no mistake — only the Chinese survive in China. They take care of and nurture their own.

Like the Chinese solar companies now sharply outperforming their foreign competitors, I've found the one company about to become a global smart grid and electric car juggernaut.

As you can tell from all the data above, China is betting on a clean energy future.

While the U.S. continues to lag behind, you can satisfy your Asian itch by following China's lead.

P.S. China's thirst for energy is incomparable. And it's not just clean energy they're after... My friend Christian DeHaemer is fresh off a trip to Mongolia, where he cozied up with a tiny company sitting on $51 billion worth of crude. And China wants it — bad.

He's going to release a full report on the company and its massive find tomorrow. But because you're a loyal reader of Energy & Capital, I figured I'd give you early access to it today.