If you caught the newest addition to the Knives Out trilogy, you might be left with a few questions about this mysterious crystal. 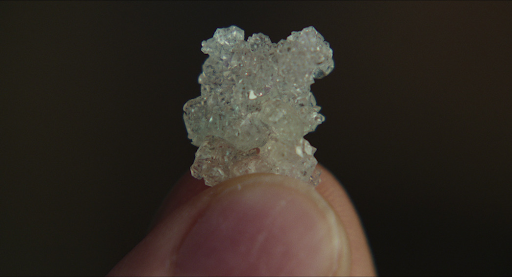 The movie itself was harmless enough, but it relied on some outdated science and ended up giving hydrogen a bad rap.

Without giving away any spoilers, the movie featured a spectacular fireball caused by this thumbnail-sized crystal.

Bron claims that his new fuel will power the world one day, but the climax makes it obvious to viewers that it's just another one of his terrible ideas.

What did poor old hydrogen do to warrant such treatment from Hollywood?

The Hindenburg disaster was the result of blatant disregard for common sense. It was also nearly a century ago.

Since then, there haven't been any real disasters caused by hydrogen gas. It packs enough energy per cubic foot to power massive machinery and emits nothing but water when burned.

It stands to reason that hydrogen should be everywhere by now. So what’s the catch?

There’s Always a Catch: It’s Not Exactly Green Yet…

The vast majority of hydrogen gas on the market today is NOT green — not even close.

Hydrogen is typically created by a process called steam-methane reforming. In a nutshell, natural gas is combined with high-temperature steam in giant tanks.

It produces just as much carbon dioxide as burning the natural gas itself. At that point, there’s no incentive to switch.

Green hydrogen is the end goal, but it’s expensive. Electricity from renewable sources would power electrolyzers, which split water apart into hydrogen and oxygen.

And at the end of the day, there’s still the looming problem of infrastructure.

Engineers typically agree that only a 20% concentration of hydrogen could be added to our current natural gas pipes. Any more would corrode pipelines from the inside out, increasing the odds of leaks.

And did I mention that hydrogen is actually a potent greenhouse gas? It’s not something the enviro-nuts will often admit.

Burning it might not release any carbon, but the gas itself causes significant atmospheric warming.

Experts estimate that if just 10% leaks into the air, the benefits of green hydrogen will be completely wiped out.

There HAS to be a better way…

This Is the REAL Hydrogen Game-Changer

A solid brick of crystal hydrogen that could be shipped over railways would be a dream come true. Sadly, it would violate more than a few laws of physics.

But bizarre as he was, Miles Bron had the right idea. Hydrogen in its current state isn't up to the task.

Luckily for humanity, there is one way to upgrade hydrogen without angering the physicists. We’ve known about it for decades now.

The only problem? It’s just as dirty as fossil fuels and the hydrogen that comes from them.

Like I told readers earlier this week, none of our common methods of power generation come without a trade-off.

So imagine my surprise when this young industry popped up on my radar recently.

It’s a totally green method of upgrading hydrogen into something much more effective. It’s cheap, carbon-free, emits nothing but drinkable water, and doesn't destroy pipelines.

But the most interesting part? You can feed it nothing but renewable electricity and water and watch in amazement as it churns out the green fuel of the future.

It doesn't require mining, evaporation ponds, or a giant turbine. It’s one of the first forms of renewable fuel that doesn't come with an obvious catch hidden in the fine print.

You might have heard about it before, but I guarantee it didn’t look like this. The clunky prototypes of the past are long gone.

The companies making the push into commercialization are microscopic by energy sector standards. We’ve narrowed them down to just two options that our team feels confident about.

Analysts are predicting a massive surge in this industry within the next decade. Some even forecast the current $60 million market to hit $5 billion by 2030. 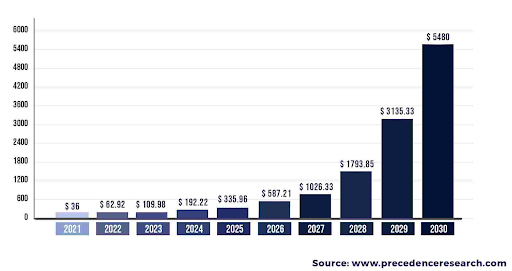 All I can say is you don’t want to be left behind.

Keep reading here for your next steps.