$50 Billion MUST GO by Next Year

In the United States government, it’s becoming increasingly rare to see good decisions make it all the way to reality.

That’s not a politically charged statement at all. I make it a point not to delve too deeply into the back-and-forth mudslinging that ultimately leads nowhere.

But for once, I’ll go on the record patting Biden on the back. 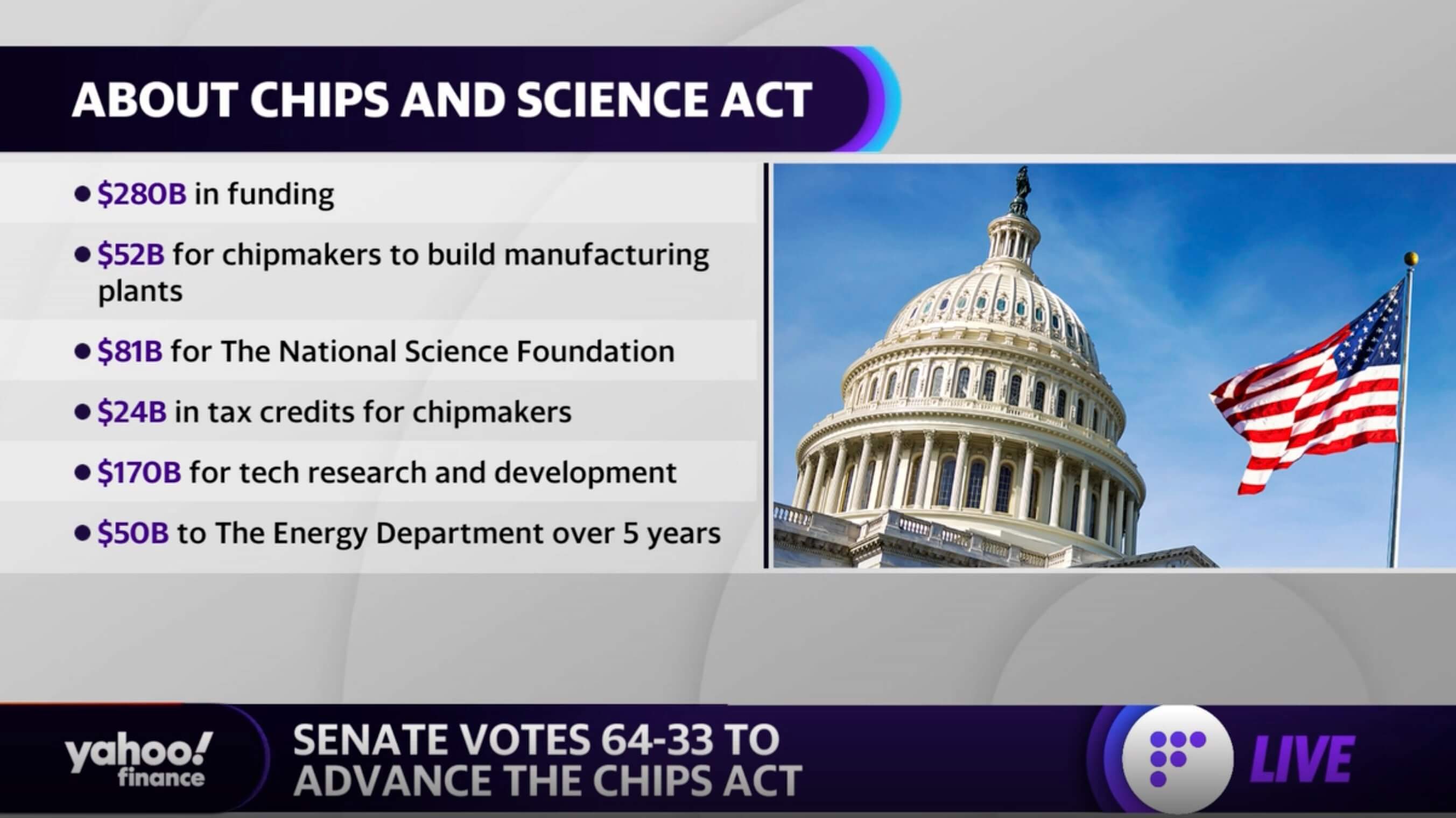 The ongoing computer chip shortage — and it IS ongoing, despite what desperate Taiwanese officials might claim — has officially cost the government enough to warrant a serious response.

Some analysts believe the shortage has cost American businesses upward of $240 billion in 2021 alone. The auto industry in particular can’t take much more of this.

Biden’s master plan is to claw back the United States’ semiconductor industry from China’s clutches. And he plans to do it the American way: by drowning the problem in government funding.

The U.S. Department of Commerce (DOC) will be in charge of paying out the enormous $52 billion incentive package. It’s designed to be more than just a handout for Intel or Texas Instruments; every possible link in the supply chain has a chance to apply.

The DOC plans to start fielding applications as early as possible. Based on the detailed application guidelines, we can predict which companies will have the best shot at scoring a massive payout.

For Once, There’s Plenty to Go Around

According to the DOC, large semiconductor companies account for 37% of the potential applicants.

That seems more than reasonable to me  — I doubt many mom-and-pop shops are capable of industrial-scale fabrication, even if you gave them $1 billion.

But to my surprise, smaller businesses and nonprofits account for the lion’s share at 45%. The rest is a mix of academics, government labs, and a few organizations that chose anonymity.

Like I said, this bill is far more than a handout for companies that don’t need it. It’s going to be a renaissance of an industry that was shortsightedly given away by greedy CEOs desperate for just one more positive quarter.

Well, the shortage proved just how important this supply can be. The world’s dependence on Taiwan while China looms above it is almost exactly the same as Europe’s dependence on Russia’s energy.

We’ve seen exactly how that played out. Now imagine if China attains near complete control over every computing device on the planet.

That’s the exact fear that prompted this rare moment of bipartisan harmony in the U.S. government — and the movement is already starting.

Semiconductor demand is surging all over the world. Proportionally, most of the growth is attributed to Asian-Pacific sources. But there’s a catch, of course.

Most of the growth is there because nearly all the factories are there. Some types of chips can only be made by Taiwan Semiconductor (TSMC), which has led to the mother of all bottlenecks.

Once the U.S. approaches competitiveness with TSMC, that demand pattern will shift. After all, why would North Americans pay for a 7,000-mile import when the same part can be made locally?

Hoping to spark a trend, New York raised the bet with its own $10 billion set of tax breaks for any companies willing to set up fabrication centers, or “fabs,” within the state.

This is an incredible amount of funding to pour into such an undeveloped industry. The lottery winners are practically guaranteed to become the new faces of American semiconductors.

I Can Tell You Who WON’T Win the Lottery…

Even if they win, the biggest and most accomplished companies aren’t always the best pick — at least, not for investors like us.

Major players like Intel, NVIDIA, and Texas Instruments make billions of dollars every quarter. The phrase “a drop in the bucket” doesn't even begin to cover it.

They'll apply for their fair cut and probably walk away with a few billion dollars' worth of incentives each. But it won’t send share prices soaring, and it certainly won’t net you the type of returns we’re aiming for.

If you have the cash to spare, by all means park some of it with the blue chips of the semiconductor industry. You’re almost guaranteed to see some excellent single-digit gains over the next few years. 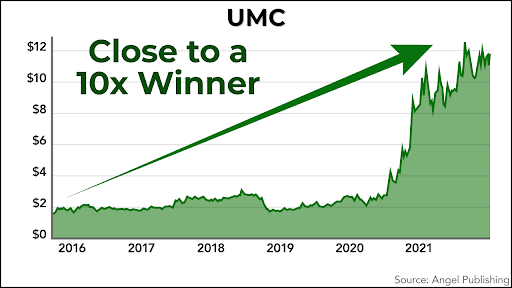 That's a 1,000% return in about five years. It’s a good return overall, but we’re still not satisfied — it’s too slow for my taste.

That surge occurred organically as the industry grew. We’re aiming for companies that will grow to unprecedented heights in just months, not years.

It took some digging, but we’ve uncovered the company most likely to win one of these precious contracts.

Our senior editor Christian DeHaemer can take credit for the exhaustive amount of work it took to put this free presentation together. His insight has been banking investors consistent returns for decades.

Check this out NOW before the mainstream media start to muddy the airwaves with paid shilling and good old-fashioned misinformation.