But it All Comes with a Warning...

Private investment has been flooding into junior mining stocks.

There's so much that any attempt to add up all this private equity would be a fool's errand.

A few weeks ago, I noticed a significant uptick in private placement announcements from junior mineral companies.

It seemed that all of a sudden, dozens of small-cap mineral exploration firms were making public offerings all at once.

So I began to watch the news specifically for private placement announcements. And I began to keep track of the private money flowing into junior miners.

But so much private money has flowed into junior mining over the past two months that I simply couldn't keep up.

I can only estimate at this point. But I strongly suspect that the junior mining market has raised roughly $200 million through private placement in the past 10 weeks alone.

In that time, I even count over 10 private placement offerings from mineral firms that closed oversubscribed.

Compare that to 2014, when maybe two or three private mineral equity deals were oversubscribed for the entire year.

One junior mineral firm just closed a deal that was oversubscribed twice!

And while this cash injection will be great for the mining industry as a whole, it should also come with two warnings to investors... 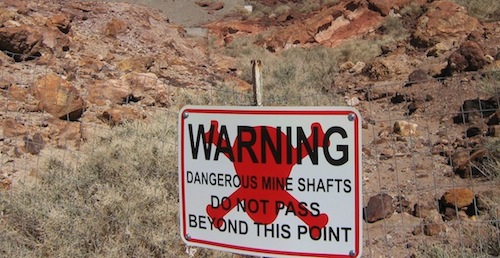 That means four months from now — around August — we could see a natural sell-off in junior miners as a result of profit taking.

Secondly, many of the private placement deals that have been recently offered by the junior miners have a significant difference from many of the deals offered during the 2008–2011 mining bull cycle.

Prior to 2012, the vast majority of private placement units each came with one-half of an exercisable warrant. In other words, if you purchased 50,000 units of the private placement, you also had the right to exercise an additional 25,000 warrants later on at a fixed price.

However, many of the recent private placements offer a full warrant with each unit. In other words, if you purchase 50,000 units of the private placement, you also have the right to exercise an additional 50,000 warrants later on at a fixed price.

This could mean a bit more share dilution among the junior miners than expected and could further add to a sell-off among juniors around September.

I'll be sure to keep you up to date on developments of private equity going into junior mining here in Energy and Capital. So stay in touch.