This is one of the most popular quotes from one of the world’s top billionaire investors, Warren Buffett. As such, I’m sure you’ve heard it in reference to all sorts of markets.

The best way to make money investing is to buy on the downswing and sell during the recovery.

Well, oil has weathered one heck of a downswing. And recovery has only just begun.

Before we take a look at the investment climate today, let’s back up a bit and find out what made oil such an energy powerhouse to begin with.

Once upon a time, in a Pennsylvania valley so distant from civilization that it was practically wilderness, U.S. oil was struck for the first time.

The Seneca Oil Company of Connecticut was the first to pursue oil in the country, originally as a possible alternative to refined coal products for kerosene.

And what a discovery it made…

“August 27, 1859, is one of those dates on which the world changed,” states University of Pittsburgh PhD William Brice.

That day, a single well, reaching just 69.5 feet into the ground, became the first gusher the U.S. ever saw… but it was, as you already know, far from the last.

Since that day, the U.S. oil and gas industry has drilled more than 4 million wells, producing the billions of barrels of oil that have become the backbone of the global energy industry.

Coal may have been around first, but oil took the spotlight fast.

The sheer magnitude of available supply drastically changed how crude oil was used. While smaller supplies had been used for decades as medicines, building materials, and fuels, the commercial oil industry was born in Pennsylvania that day.

That first well yielded a mere 25 barrels of oil per day.

It was soon apparent that this would simply not be enough.

Kerosene demand aside, it was the advent of the internal combustion engine in the early 20th century that really put oil and its derivatives on the map.

Once people were driving at tens of miles per hour powered by this “black gold,” there was no going back.

Today, transportation still accounts for the bulk of oil and petroleum product usage. 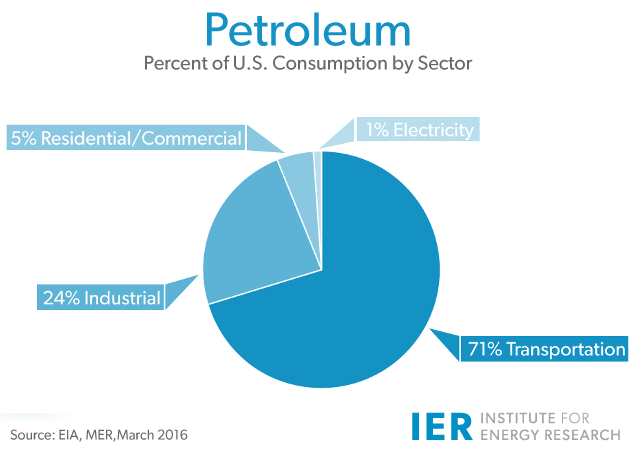 Industrial uses include lubricants for machinery and building materials such as asphalt.

And, of course, it’s petroleum that makes possible all the plastics and synthetic products that make up the majority of the world around us. Fuels distilled from petroleum can also be found in heating oils for home use.

And this is just within the U.S….

Worldwide, nearly 80 million barrels of oil per day were produced in 2016 from oil fields all over the world. And that number is only growing.

That same year, demand for the commodity reached an average of 96 million barrels per day — creating a deficit the markets hardly knew what to do with.

Here’s where the fear starts to kick in...

If you’ve glanced at the oil market any time since 2014, you’ll have seen one of the most bearish situations in the entire energy industry.

But it’s not because of the deficit I mentioned above.

In fact, letting the mainstream media in on numbers like that would probably improve investor sentiment.

You see, before all the drama began, the oil market looked something like this:

Saudi Arabia, unofficial leader of the Organization of Petroleum Exporting Companies (OPEC), was at the top of its game. It was the largest oil producer in the world, exporting more than anyone else.

It was followed by Russia, China, Canada, and a few fellow OPEC members.

Then everything changed when U.S. shale appeared on the scene.

Development of modern hydraulic fracturing, or fracking, which you can read about in full here, turned the U.S. into the site of innovation once more.

Fracking largely replaced conventional drilling in the U.S., and for good reasons.

Conventional drilling involves simply digging straight down and pumping the oil back up. And while this works very well for some, it ends up leaving potential profits in the ground.

Fracking, however, takes the process a step further.

First, the drills can move at an angle, reaching even more layers of oil-rich rock. Then, a mix of water, ultra-fine sand, and chemicals are pumped into the well, breaking up the rock and freeing more oil than a drill could ever do!

The country became the top oil producer in the world in a few short years and began exporting both oil and gas for the first time in decades in 2016.

This was great for investors who got in on the revolution early!

But it was not so good for everyone else… 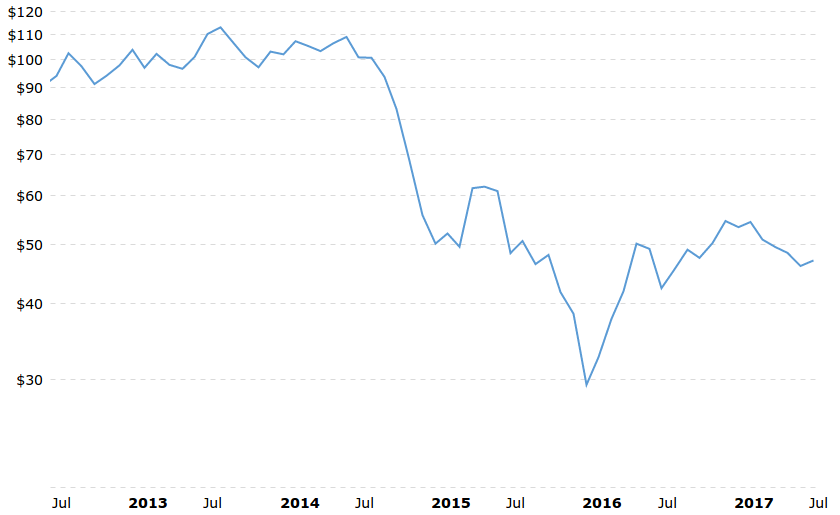 Now, we face a conundrum.

OPEC, along with Russia and a few other major oil producers, voluntarily cut production in late 2016 in an attempt to bring prices back up.

And it worked... on a very limited scale.

U.S. shale drilling actually has one more major advantage over the conventional drilling done by major producers such as Saudi Arabia and Russia: price.

Hydraulic fracturing can be done at a fraction of the cost of conventional drilling and, in the case of shale, ends up producing higher-quality oil. Not because of the technique, of course, but simply because the deep layers of shale rock hold lighter, sweeter oil than many conventional wells.

At these low prices, OPEC is starving itself out.

Already, this is having a corrosive effect on the group itself. Within this oil cartel are 14 bickering, power-hungry oil producers with one mantra: take care of yourself, and watch your back.

OPEC as we know it today may not be long for this world.

Shale drillers are having an easier time, but they have still had to cut costs drastically to stay afloat.

And that’s good for investors who can see the writing on the wall.

Why You Should Buy... Right Now

Let’s face facts: no matter what happens in transportation or energy in the next decade, the world is not going to give up on oil.

According to the International Energy Agency (IEA), global oil demand is expected to grow an average 1.2 million barrels per day annually through 2022, driven largely by non-OECD countries such as China and India, both fast-developing their energy economies.

The IEA expects oil demand to continue climbing through 2040 at least. Transportation and industrial uses will see the most growth, even as electric vehicles gain popularity.