Your Next Car Could Run on Natural Gas

It seems that building a massive $2 billion dollar wind farm in the middle of nowhere wasn't that good an idea after all...

The famous oilman had a conference call this week, declaring that he is cutting his proposed wind farm on the Texas panhandle in half.

But the problem doesn't have to do with the windmills, or even wind. The problem has to do with right of ways, NIMBYs, and the long-distance power lines necessary in the transport of the energy to where it is needed.

According to the Wall Street Journal, "Mr. Pickens in May 2008 announced plans for the biggest wind farm in the U.S., by amount of installed megawatts, to be located in the Texas panhandle. But Tuesday he said he would cut his order with GE to 333 turbines from 667 machines and use them for wind farms in Canada and Minnesota."

Another reason Pickens is cutting the wind farm idea is because the situation on the ground has changed. Two years ago, an alternative energy source — natural gas — was in limited supply and heading towards $15 a barrel. 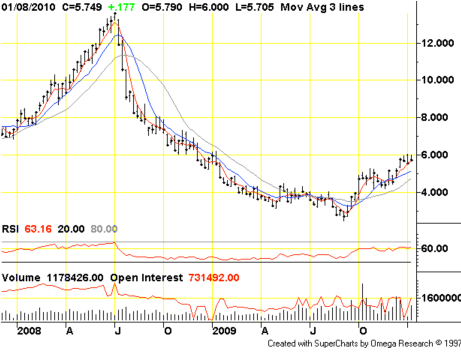 It is now estimated that the U.S. has enough natural gas to last 100 years. And just this week, the U.S. became the world's largest natural gas producer.

These facts, coupled with the recession, drove natural gas prices down to $3 per billion BTUs.

The benefits of natural gas may seem obvious: it is colorless, odorless, and burns clean. What may not be so obvious, though, is the fact that natural gas is one of the cheapest forms of energy production we have — especially for sectors like transportation.

According to the New York Times, "Natural gas is the cleanest fossil fuel, emitting fewer greenhouse gases than coal or oil. Many experts say they think it's underused as a power and transportation fuel, especially after new technologies recently unlocked huge reserves in shale gas fields across the country."

The problem lies with the traditional and ingrained coal and oil interests this country has. These interests seek to preserve the status quo. They are fighting a rearguard action, however, as no new coal utilities are being built and we are running out of low cost oil.

The green interest, on the other hand, has no desire to see a hydrocarbon based solution — despite the fact that the cost of solar and wind aren't economical, especially for transportation.

(I should mention that the Solar EnerTech (OTC: SOEN) recently claimed it has brought the watt per kWh below $3.09, which would make it competitive with natural gas... at least when it's sunny.)

The green lobby wants battery-powered and hybrid vehicles, despite the fact that batteries are very toxic and require non-renewable minerals that must be mined. Furthermore, you can only drive the electric car a short distance before recharging.

The hybrid has its own problems. I've read that without the weight of the second engine, hybrids would get just about the same gas mileage. Heck, my brother's 1985 Honda CRV got 47 mpg on the highway. The Toyota Prius, by contrast, gets only 36 mpg on the highway.

I've yet to have a patchouli-smelling, Birkenstock-wearing auto engineer explain that mileage per gallon discrepancy to me...

The biggest hindrance to having a world of cars that run on compressed natural gas is the lack of infrastructure: You just can't go down to the Exxon and fill up your tank.

And this is what T. Boone is trying to change. He is launching a new ad campaign in which his commercials will focus on the abundance of natural gas in the U.S. and our dependence on OPEC.

According to the New York Times:

He wants the president to convert the entire federal automobile fleet to natural gas. Then he wants Congress to give large tax credits to companies that use natural gas vehicles, and filling stations that install the necessary equipment. By Mr. Pickens's estimate, just fueling a small percentage of the country's trucks and buses with gas could displace as much as 8 percent of oil imports within seven years.

I think Mr. Pickens is on the right path. He wants the government to jump-start the transition to make it viable.

We Don't Need the Government

The switch to natural gas for filling stations will happen anyway — with or without government backing. ExxonMobile (NYSE: XOM), arguably the best-run oil company on the planet, recently bought out XTO energy for $30 billion.

That says it all. The old independent oil majors can't increase production without natural gas. It is now in their best interest to promote natural gas for all our energy needs.

And T. Boone Would Clean Up, As Well 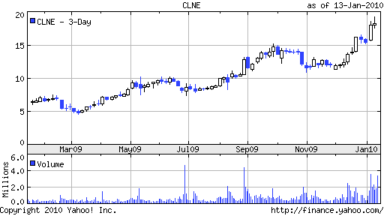 Natural gas is the future. ExxonMobile and other big oil companies have capitulated and joined the cause.

It's only a matter of time before you drive a clean-burning NG car.

P.S. The best way to play the coming natural gas boom might be to buy the undervalued producers. A colleague of mine found one such opportunity in a region that is four times bigger than Saudi Arabia's coveted Ghawar Field and Iran's legendary North Pars... eight times larger than the Barnett Shale... and nine times the size of Alaska's Prudhoe Bay... Read more about this profit opportunity before the news gets out.