Will Gold Prices Spike After the Election?

Many analysts and commentators are speculating the price of gold could jump following a “blue wave” victory for Democrats next month.

London's Financial News reports, “A Democratic sweep could lead to a 2%–5% spike in gold prices on the back of a 'knee-jerk' move toward a weaker U.S. dollar and lower yields, according to JPMorgan metals analyst Natasha Kaneva.”

However, while I think there's a good chance we'll see a bump in gold on Election Day, we really shouldn't expect that rally to last long. In fact, I wouldn't be surprised to see quite a large drop in gold prices immediately following the election.

Truth is, a Democratic win is most likely already priced in to gold. Biden is favored by a wide margin. Of the 19 million Americans who have already voted, the Associated Press reports, “So far the turnout has been lopsided, with Democrats outvoting Republicans by a 2-1 ratio.”

Meanwhile, bookmakers are putting the odds of a Biden win today at around 65%.

In short, a Biden win isn't unexpected. And investors of all levels, from retail to institutional, are already prepared for it.

What's more likely, I believe, is a short-term pullback in gold prices following the election. A Biden win will calm political uncertainty, improve foreign relations, and most likely result in a reduction in market volatility in the short term. All of this could weigh down on gold through November.

Going into 2021 with a Biden victory, however, gold would seem positioned to smash through new price records.

Before we go any further, let's speak the truth: It doesn't matter which political party holds power — the next few years will be marked by massive government spending programs costing trillions. What matters is which of the political parties is going to spend more and — most importantly to everyone — who gets the money.

What we can bet on is that the Democrats will spend more. This means the Federal Reserve will need to continue its debt monetization program, which is really the main driving force behind the gold rally this year.

That also means the Fed will keep interest rates low despite inflation rising well above its long-term 2% target. For the year ending September 2020, the U.S. saw an average annual inflation rate of 3.22%.

That doesn't sound too bad until we realize that at that rate, prices will double every 20 years... But it gets much worse than that! Because it isn't just an arithmetic doubling — it is a compounding. So just as compound interest can multiply your savings, compound inflation can multiply the effects of inflation. As you can see from the Cumulative Inflation chart, since 1913, we have seen 2,275% inflation. 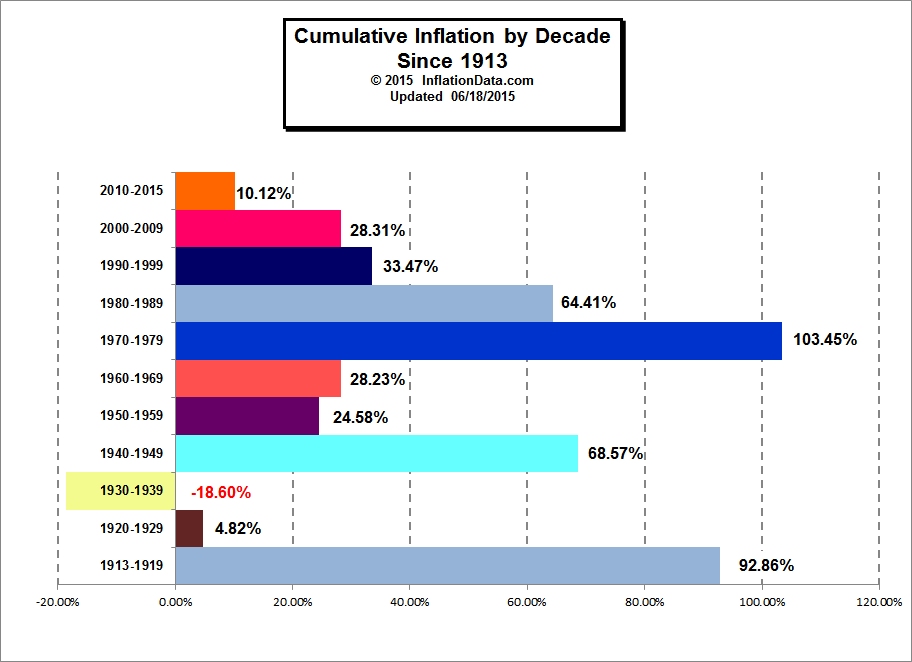 The quantity theory of money states that the value of money (and price levels for goods and services) is directly proportional to the amount of money in circulation –– aka money supply. In other words, the more money that's created, the less valuable existing money becomes.

Of course, that all goes out the window if the money isn't in circulation.

While the relationship between money supply, demand, and value is accurate as presented by the quantity theory of money, there are a number of other variables in the real world that mediate the effects of changes. The most important of those is another simple concept known as the velocity of money. 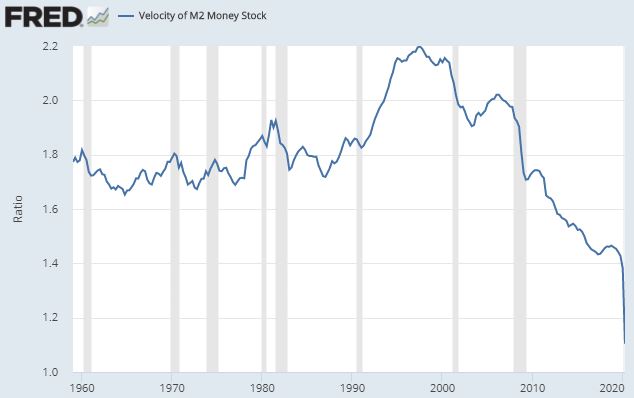 Nevertheless, once the velocity of money does ramp back up (and it will), those trillions in new cash the Fed just pumped into the supply could collapse the value of the U.S. dollar. With that, bonds will be all but worthless and gold will shine.

But there's still more we could speculate on.

Again, I don't think it's inappropriate to bet that a government dominated by the left will be marked by an insane amount of spending. That could — could — prompt fundamental changes to the Federal Reserve Act, which could — could — make debt monetization a permanent policy that would allow government to infinitely spend.

At the end of the day, I don't think we'll see any significant upside to gold prices immediately following the election, no matter who wins.

Take a look at what my colleague Chris DeHaemer is saying about gold now!