Why You Should Invest in Baltimore

I've lived in Baltimore my entire life. More than four decades I've spent living in both Baltimore City and Baltimore County. I've got Old Bay and Natty Boh in my bones, hon.

Today, I live in the dead center of Baltimore. In fact, I only know of one other residential place that's closer to the exact center of Charm City. 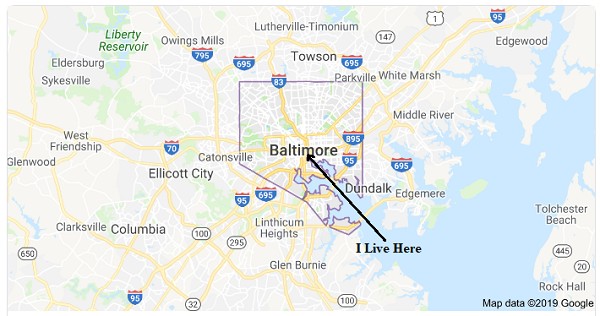 Point is, I know Baltimore City. I know its ins and outs... the ups and downs... the good and bad. If there's anyone qualified to talk about Baltimore, it's me.

Baltimore is a city in sharp contrast. It's a very "black-and-white" city. By that I mean you can be on one block and see million-dollar properties, then turn the corner and be in the ghetto.

On Broadway Street in Fells Point, you couldn't buy a burned-out building for less than a million dollars. Yet on the same street just two miles north, there are buildings that are bricked up. They're not even boarded up. The city has put cinder blocks in the doors and windows. You can't give those properties away. They're not worth the taxes you'd owe.

In another area you can be standing in front of one of the premier Shakespeare Company houses on the East Coast, then turn the corner to be in Baltimore's red light district. I shot a short five-minute video of this you can watch here.

So... is Baltimore a “disgusting, rat and rodent infested mess,” as President Trump tweeted?

Well, yes, it absolutely is in some places.

You want the real story about the rats in Baltimore?

If you're walking through the Inner Harbor (the main tourist section of Baltimore) on a hot day, you'll pick up on a very distinctive ammonia odor that you'd mostly likely identify as cat piss. I'm sure you know that smell.

But that smell isn't cat piss. It's rat piss.

Is that a racist statement? Am I disparaging Baltimore by saying that?

Well, if I am, then so did former mayor Catherine Pugh when she said of an East Baltimore neighborhood in 2018, “What the hell? We should just take all this shit down... Whoa, you can smell the rats.” (Do you need a source on that? Well, here you go.)

Now, of course, the entire city isn't a shithole. There are some very nice places in Baltimore, just like any other city. Here are a few shots I took today that are just steps from my place. 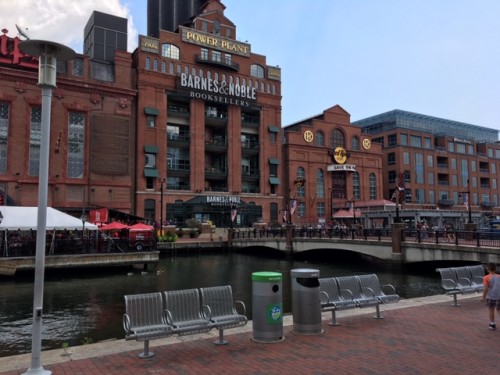 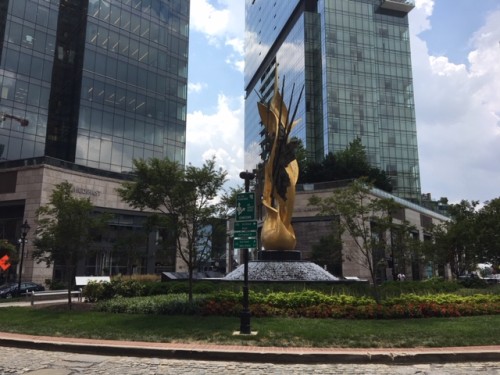 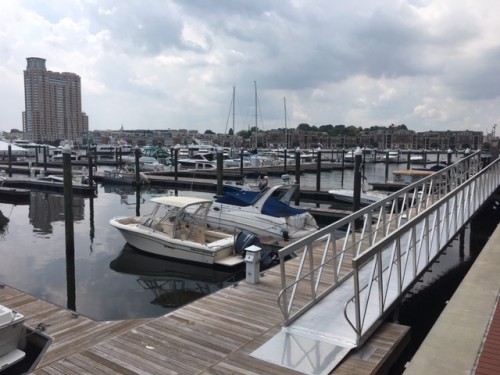 Harbor East facing Fed Hill. The condos on the right across the water are owned by Ritz-Carlton Residences and are worth millions. Author Tom Clancy's penthouse over there was listed for $12 million, before being reduced now to $5.9 million.

But what about the crime?

Well, there's no doubt there is a lot of crime in Baltimore. But it's all relative.

Let's take something like the murder rate: Baltimore has one of the highest murder rates in the country. But the fact is, murder isn't very common. Last year there were 309 homicides in Baltimore. That's a high number relative to other U.S. cities. But your chances of actually being murdered are very low.

In other words, your odds of being murdered in Baltimore are just about 0.051%.

Truth is, you have a better chance of dying in a car accident on your way to Baltimore than being murdered here.

A 2016 article in The Baltimore Sun proclaimed, “Over the past five years, in one-third of the city's 280 neighborhoods, including many of the wealthiest areas, not a single person died in a shooting.”

What you've seen on TV shows like The Wire is true. But The Wire presents an exaggerated and overly dramatized depiction of Baltimore. I mean, the show follows the lives of drug dealers... what do you expect?

Point is, the crime, the trash, and the “infested mess” in Baltimore is segregated to the city's poorest areas. If you stay out of those areas, you'll be fine.

And truth be told, there's really no reason for anyone to go into any of those neighborhoods unless they live there. There are very few restaurants, bars, or shopping locations in those neighborhoods. The only reason to visit is to buy drugs. (And I would advise against that.)

Most of Baltimore's problems are directly related to drugs, specifically heroin. The Drug Enforcement Agency has dubbed Baltimore the “heroin capital” of the United States.

Fact is, if you're from Baltimore, you know several people who have been directly or indirectly affected by heroin. In my family alone I've had two uncles and one cousin end up as full-blown drug addicts.

But that was their choice. No one stuck heroin needles in their arms. They put the needle in themselves. (And if you're curious why they would even try heroin in the first place, I don't think I can exactly answer that. But all three began using heroin after a failed relationship.)

So Baltimore is a rat-infested, trashy, crime-riddled cesspool of heroin addicts... but that's only in specific areas. The news and TV shows like The Wire would have you believe otherwise.

Baltimore has a bad rap. The stories you've heard about the city are probably true. But that truth exists among exaggeration and bombast. And that makes it a good place to invest.

Baltimore's reputation has driven down real estate prices. The real estate here is cheap relative to our closest neighboring cities, Philadelphia and Washington, D.C. Just this week, a reporter from the local news station WBAL tweeted that the Baltimore Board of Estimates will approve the sale of 10 city-owned properties near Carroll Park for just $21,000. 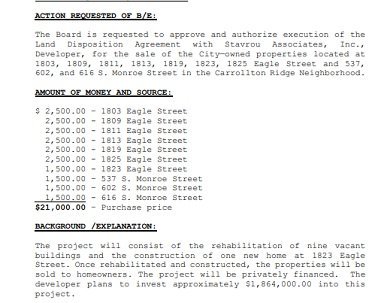 Those properties aren't exactly contiguous. And they're in a pretty bad neighborhood. But I don't know of any other major city (except maybe Detroit) where you can purchase what adds up to almost an entire city block for $21,000.

At the end of the day, Baltimore isn't as bad as the media makes it out to be. Yes, there are serious problems. But for the most part those problems are isolated.

You'll hear stories about people getting killed and mugged. Just two weeks ago, Baltimore’s new deputy commissioner and his wife were robbed at gunpoint near Patterson Park. But you won't hear about the million other people who didn't get mugged.

(Note: The new deputy commissioner just moved to Baltimore. He was out somewhere he shouldn't have been. If he grew up here, he would have known not to go to Patterson Park at night.)

So don't write off Baltimore so quickly. The city does have problems. But they really aren't as bad as advertised.