Why Investing in Oil Pipelines Is Stupid

Is it really that hard to build a freaking pipeline?

Here we are, sending rich people to space in recreational rocket ships, developing groundbreaking mRNA vaccines (and at a pace that was never before thought possible), and putting autonomous test vehicles on the road so that in 10 years, they’ll be as ubiquitous as digital currency scams and Russian hookers in D.C.

But we can’t make an oil pipeline that doesn’t leak?

According to a report from the Government Accountability Office (GAO), the Keystone pipeline, which has been the fodder of drunken political pissing matches for more than a decade, had leaked more than 11,000 barrels of oil in less than two years.

The GAO report also noted that Keystone’s largest spills were caused by issues related to the original design, manufacturing of the pipe, or construction of the pipeline.

Look, theoretically (and practically), a pipeline should be far safer than moving oil by rail. And even with 11,000 barrels of leaked oil, this is still true. That being said, if I can build my own tiny house without the roof leaking or the foundation crumbling, certainly a group of experienced engineers can make a pipeline that doesn’t have any holes in it.

Of course, the whole idea of building a new pipeline is pretty stupid anyway.

The transition away from internal combustion is well underway. In fact, by 2040, more than half of all new vehicles in the U.S. will be electric.

If the demand for oil is set to wane with the rapid development of electric vehicles, why would you seek to increase oil distribution infrastructure?

Canada’s got a lot of dirty oil it's trying to unload, and there are still many lawmakers in the U.S. and Canada who refuse to accept that the age of internal combustion is coming to an end. In all fairness, these are also typically the kinds of people who miss the good old days of rotary phones, typewriters, and smoking sections on airplanes.

Either way, the only reason to build this pipeline, which was being constructed by TC Energy Corp. (NYSE: TRP) — which happens to boast one of the worst records in terms of volume of oil spilled per mile transported — is to line the pockets of a few key executives. Make no mistake: Investors who think they’re going to get rich by investing in companies building oil pipelines are in for a rude awakening.

That isn’t to say TC Energy Corp. is a bad investment. After all, the company’s XL pipeline is only one small slice of a very large energy pie that it owns. It also pays a nice dividend too. 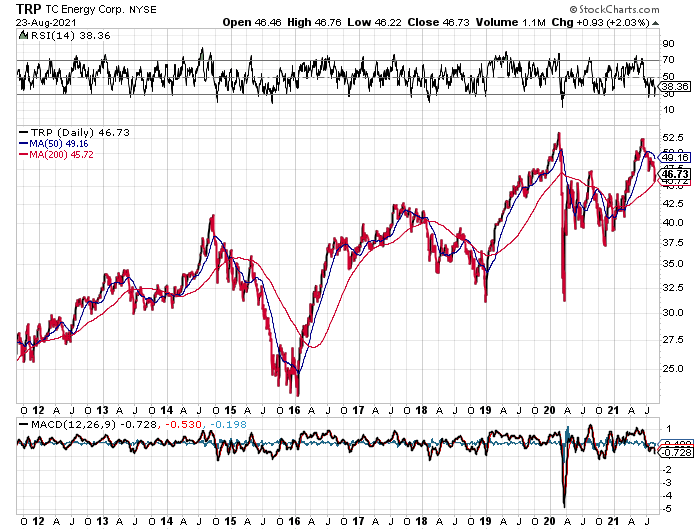 I don’t know about you, but I don’t see much value in waiting 10 years for a 68% gain, or what amounts to a 5.2% compound annual growth rate.

Ironically, Tesla (NASDAQ: TSLA), which represents the catalyst for the validation and launch of the electric vehicle sector — the very thing that makes new oil pipelines superfluous — has delivered gains in excess of 17,000% over the same period. 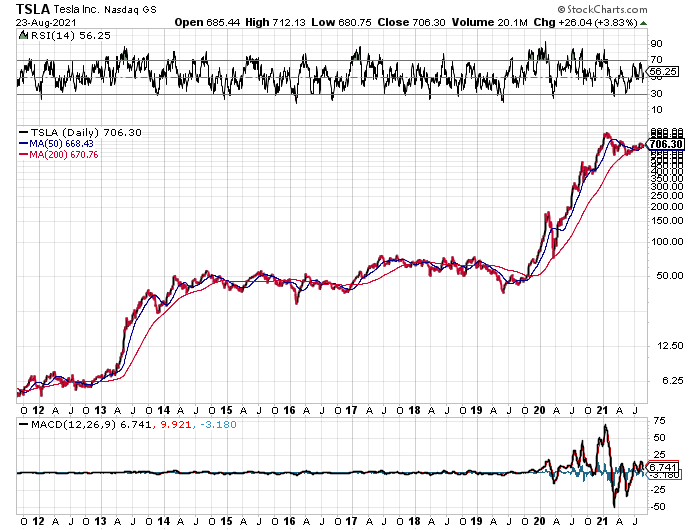