Back in 1973, America’s newfound addiction to globalism caved in on itself.

OPEC’s fury at Nixon’s military support of Israel culminated in an oil embargo that made this year’s price surge look like a discount.

The historic gas crisis that followed rattled the U.S. economy so badly that the next administration decided to take the nuclear option.

In 1975, Gerald Ford made one of the most controversial decisions of his tenure, aside from pardoning Nixon. His signature on the Energy Policy and Conservation Act officially banned all U.S. oil exports.

The plan was to insulate the U.S. from both volatility and politically motivated aggression. Depending on a hostile foreign power for such a necessary resource is a recipe for disaster.

It sounds drastic, but given the state of things, I’m sure 60% of Europe would have agreed wholeheartedly.

For years, the U.S. was quietly content to trade within its own borders. Practically unlimited supply, consistent demand, and new cutting-edge extraction technology meant that Americans could enjoy decades of dirt-cheap gas to power their 7-liter V8 sedans. 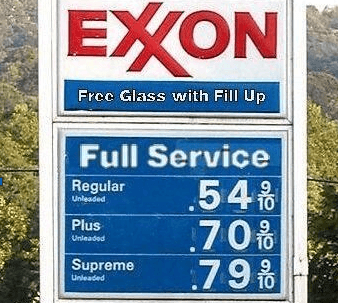 From a driver’s standpoint, all seemed right with the world. These years were the closest to energy independence that the U.S. would ever come.

But All Good Policies Must Come to an End

Eventually, the supply side got fed up with low prices and controlled output.

U.S. producers wanted a taste of the global market, volatility be damned. After all, they said, it’s not 1975 anymore.

Instead of relying on OPEC heavyweights with questionable morals, like Saudi Arabia and Russia, most oil consumed in the U.S. is produced right here in America.

Our friendly neighbor in the north is our biggest supplier of oil, so the decades-old fears of OPEC are long gone.

That, combined with America’s booming oil production in places like the Permian Basin, practically forced Congress to lift the export ban in 2015. Almost immediately, the U.S. returned to its rightful position as an energy superpower. 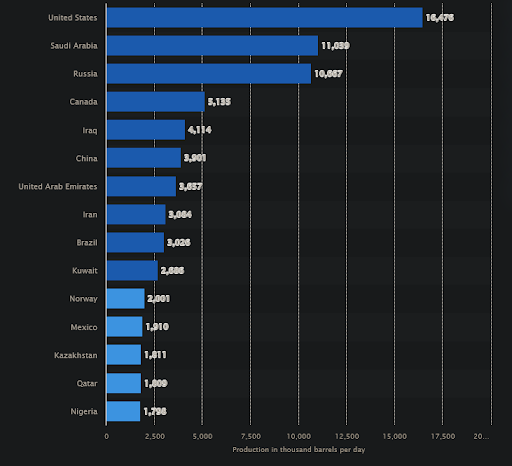 The U.S. exports more oil than the next runner-up by an impressive margin. Because of this, analysts and reporters are often tempted to use the label “energy independent."

It sounds logical at first. The U.S. exports more than it imports, so the country provides a net positive to the world supply.

But while that may constitute “oil product independence,” it’s a far cry from being totally independent in terms of energy.

It’s true that the U.S. becomes less and less dependent on oil imports every year, but the energy economy is far more complicated than that.

The problem is all the forms of stored energy we use are not interchangeable. Different fuels have different properties that make them appropriate for different tasks.

Right here is where the myth of U.S. energy independence breaks down.

If you consider the exports of all refined oil products — everything from gasoline to Vaseline — then sure, the U.S. is a net exporter. But in terms of raw crude oil, we’ve been a net importer for years now.

This might not be news to you, but it certainly is to about 75% of the mainstream media. I’m baffled by the amount of so-called analysts that have completely missed the forest for the trees.

From where I’m sitting, one fact is certain. As long as the energy economy is still based almost entirely on fossil fuels, the U.S. will never achieve true energy independence.

The market is just too complex. Too much unpredictable private-sector money floating around means neither Biden nor any other president can assert much control.

Remember his toothless attempt at stabilizing oil prices by releasing reserve oil? That’s about all he’s got.

No, the most powerful weapon in Biden’s arsenal is regulatory. And it’s become clear that he’s not afraid to use it.

The fossil fuel economy is in imminent danger of being legislated out of existence.

It’s putting up a heck of a fight, though. A big fraction of the world’s shadowy elite are heavily invested in oil and gas, so renewable energy has an uphill battle to fight.

But based on Biden’s decisions during his few years in office, he’s more than willing to champion a green revolution.

Just recently, Biden officially labeled the country’s lithium shortage as a matter of national security. Using the power granted by the Defense Production Act, Biden is dead-set on establishing a lithium mining industry inside U.S. borders.

If the country is serious about achieving energy independence, a domestic lithium supply is an absolute necessity. Biden knows that, as does every competent world leader.

Why else would China be fighting tooth and nail to build up its own lithium and EV empire?

Getting out in front of the next energy revolution has the potential to generate more wealth than some entire countries see in a year.

But domestic mining is tomorrow’s problem. It will take time for the bureaucracy to shuffle the necessary paperwork around.

Today, there’s literally only one option to stave off the world’s lithium shortage. The media must not find this company to be glamorous enough for the masses. So far, it has managed to avoid detection by the majority of analysts.

But don't let its stealth fool you. This company is in the middle of a massive expansion to its production capacity in preparation for the upcoming lithium crunch.

I won’t be able to cover all the details here, but this link contains everything you need to know about the company’s ingenious technology. 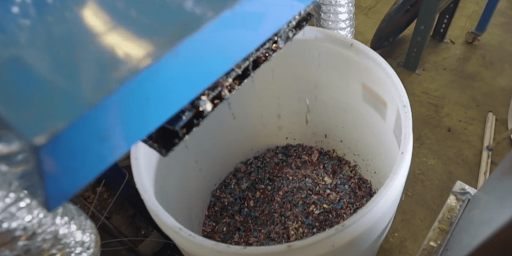 Market analysis, financial overviews, and a full breakdown on the company’s operations are all included, no registration required.

This is going to be a big one, so try your best to get in before the rest of the market catches up.