What to Do if Russia Invades Another Post-Soviet Country — Again

Publisher’s Note: Today’s editorial comes from Zachary Rosen. Zak is a recent graduate from Yale University. We promise not to hold that against him. He’s a smart young man with a promising future in the technology and energy space.

Our history works in cycles.

Repeated patterns, periods of growth to decay to crisis to change, and then starting over again.

We see this in U.S. history — big, society-transforming conflicts that sweep away everything that came before, and then we continue onward. This happens approximately every 80–100 years.

Like clockwork, the past meets us here in the present. Are we ready for it?

You know what I love with my morning coffee? Geopolitical tension. 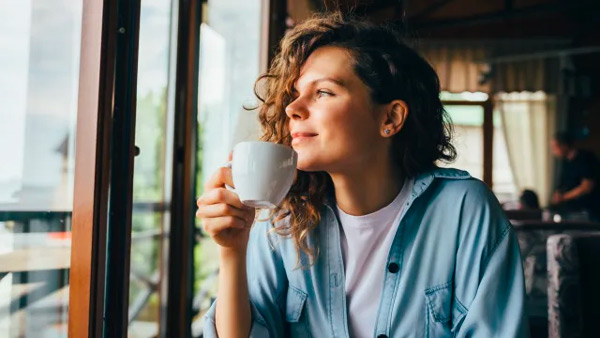 I take it with sugar and the dissolution of the post-war liberal order, no cream.

Luckily, we’ve got plenty of it.

Last week, President Biden met with Vladimir Putin to discuss the 100,000 Russian troops lined up on the Ukrainian border.

Putin says not to worry. Intelligence strategists predict a possible invasion as soon as the ground freezes.

This shouldn’t be a huge surprise given what Russia has been up to over the last eight years.

In 2014, Putin launched a shadow invasion of Crimea — a peninsula at the south of Ukraine — annexed it, and has been funding separatist forces in the east of the country ever since.

Russia also occasionally launches cyberattacks on Ukraine, including turning off the nation’s power grid. Ukraine is where Russia learned all the nifty tips and tricks it uses on the rest of the world!

But why the new threat of invasion?

Ukraine has been getting cozier with the West, asking about joining NATO and the European Union, and Putin feels threatened.

And now the other half of the equation: How is the U.S. responding?

Biden has threatened “strong sanctions” against Russia, including halting a new natural gas pipeline between Russia and Germany and suspending Russia’s access to the international financial telecommunications system.

These would weigh on the Russian economy, but there’s no telling whether they would actually stop Russian aggression. Russia has dealt with sanctions before, and Biden has ruled out the unilateral deployment of troops to Ukraine.

This isn’t surprising given that Biden (and the U.S. as a whole) is pretty tired of foreign wars. A skirmish or worse with Russia sounds unappetizing and even existentially terrifying given the Cold War nukes rusting away in old Soviet submarines.

Maybe if NATO banded together to protect Ukrainian sovereignty things would be different. Maybe the U.S. would join. But a lot of experts don’t think that’s going to happen. Ukraine isn’t in NATO.

We’ll see what happens, but I wouldn’t be too optimistic. Putin considers Ukraine to be a wayward territory. The Russian people, thanks to state media, believe Ukrainians want to be “liberated” from their own country. And Russia has plenty of experience invading other countries — think Georgia in 2008.

None of this is good news for people interested in national sovereignty or a peaceful Europe.

But here at Energy and Capital, we know there is always profit to be forged from chaos.

Most people don’t know that, no matter how much discord Russia stokes amongst its neighbors, the rest of Europe is pretty dependent upon it for one thing...

In 2020, Russia supplied about a quarter of the EU’s oil and two-fifths of its natural gas.

Europe is already in the middle of an energy crisis, sparked by Russia cutting natural gas exports. Prices have hit 20-year highs in some countries, and winter has barely started.

If Russia decides it doesn’t like how the EU responds, it can cut exports even more. Any tariffs or sanctions the EU lobbies against Russia could raise prices even further.

It would appear the democratic West is caught between a rock and a hard place.

It can stand up to Russia and cost itself a fortune, or it can do nothing — and nothing will still cost a fortune in the long run. The EU will still be dependent upon the whims of the Motherland. 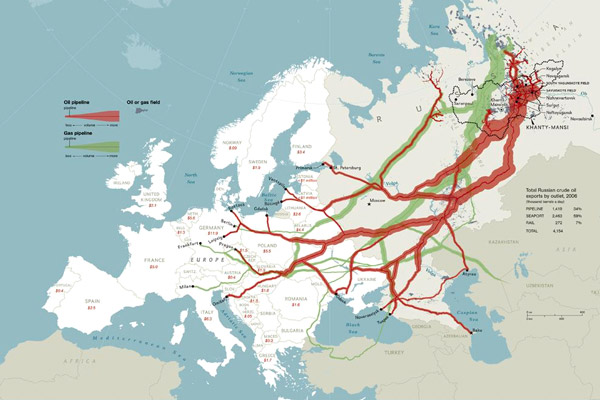 It’s like an infection, except the infection is fossil fuel dependency.

Either way, most people in Europe agree that the situation is untenable.

No one wants to rely on Putin. EU energy policy-makers want a divorce.

And this is where the United States enters stage left.

As a part of its strategic and climate interests, Europe wants to pivot to renewable energy.

But the transition isn’t complete and hasn’t always been smooth. Notwithstanding California Gov. Gavin Newsom’s ridiculous assertion that natural gas is a “zero-carbon” energy source, Europe is going to need some fossil fuels. And Russia is an untrustworthy supplier. 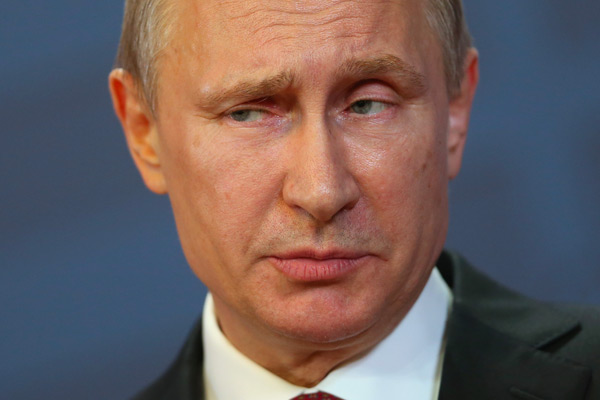 Those eyes. Those cold, dead eyes.

Moreover, the EU is contemplating following Newsom’s lead on natural gas and declaring it carbon-zero.

A temporary green classification for some investment in gas projects is sought by a group of member states mostly in eastern Europe, led by Poland.

If the reclassification goes forward, it will prolong European dependence on natural gas.

In the immediate term, if Europe faces a sudden and violent curtailing of Russian energy supplies, it’s going to have to scramble for supplies from elsewhere.

In the longer term, as European nations seek to extricate themselves from Putin’s grip, they’re going to need non-Russian natural gas.

Either way, the U.S. can make up a sizable chunk of what Russia supplies the EU right now.

If things remain proportionate, a shift from Russia could double U.S. natural gas exports to Europe.

And given how much U.S. natural gas suppliers are revving up after the pandemic, especially in the Permian Basin, this is likely to make some smart people a lot of money.

We’ll keep you posted on where to invest. But keep in mind that whatever happens in Ukraine, the U.S. has a lot to gain.

All you have to do is sit and wait for the money to roll in.