There is a lot Putin won’t acknowledge or doesn’t seem to comprehend — the will of the Ukrainian people, the century we currently reside in, the collapsing living standards of the citizens he purports to protect...

The burden of sanctions isn’t lost on him.

Putin admits that Western sanctions are a “disruption of the logistics of export deliveries”... 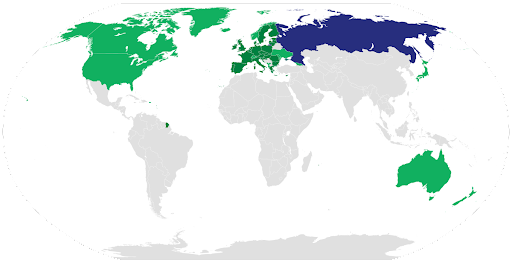 A map of "unfriendly countries"

This is… an understatement.

No, Europe as a whole hasn’t banned Russian oil, unlike the United States. But that doesn’t mean individual companies and suppliers aren’t avoiding Russia like the plague.

Which is why, at a time when Brent crude is selling for $110 a barrel, Russian Urals crude is trading for $30 cheaper.

Even with elevated oil prices helping to keep money flowing into Russia — and Russian financial alchemy having revived the ruble — this little federation is in a tight spot. 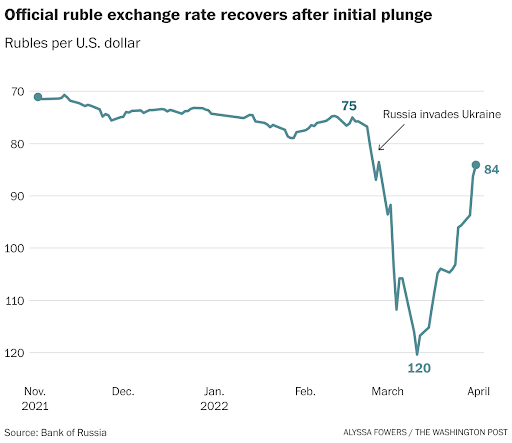 Our would-be emperor is running out of storage for a lot of the crude he’s having trouble selling. And because of sanctions, Russia doesn’t have access to a lot of the replacement parts it needs to keep its aged energy infrastructure humming along...

Which is why the International Energy Agency is predicting a 25% cut in Russian oil production this May. That’s in two weeks.

This is only the beginning.

Because even though the European Union hasn’t put an embargo on Russian oil yet, it’s certainly planning one.

Bureaucrats in Brussels are writing up new sanctions right now, giving Germany and Hungary a bit of time to get their houses in order before they forcibly turn off the lights.

Of course, the future isn’t certain — the French national elections have another week left, and who knows what kind of relationship to Russia a new far-right French president might pursue. 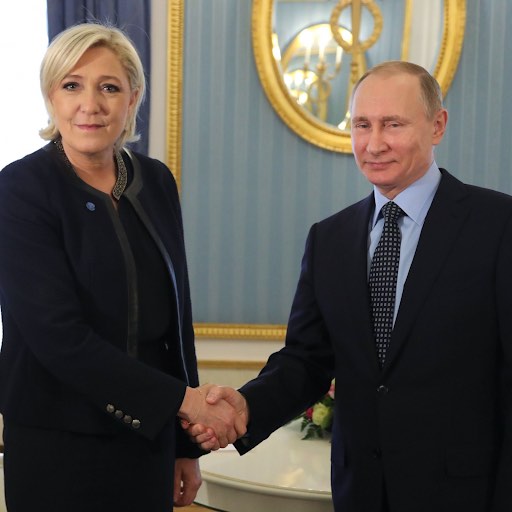 I bet her press team hates this photo.

Not to mention the fact that the longer prices remain so high, the more exhausted the denizens of the free(ish) world become.

But even with some of these mysteries yet to play out and people's weariness of high prices, a reversion to the status quo seems unlikely.

The Ukrainian invasion has galvanized NATO. Countries have picked sides. No easy resolution in Eastern Europe sits on the horizon.

The longer the war plays out, the more likely Russian propaganda is to poison viewers' minds against any kind of retreat; the more instances of mass killing pile up, like in Bucha, the less likely Ukrainians are to negotiate.

Putin has put himself in a tight corner — the stakes of victory are very high and only seem to get higher for him.

Even if by some miracle peace is found, that won’t solve Russia’s energy woes — European leaders have been concerned for the better part of a decade that they were overreliant on Russian oil. And that dependence made them vulnerable to Russian tomfoolery.

Well… Russia hath tomfooled. And caught with their pants around their ankles, the Eurocrats are scurrying to do what they should have done years ago.

Militarily: In a long-running conflict? A stalemate? Russia giving up on Kyiv so it can maintain an occupation in the south?

None of these possibilities leaves Russia in a particularly enviable position. The longer these sanctions last, the more they calcify.

While Russia might want to turn around and sell everything to China and India, it doesn’t have the infrastructure to do that.

Almost 10 TIMES what it sent to China.

Compare and contrast Europe and China

But we shall see — Russia is building another pipeline, creatively called “The Power of Siberia 2.” Putin is planning to increase natural gas sales to China up to around 40 billion cubic meters of gas per year.

He might get there by the middle of the decade –— up to about a third of what he sends to Europe.

Note that the story of increasing Russian oil sales to China is even more dismal.

But luckily, I am not Russian. And neither, presumably, are the vast majority of you.

While Russia is full of cheap energy that no one wants to buy, we find ourselves surrounded by expensive energy and in need of better options.

There are a lot of them — and they're great for investors who want to earn big profits.

I’ve written in other Energy and Capital articles about alternative oil sources, given how much trouble the U.S. would have kicking things into high gear.

Europe is always talking a big game about renewable energy, especially solar and offshore wind — perhaps this will really spur the continent to put its money where its rhetoric is.

And there are always big innovations waiting to change the way energy works. We’ve talked about them at length in Energy and Capital, from small-scale nuclear to large-scale lithium for the upcoming energy transition.

And that’s because the “status quo” people say existed before Russia decided Ukrainians weren’t Ukrainians wasn’t really static. It was just waiting for the smallest push.