What Makes Lithium Batteries So Expensive?

Turns out it's not the lithium... it's the cobalt.

There's something extremely misleading about the name "lithium battery."

We know why lithium gets all the credit: the chemistry that makes these batteries so powerful wouldn't work half as well without this unique metal.

What many people don't realize, however, is that lithium really only makes up a tiny part of the battery itself.

Still, lithium-based batteries represent one of the fastest-growing segments of the energy industry today.

The only thing holding the technology back now is price.

And the biggest cost may not be what you think...

A Load of Lithium

In the past few years alone, lithium prices have shot skyward almost without pause. 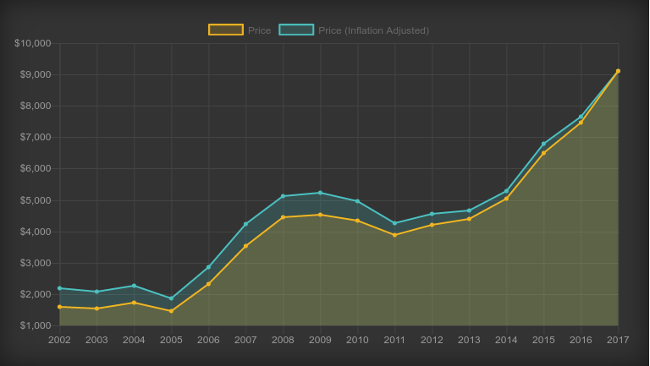 Much of this growth is due to the increased use of lithium batteries in consumer electronics, large-scale energy storage projects, and electric vehicles.

Tesla's Model 3 has finally hit the pavement, and the company intends to start ramping up production at its Gigafactory immediately. This factory is only the first planned of many all over the world, and it alone is expected to consume nearly all of the world's current lithium production.

It will take a while for supply to catch up with increasing demand, which means lithium's rise isn't slated to slow any time soon.

The titular metal makes up less than 5% of an average li-ion battery by volume.

It's an essential, but ultimately minute part of the lithium battery design.

In fact, according to research published by Carnegie Mellon University, even if lithium were made completely free today, the price to produce the battery would only fall by about 3%.

What's more, lithium is not rare.

Finding enough to cover fast-growing demand is just a matter of getting new projects in Argentina, Bolivia, and Australia off the ground.

That will take a few years, for sure, which is why we're still riding the lithium bull today. But the market will inevitably balance out, and all lithium investors today should be prepared for this eventuality.

Meanwhile, another lesser-known battery metal is facing an even bigger challenge.

The Cost of Cobalt

This is the metal driving li-ion's high cost far more than lithium itself.

Cobalt acts as the negative cathode of a lithium battery, and makes up a much larger portion of the battery by volume.

And it is a lot harder to get than lithium.

This is because the metal is largely mined as a byproduct of other metal mining operations. Because of this, there are a limited number of mines that safely and reliably produce the metal.

That puts the world's supplies in a pretty risky position...

Below, you can see just what happens when cobalt supplies are cut off. 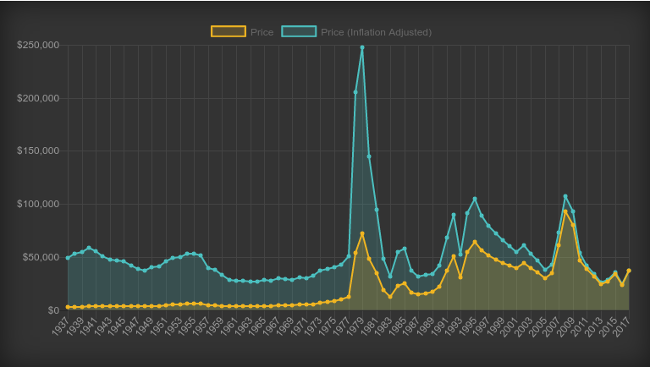 That huge spike indicates the last time a single massive mine went out of production.

And the threat of losing production capacity again is real.

The vast majority of the world's cobalt supply comes from the Democratic Republic of Congo. Last year, the region produced 66,000 tons of cobalt. The next-largest producer, China, followed with just 7,700 tons for the year.

This means that more than half of the world's supply of cobalt comes out of a single country... one that's notorious for its violent domestic disputes that put businesses in constant danger, and make investment in the industry difficult to say the least.

Of course, there are always better options if you know where to look.

Keith Kohl is finalizing his latest report on just where investors should be turning their attention to instead.

(Spoiler alert: our neighbors to the north are right behind China in the race for cobalt supply!)

Cobalt is thousands of dollars more expensive than lithium...

With lithium battery use growing all the time, you'd better believe that gap is about to get even wider.

The success of cobalt, the least-discussed commodity ever, could offer early investors gains to rival what we've already seen in lithium.

And who wants to let that kind of money pass them by?