Vikings, Teslas, and the Quest for the Perfect Electric Car Stock

Why do Norwegians love Electric Cars?

In 2019, Tesla was the number one electric car of choice in the Land of the Midnight Sun.

But today, that top spot goes to Volkswagen (OTCBB: VWAGY), after the company’s Audi electric vehicle sales clocked in at 9,277 in 2020.
Tesla came in second place with 7,770.

Although these numbers may not seem like much if you live in the U.S., in Norway, electric cars represent 54% of the personal vehicle market.
The global electric vehicle market shares is at about 3%.

So why is Norway adopting electric vehicles quicker than the rest of the world?

Hell if I know.

Maybe it’s got something to do with that Viking DNA.

After all, Vikings were way ahead of their time in terms of the technology they used to travel. 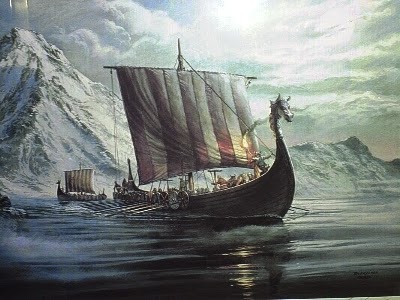 In any event, while the good folks of Norway are clearly ahead of the curve here, according to Bloomberg, in just 20 years, electric vehicles will make up about  60% of global passenger car sales and 81% of municipal bus sales.

And make no mistake, Tesla and Volkswagen will both have a sizable share of this market.

I’m also quite bullish on Lordstown Motors (NASDAQ: RIDE), which is focused on light duty electric trucks targeted for sale to fleet customers.

While we saw about a half dozen new electric vehicle companies come to market last year, I don’t see much in the way of long-term value for most of them.  Particularly the SPACs that are just collecting cash from investors and hoping for the best.

That’s not a wise way to invest your money.

But Lordstown actually has a pretty good thing going.

The company destroys its competition on pricing.  And that competition includes: Tesla, Rivian, Nikola (NASDAQ: NKLA), GM (NYSE: GM), and Ford (NYSE: F).
And it’s already got more than 50,000 pre-orders.  Some of which are expected to be filled this year.

As long as Lordstown can stay on track and prove its first-mover advantage in the light duty electric truck fleet market, this should be a solid long-term play for electric vehicle investors.

I also see it as a potential acquisition target by one of the major automakers or by Meili – the Norse god of travel.