To Infinity... and Beyond

I, like most people, didn't think Watson stood a chance, either.

But when the dust settled, the machine had outsmarted and overthrown its human opponents easily.

I'm talking about this week's Jeopardy! competition, in which an IBM (NYSE: IBM) computer, called Watson, mopped the floor with the two best contestants to ever appear on the quiz show.

Physicist Albert Bartlett once said, “The greatest shortcoming of the human race is our inability to understand the exponential function.”

He's dead on. His insight can shed some serious light on the human condition and improve the condition of your portfolio.

In 1877, when Edison recited “Mary Had a Little Lamb” for his first phonograph, who would've thought we'd ever tweet on iPho 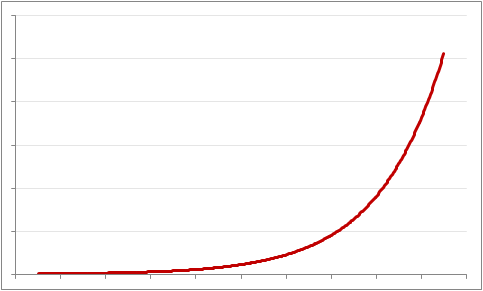 When the Wright Brothers made their first flight in 1900, who would've thought we'd be able to fly to the moon?

And when the Army unveiled the Electronic Numerical Integrator and Computer (ENIAC) in 1946, surely no one thought there would soon be a version of it in most American homes...

That's the power of the exponential improvement.

But people fail to understand it because improvement can be painstakingly slow in the beginning.

Just think of a Petri dish with one bacterium in it. Growing exponentially, it first splits into two bacteria, then four, then eight.

Seems slow, right? But after only 20 splits, there would be over 2 million bacteria...

That's the power of exponential growth.

Recognizing and applying it can be the key to easy wins in the stock market.

Exponential growth can apply to many industries and occurrences.

It's the exponential improvement of computers that allowed one to compete on Jeopardy! this week. It uses 2,800 IBM central processing units (CPUs) to find the answers to complex questions posed in nuanced language.

Watson uses an entire server room of processing units that share memory to access terabytes of data at a speed of 500 gigabytes per second.

The computer beat Jeopardy's best by almost $50,000, leaving both the contestants and audience in shock.

And to think, in this clip from a 1994 Today Show, Katie Couric and Bryant Gumbel were at a loss to describe what the Internet even was.

That's the power of exponential growth.

When applied to computing, exponential growth is called Moore's Law, and it states the number of components able to be placed on an integrated circuit will double every two years. 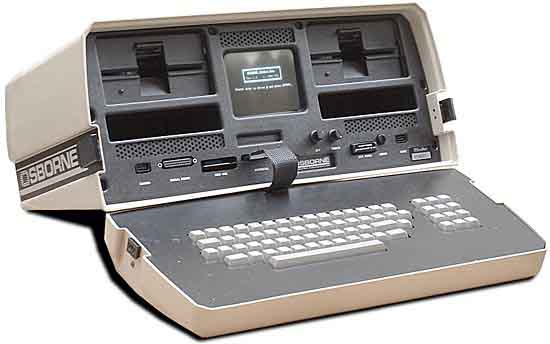 But it doesn't just apply to computers...

To infinity... and beyond

Exponential improvement has taken us from Model Ts to Chevy Volts and from wooden floor model TVs to inch-thick LEDs.

You may be behind the curve when it comes to investing in technologies, as most of those profits have been made. But we're well ahead of exponential improvement in medicine.

Because although advancements have been made in diagnostic and surgical procedures, many fundamentals of medicine haven't come all that far.

We still amputate. We still need transplants. We still primarily treat, not cure.

That's all starting to change very quickly as exponential improvement starts to take over and medical advancements grow by leaps and bounds.

Just in the last year or so...

Scientists at the University of Southern California created cells in mice that are immune to HIV.

Synthetic biology company Intrexon pioneered a DNA drug that kills cancer from within.

And in the biggest advancement yet, a Peruvian doctor has established a proven method to grow new organs and limbs on demand.

That last one is a game changer. It could mean the end of donor waiting lists, amputation, and many of the diseases that continue to plague the human species. It's already in Phase II trials, and you can learn more about it right here.

It's the power of exponential improvement happening right before your very eyes.

Try to keep the idea of the exponential function in the back of your mind when it comes to investing and the world around you.

Failure to recognize it means many opportunities will pass you by very quickly...

Consider that Watson was built in four years.