Today’s Technology is Practically Obsolete... Is That a Good Thing?

The tech market has this pesky habit of instilling its gadgets with what’s called “planned obsolescence.” Basically, this means the device you’re reading this on right now is probably set to become obsolete within the next year or so by design.

The idea, of course, is to get you to buy a new one every few years so the company always has a source of income, and you always feel like you’re getting something bigger and better.

From an investment standpoint, that sounds like a pretty crap deal. Unless you’re a day trader, you probably want to be able to hold onto your stocks a while and see them grow, not lose value.

So why invest in something today that you know won’t be around tomorrow?

Well, so long as what you’re betting on isn’t the next big iPhone, there’s a good chance investing now can get you in on the ground floor of much better tech down the road...

Taking It in Stride

What makes planned obsolescence such a pain is that it only happens once a device reaches the top. If the company can tell you exactly when the “next big thing” is coming out, it’s already discovered it and is just waiting for the right time to sell.

There’s nothing big and grand about these updates usually, because they’re either expected or unnecessary (groundbreaking wireless headphones that later turn out to require straps, as a random example).

What’s important isn’t that the update is new, but that it’s an actual improvement on the tech.

Once you’ve reached the time of planned obsolescence, that becomes a moot point.

Rather than investing in a technology that has already hit its heyday and is just coasting, investors looking to see growth should be paying attention to tech with a strong base but a lot of room for improvement.

Right now, nothing fits that bill better than renewable energy. 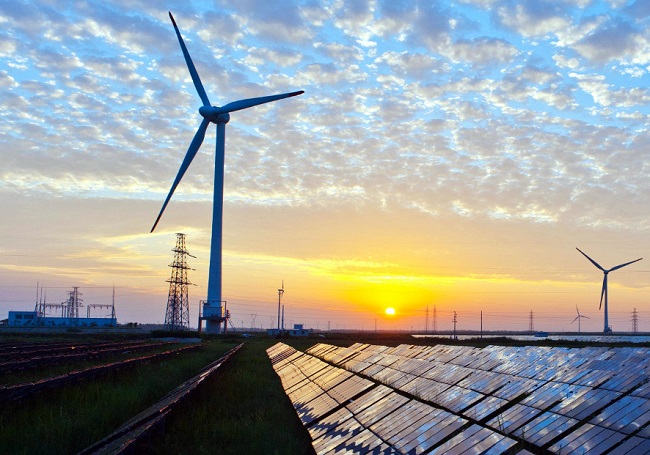 Both solar and wind have hit a road bump, having reached the point where rising efficiency and dropping costs are seeing a slowdown.

This isn’t planned at all, mind you. It’s just that the tech needs more time to mature.

And that’s where the moneymaking potential lies...

You see, improvements from here on out won’t be as arbitrary as better-looking panels, though Tesla seems to think that’s the next logical step.

As it stands, today’s commercial solar panels and wind turbines don’t produce enough energy on their own to cover large-scale energy demand. Even rooftop solar systems can't negate a home’s energy bill like people hoped they would.

Until the industry can make good on those promises, investing in solar panels is one long-term way to get in on the biggest gains yet to be made.

In the meantime, however, there are ways to be making money in the renewable industry that require a lot less waiting.

These microinverters use semiconductors to covert energy between direct and alternating current, an essential function for energy production of all sizes. Without it, we wouldn’t be able to effectively direct mass-produced energy from power plants into the individual appliances we use every day.

Enphase’s microinverters are also equipped with data-collecting software, helping companies monitor and manage their solar panel systems and effectively making each panel into an Internet of Things device.

Perhaps even more importantly, the company also offers energy storage systems in the form of AC batteries. Since converters and batteries are both essential to making solar a viable energy option, Enphase has a huge advantage over companies that only offer one or the other.

Now, the company’s stock wasn’t immune to the downward slide that put many solar companies out of commission over the last few years, but it’s looking to make a strong return in 2017.

Already this year, the stock is up more than 77% as of this writing. That’ll be due to a combination of debt reduction and customer base growth in the last quarter of 2016.

In addition to now offering its systems through approved U.S. sellers, Enphase recently partnered up with nonprofit GRID Alternatives to offer as many as 50 solar-plus-storage systems to low-income customers in sunny California.

Outside of that, Enphase has sold its systems in 21 countries around the world and earned the Best Inverter Seal of Approval in the Netherlands, France, and the UK for 2017.

While science works on making a better solar panel, this company and its like will continue reaping the benefits of a fast-growing market.

It’s well worth investing in this technology now to watch it develop and improve with today’s solar tech. There’s no room for planned obsolescence, either; energy conversion and storage will always be in demand.

It’s the development of these essential technologies that will offer investors in the energy space the most bang for their buck.

Two Metals Making Bigger Waves Than Lithium
Lithium may be the star of the show, but we're about to see a boom in two other materials that are absolutely essential to the rechargeable batteries we rely on today.
Tesla (NASDAQ: TSLA) is Heading to $300!
Tesla shorts could be gearing up for an uncomfortable reality.
California Sparks Incredible New Direction for Lithium Batteries
Energy and Capital editor Keith Kohl takes a closer look at California's new direction toward lithium batteries.
Two States Now Racing for 100% Clean Energy
Energy and Capital editor Keith Kohl looks into the effects of new energy legislation in California and Massachusetts.
Hydrogen Fuel Cells: The Downfall of Tesla?
Lithium has been the front-runner in the battery technology market for years, but that is all coming to an end. Elon Musk is against them, but Jeff Bezos is investing heavily in them. Hydrogen Fuel Cells will turn the battery market upside down and we've discovered the tiny company that is going to make it happen.