Three Oil Stocks to Own Now

When I was a child, I had the Wild and Crazy album by Steve Martin. It was the one with him wearing bunny ears and a white suit on the cover. I used to listen to it with the volume turned down on cold winter days as the steam hissed out of the radiators. 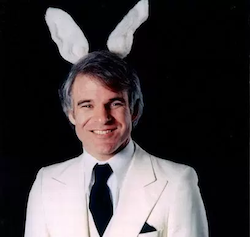 STEVE MARTIN: Let’s repeat the Non-Conformist Oath. I promise to be different!

AUDIENCE: I promise to be different.

STEVE MARTIN: I promise to be unique.

AUDIENCE: I promise to be unique.

STEVE MARTIN: I promise not to repeat things other people say.

Everyone likes to believe they are good contrarian investors like Graham and Dodd or Buffett and Soros... that they go against the herd and buy low and sell high.

But by definition, they are not.

Investopedia defines contrarian investor as such:

Contrarian is an investment style that goes against prevailing market trends by buying poorly performing assets and then selling when they perform well. A contrarian investor believes the people who say the market is going up do so only when they are fully invested and have no further purchasing power. At this point, the market is at a peak; when people predict a downturn, they have already sold out, at which point the market can only go up.

In other words, if the vast majority has bought, then the price cannot go up much further and must reverse because there is no one left to buy. I think of Yahoo! at the top of the dot-com bubble, or rare earth stocks, or perhaps uranium in the resource bubble. Of course housing in 2007 or car loans today are scraping the bottom of the qualified buyer tank.

The opposite is also true. When everyone has sold, then an asset has no choice but to go up.

Do you remember September in the third quarter of 2015? It wasn't that long ago. Caitlyn Jenner, the male Olympic champion of my youth, was now a she. The Royal Brits announced they were pregnant again. And an investment headline read, “Silver Prices Fall to Six-Year Lows: Market Looks Horrible – Analysts.”

A Kitco headline declared: “Gold Set to Plunge Below $600.”

Supply deficit: remember that. It will be important later...

Despite the ominous mood at the time, in September of 2015, silver and gold started an epic ramp up. 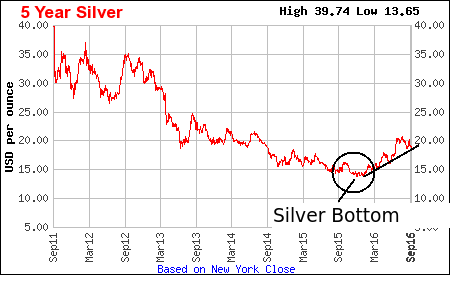 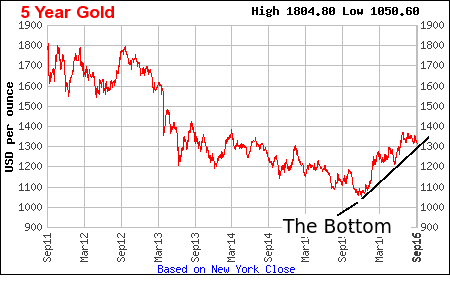 One, no one wanted to own gold stocks. The herd was against it. “Experts” told us that gold was going to $600. They were wrong, of course, and contrarian investors who made up their own minds and went against the grain made big money.

The second reason is that costs are fixed. When the price of gold goes up, all of the additional sales drive up margins and increase earnings per share. At the same time, value metrics like price to earnings and price to book drop precipitously.

There is still money to be trading gold and silver after the latest pullback, but I would like to point your gaze at another sector.

It's one of the most hated in today's market. That's right: black gold, Texas tea, oil.

The headlines today tell us that oil is done. It will never come back, and if the Middle East doesn't pump it, then Russia or the United States will.

Goldman Says, “Big Oil Was Never That Big of a Money-Maker.”

But there are others who are perhaps a bit more honest, like Tom Lydon of ETF Trends, who writes: "Oil Could be the Commodity Play of 2017.”

Even more telling, the oil bears are at odds with the IEA and EIA, whose research is pointing to the fact that demand will continue to grow, while the stockpile will shrink. 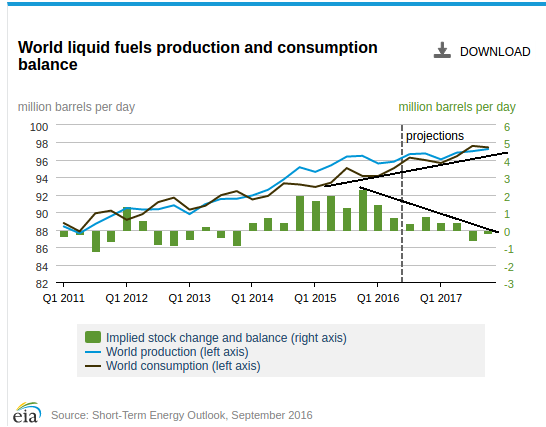 This is the same scenario that sent gold and silver flying over the last year. Lower supply, increasing demand, and zero investor interest. It's a contrarian investor's dream opportunity.

Given the five-year oil price chart, it looks like the bottom is already in: 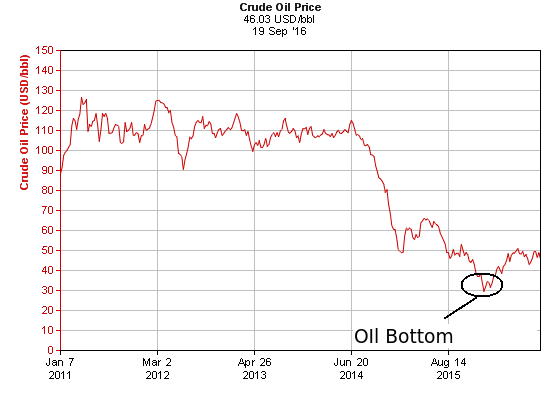 Check out our report.