They Are Sticking it to Us

Over the past 20 years, since I've been working on and writing about the stock market, the major Wall Street firms have consolidated power to a tremendous extent.

These are the guys who, with their lobbies and politicians, write the regulations that ostensibly claim to protect America from the next crisis. They do the exact opposite. New regulations have accommodated the rent seekers and forced the little guys out of business.

The financial definition of rent seeking is the use of a company, organization, or individual's resources to obtain economic gain from others without reciprocating any benefits to society through wealth creation.

The large financial institutions lobbied and got higher fixed costs of doing business through regulation. As these fixed cost rose, the threshold for retaining capital also rose. The upshot is that there are fewer banks in the United States. The number of banks is down 60% over the last 25 years.

This is the Federal Reserve's own chart: 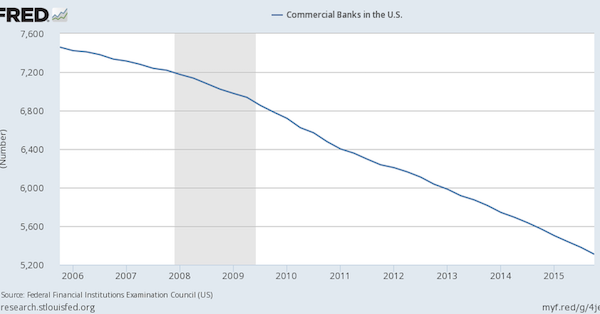 At the same time, the Federal Reserve keeps hitting CTRL+P and pumping out huge amounts of money. 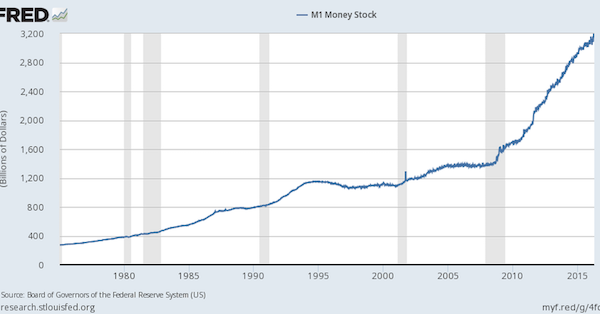 This money was intended to shore up banks' balance sheets, encourage consumer spending, and jump start businesses spending on capex. But like most government programs, there are unintended consequences.

The money was and is being spent on buybacks. The total U.S. non-financial spending by companies on their own shares has been $2.24 trillion since 2009. At the same time, they borrowed $1.9 trillion to finance it.

And companies are notoriously bad at buying low and selling high. In fact, they do the opposite, as you can see by this chart put out by Societe Generale: 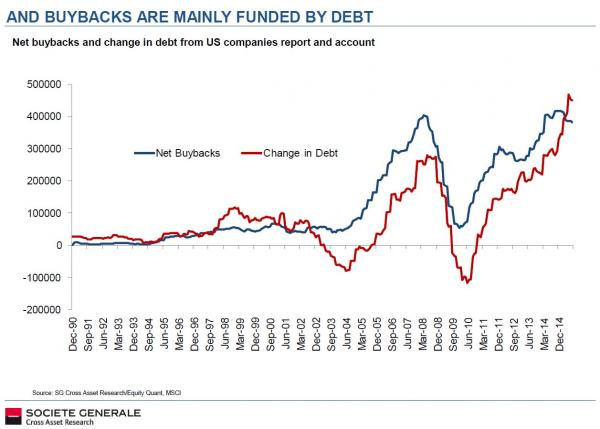 Pension funds, meanwhile have been net sellers to the tune of $1.05 trillion. Households and hedge funds have sold $558 billion.

The Federal Reserve is financing the greatest swindle in history. Not only has Wall Street bought all the housing stock at the lows and forced Americans into to rent serfdom, but it has also managed to get the peasants to sell their shares while taking companies private one buyback at a time.

This is all fish wrap. The trend of the great money transfer of the last seven years is nearing its end. Unbelievably, we are witnessing the second-longest bull market in history. And like all bull markets, it must end. The smart money is already selling and, according to Bank of America, has been selling for the last 11 weeks.

The question, as always, is where do you put your money? Housing is a bubble, stocks are expensive, and savings rates are below inflation — heck, even art is at all-time highs.

Everything is up except commodities — which is just where you want to be in a correction.

I prefer silver for a number of reasons I have written about in the past, including increased use in solar panels, shuttered mines, and a historically higher gold-to-silver ratio... Despite the massive, triple-digit run in silver mining stocks this year, there remains plenty of upside. 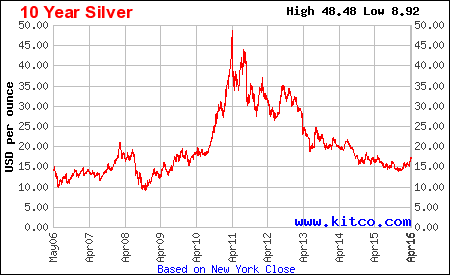 As you can tell by the above 10-year silver price chart, you will notice that we have just now broken the downtrend. 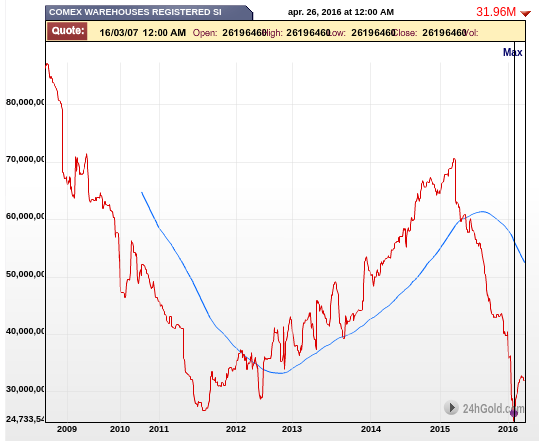 Will the great silver launch of 2011 happen again? I don't know, I'm not a seer. But it's a better bet than Apple (NASDAQ: AAPL), and it's sure a lot safer than the world's most crowded trade, the Vanguard 500 Index Fund (VFIAX).