The Potential of Shale

The Wilt Chamberlain of Frackin'

My man T. Boone appeared on the Daily Show a few nights ago...

But none of the juicy details appeared in the 7-minute segment appearing on television. To get the good stuff, you had to check out the video on the Web.

I've been covering the Pickens Plan in these pages since early 2008. His aim is to replace imported OPEC oil with natural gas in the next ten years.

That's about five million barrels per day (mbd) of the 13 mbd we import, or 38%. It's gained some attention, but cheaper oil prices during the recession left it lacking momentum.

With oil back up around $90 ($100 for Brent), unrest in the Middle East, rising gas prices, and a nod from Obama in the SOTU, Pickens is out pitching his plan again.

What's good for the goose...

Pickens told Stewart, “We've gone 40 years with no energy plan. You know who else doesn't have an energy plan in the world? Nobody. It's nobody. We're the only one without an energy plan.”

He noted China is even considering the Pickens Plan. The Wall Street Journal confirms, noting “liquefied natural gas could displace about 3% of China's estimated diesel demand by 2015.”

Even Abu Dhabi is pursuing similar goals. “And guess what?,” Pickens asks. “They'll send the oil to us.”

3x the House of Saud 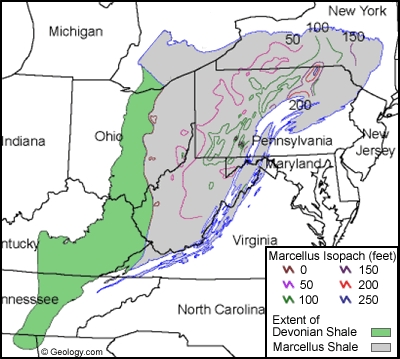 , we need to power our cars and trucks with natural gas instead of oil.

And it could actually happen, thanks to our shale gas reserves and new drilling techniques.

Pickens claims there are 4,000 trillion cubic feet of natural gas.

I didn't fully understand how much that was at first, either...

But it's a lot — the equivalent of 700 billion barrels of oil. That's three times what the Saudi's have, maybe more now that we know they've been lying about their reserves.  Exploiting it would cut the descendents of Muhammad bin Saud off at the knee.

Is it under common ground?

A lot of that gas is in the Marcellus Shale, which you've undoubtedly read about in the news. 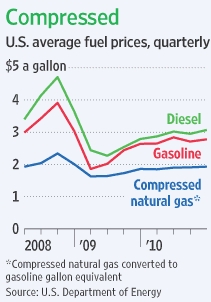 And by 2030: “Gulf Coast shale deposits will generate 15 billion cubic feet a day.”

As is important for the success of any energy source, it's also receiving support from both ends of the political spectrum.

Former Halliburton CTO Vikram Rao thinks shale gas “is the most important energy event in the U.S. since the discovery of Alaskan oil.”

On the other side, Sierra Club president Carl Pope wants to “run the railroads on natural gas, not diesel, [...] run fleet vehicles on natural gas,” and “replace peakers with fuel cells.”

A Barclays Capital report claims trucks could save a dollar per gallon by switching.

But the only way to make it economical is with hydraulic fracturing — or fracking.

Pickens has been fracking since 1953. He told Stewart he'd fracked 3,000 wells in his lifetime, prompting the host to quip he was “The Wilt Chamberlain of Fracking”.

But we'll have to frack a lot more if we're to make a dent in oil imports...

A new report by Black & Veatch shows natural gas will account for 40% of our electricity needs by 2035, up from 21% today.

So it's well advised to take note of this trend now because — whether for cars, trucks, or electricity — a lot of natural gas is about to come out of the ground.

That means the price of the commodity itself may remain subdued, but the drillers fracking the wells are going to make a killing.