The Oil Bear Is NOT Dead — but Neither Is Your Portfolio

While the Federal Reserve is hard at work thinking up new definitions for “recession,” your oil gains are draining away.

This summer has been a brutal ride for the energy sector. After outperforming the market for months, sudden demand loss and inflation are taking their toll. Some classic signs of an upcoming bear market are starting to rattle investors.

This is the challenging part of the game. As it’s been said, nearly anyone can make money in a bull market, but it takes careful planning and discipline to survive a winter with the bears.

And to top it off, this isn’t your average bear market.

Check the very end of that graph again — it’s a sudden and unexpected nosedive during what should be a productive time for the sector.

There are honestly 100 reasons why oil and energy in general should be skyrocketing right now. So far this year we’ve seen Russia’s banishment from half the oil market, Europe’s heat wave drying up its rivers, and even explosions at U.S. LNG terminals.

The summer driving season in America was supposed to strain refineries to the breaking point, and at least one hurricane was expected to knock the Gulf Coast out of commission.

Neither of those things happened.

Americans drove at or below 2019 levels, and refineries ran themselves ragged at over 90% total capacity. Like a dirty carburetor, the market became flooded with gasoline.

Before anyone realized what was happening, U.S. gasoline inventories grew to the highest levels in years. Russia offloaded its oil to happy customers in India and East Asia, dragging down oil prices even more. 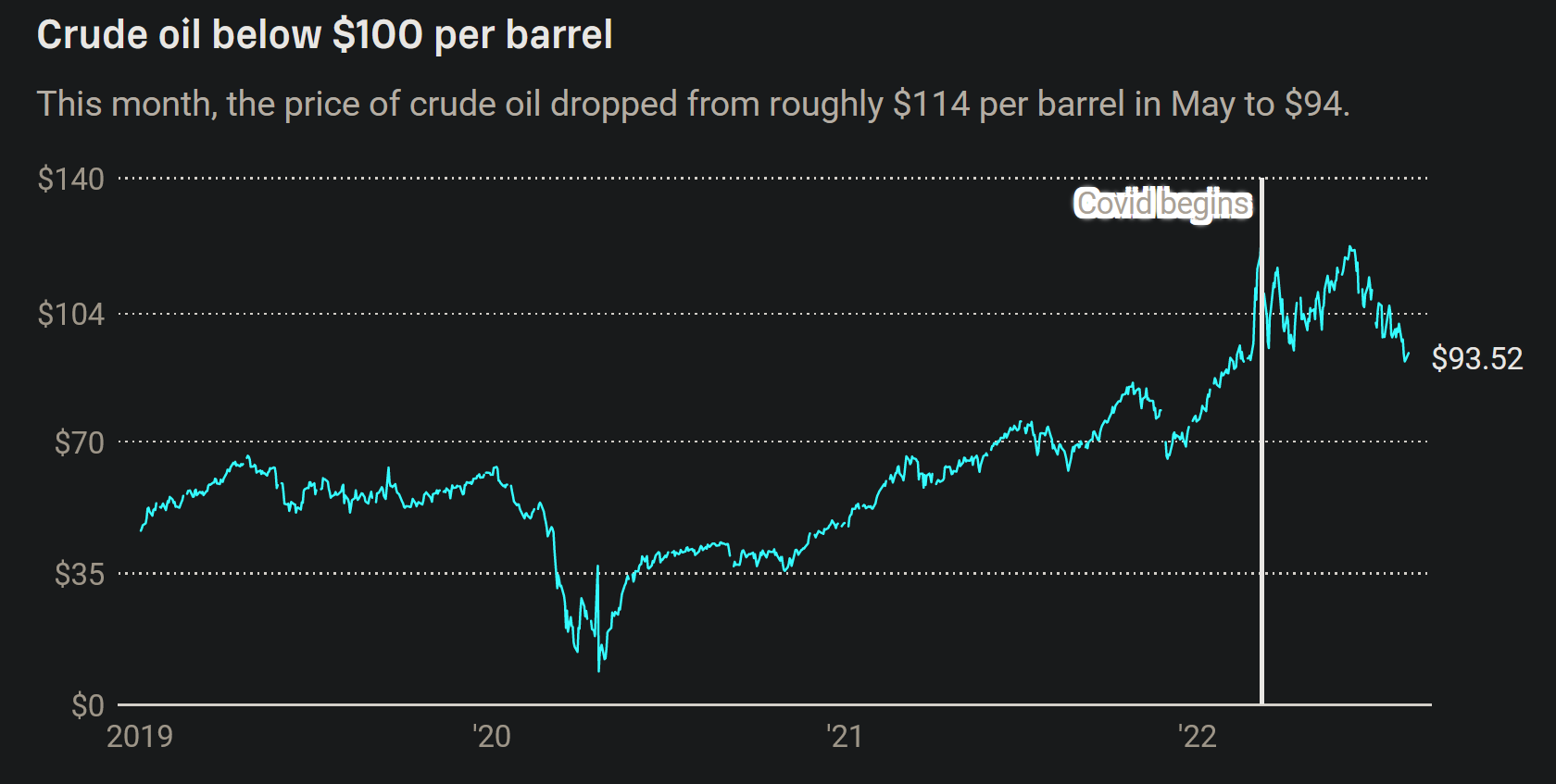 The drop-off in oil and gas demand at the end of summer can be incredibly steep but is typically offset by the previous months’ demand. It’s the natural cycle we see almost every year.

When prices don’t hit the expected peak and supplies are higher than ever, that drop-off will turn into a free fall.

Giants like Exxon and BP are finished making “more money than God.” They're no longer the safe dividend-payers they used to be.

The energy sector is still mostly in the green, thanks to these bigwigs. The lingering effects of summer means they're keeping pace with the S&P Energy Index and posting 20%–30% gains.

But that won’t be the case for long.

Aside from the inevitable crash coming at the end of this lackluster summer season, Biden has already made his animosity toward the oil aristocrats perfectly clear.

He’s painted a target on the backs of companies like Exxon and BP, which can be a regulatory death sentence. We’re steering clear of these bigger outfits until the heat dies down.

As always, our investment strategy looks for outsized value from much smaller companies. They're the ones that can hand investors ridiculous triple-digit gains in a few months or less.

In the oil and gas sector, those “small companies” can still boast billions in annual revenue, and some of them pay almost 20% in annual dividend yields. That’s enough to beat inflation and still have cash left over.

Don’t let the first half of this article scare you — now is NOT the time to bury your head in the sand and wait for the market to look prettier. There is still potential to make money and set yourself up for the inevitable recovery.

Our team of expert analysts has compiled a list of four stocks that are barely a tenth of Exxon's size. They operate in specific niches of the energy sector but have enough potential to outpace the market.

We all knew this downturn was coming, folks. What goes up must always come down. That doesn't mean you can’t still profit.

If you’re not afraid to tangle with the bears, you’re going to need this guide. It will show you everything — stock picks, when to buy and sell, and how to truly understand this beast of a market.