The Next Meme Stock Ready to Explode Will Be…

The squeeze on the market's most heavily shorted stocks continued this week as r/WallStreetBets followers drove the share value of AMC through the roof. 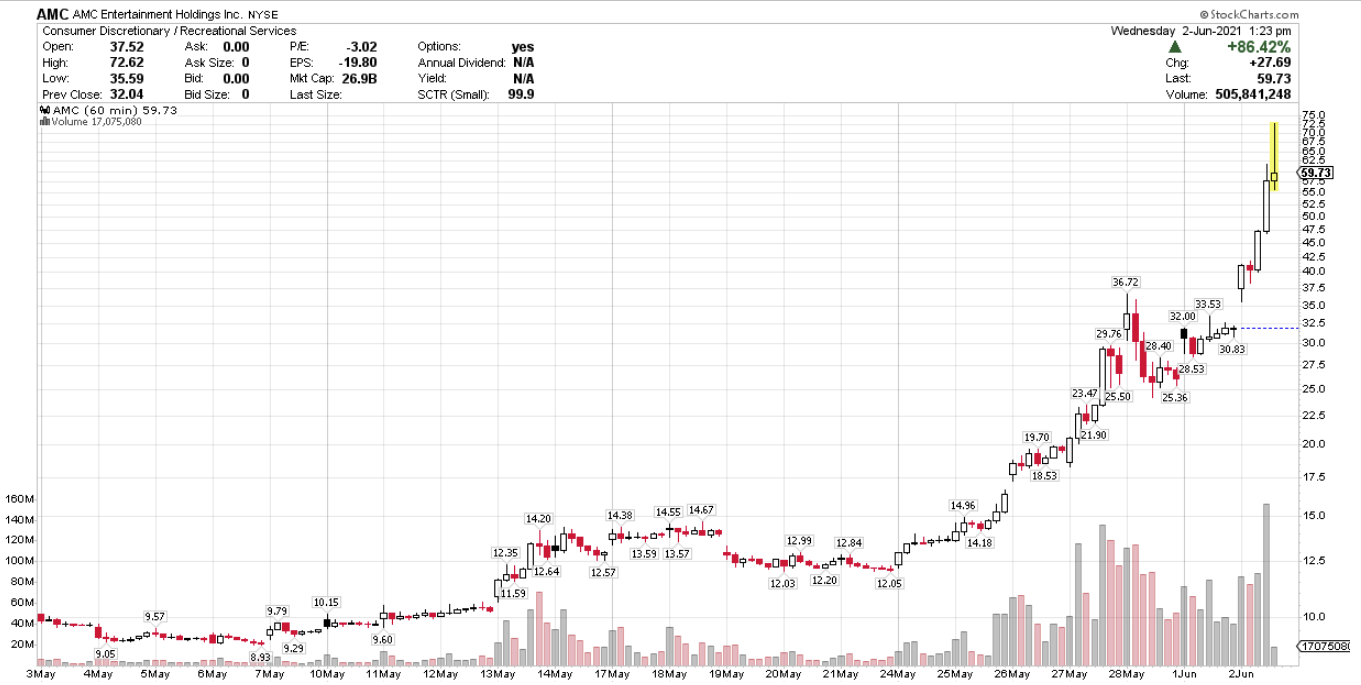 James — a gamer, gambler, and day trader — was privy to the Reddit mob’s move earlier than most. By buying "near in-the-money calls” on AMC, he turned a small starting stake into $10,000.

It’s a perfect example of how regular ol’ Main Street traders, when banded together, can be as powerful as any Wall Street institution.

Now, I should be jealous of my friend James because I was on the sidelines for this ride. But with the year shaping up to offer many more short squeeze opportunities, I have no fear of missing out.

And if you missed out on GameStop Corp.'s (NYSE: GME) run or AMC’s rise, you shouldn’t worry either.

Four Things You Need to Know About Meme Stock Trading

After pumping and dumping GME and AMC for what seems like months now, Reddit’s Wall Street revolutionaries are starting to turn their attention to new opportunities.

The trading thesis behind this group's next target is the same as it’s always been: Combine millions of small stakes on the market’s most shorted stocks and drive up the price of the underlying asset for big gains. At the same time, the group is also trading naked call options for even bigger profits.

For the record, I don't have a problem with any of this. If Elon Musk can pump up cryptos and his own Tesla stock by tweeting misinformation to millions of loyal followers, why can’t these everyday people work together for their own gain too?

In my opinion, they should — without any worries about the SEC or Congress breathing down their necks about it either.

But before you hop on the meme-stock vomit comet, consider these new rules to follow as they may differ from your general investing philosophy. Because here’s the thing about revolutionaries: They either die heroes or live long enough to become villains. At some point, the Reddit revolutionaries will undergo a similar transition when they can’t decide what stock to pump next or when to sell for profit. Therefore, if you're going to meme trade, consider these four tips:

Now, if you’re ready to swing for the fences and don’t care about striking out like the starting lineup of my New York Yankees is right now, here’s the next meme stock on the Reddit short squeeze list.

The Next Meme Stock Ready to Explode Is BlackBerry

The last time I owned a BlackBerry (NYSE: BB) phone was in 2008. I really did like it, but times have changed. Since then, I don’t think I’ve seen more than five of these phones out in the wild. Verizon doesn’t sell them on its website, and neither does T-Mobile. And although BlackBerry is working tirelessly to reposition itself more as a software as a service (SaaS) company than a smartphone maker, the truth is it's struggling to regain relevance.

Maybe it’s nostalgia or maybe it’s the unfettered belief that the company can reestablish market share in new sectors. Regardless, Tip No. 4 from above tells us it doesn’t matter.

What does matter is the Reddit and Twitter chatter about pumping BB shares is peaking just like these social media mentions did before AMC and GME surged. 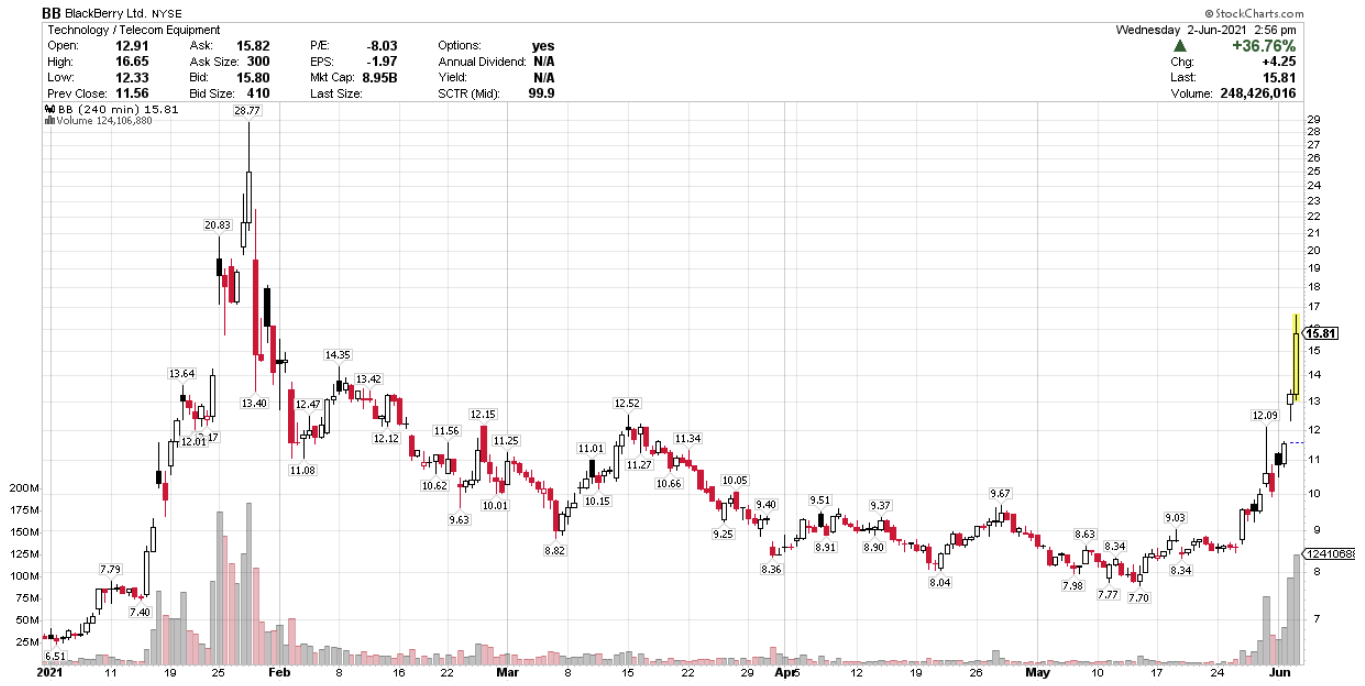 In contrast with AMC, BB shares are still cheap and over 100% off their high from earlier in the year.

If the Reddit trader thesis holds true — which I strongly believe it will — BB should be the next stock to soar off the momentum.