The "New Normal": Challenges and Opportunities

Franklin Delano Roosevelt was inaugurated as the 32nd president of the United States, defeating Republican incumbent Herbert Hoover in a landslide victory.

In his first speech to the nation as president, FDR addressed issues of his time including a devastating economic crisis (now known as the Great Depression), a staggering 25% unemployment rate, and deteriorating foreign relations due to more isolationist policies.

Any of that sound familiar?

It should, because that's basically the position America finds herself in again today.

Mr. Roosevelt addressed those issues in that speech, famously saying:

This is preeminently the time to speak the truth, the whole truth, frankly and boldly. Nor need we shrink from honestly facing conditions in our country today. This great Nation will endure as it has endured, will revive, and will prosper. So, first of all, let me assert my firm belief that the only thing we have to fear is fear itself — nameless, unreasoning, unjustified terror which paralyzes needed efforts to convert retreat into advance. 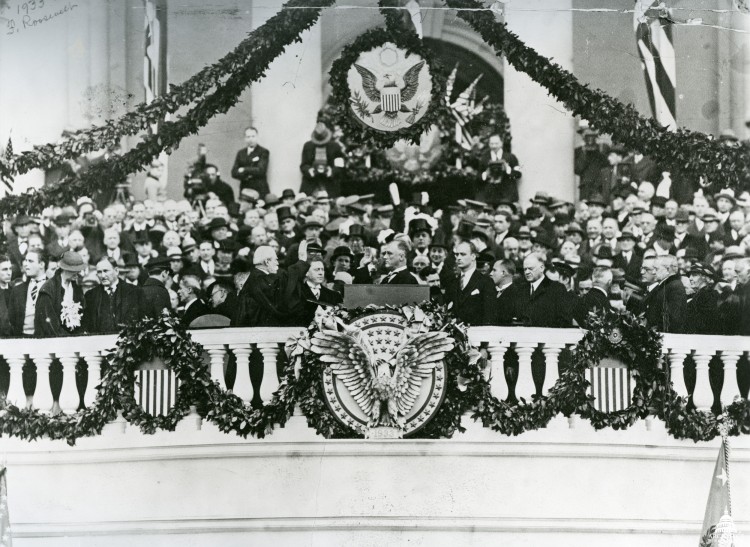 Too bad we didn't take a lesson from Mr. Roosevelt when first approaching the COVID-19 pandemic. Because the economic consequences we now face as a result of the pandemic shutdowns don't necessarily stem directly from the U.S.' 170,000+ coronavirus deaths or the 5.5 million+ confirmed cases. They're mostly a result of the fear of coronavirus spreading.

Now, I'm not saying the spread of COVID-19 wasn't a legitimate fear. But fear was most certainly the driver of the shutdowns. I think that's very clear to us now but not something you could have said back in March without backlash.

But the business shutdowns are only part of the reason we now face serious economic crisis. Prior to coronavirus, America was already in debt up to her eyeballs. The government's fiscal response to COVID-19 ($3 trillion-plus that mostly benefits the ultra-wealthy) has now completely submerged the ol' gal.

The first time America's national debt crossed the $1 trillion mark was in 1981.

In the aftermath of the global financial crisis of 2007–08, it ballooned to over $10 trillion.

Less than 10 years later in 2017, the federal government's gross debt exceeded $20 trillion for the first time.

Here we are three years later, and the national debt is now approaching $27 trillion due in large part to the government's fiscal response to COVID-19.

Do you see where this is going?

According to Mike Patton, senior contributor at Forbes, America's debt is now projected to skyrocket to $78 trillion by 2028!

Honestly, I think people should need a license to even use the word “trillion” and it should be backed up with a detailed explanation of just how big a figure we're talking here. Here's a little test...

The line below begins with zero and ends in 1 trillion. Where on the line does 1 million fall? And consider, 1 million is already quite a large number.

Come on, don't just go looking for the answer. What do you think?

Most people would say 1 million would fall somewhere about a third of the way on the line. About here...

But let me show you where 1 million really falls on this line. About here...

One million is a millionth of a trillion. So it falls on a spot one-millionth of the way between zero and 1 trillion.

Again, 1 million is a pretty big number. A billion, on the other hand, is 1,000 times larger. But do you want to see where that falls on the same line? Abut here...

Yeah, pretty much the same place. One billion is a thousandth of a trillion. So it falls on a spot one-thousandth of the way between zero and 1 trillion.

The point of all this is to show you just how large a number even 1 trillion really is. It's almost unspeakably large.

Multiply that unspeakably large number by 27. That's how much money America owes her creditors now.

Now multiply it by 78. And that's how much she'll owe in eight years.

To some extent, it hardly matters now. What's done is done. And most agree the country is entering what's been called a “new normal” in the wake of the crisis.

Heck, the “new normal” is now official. States and counties have been actively talking about it for weeks. Take a look at the Miami-Dade County website: 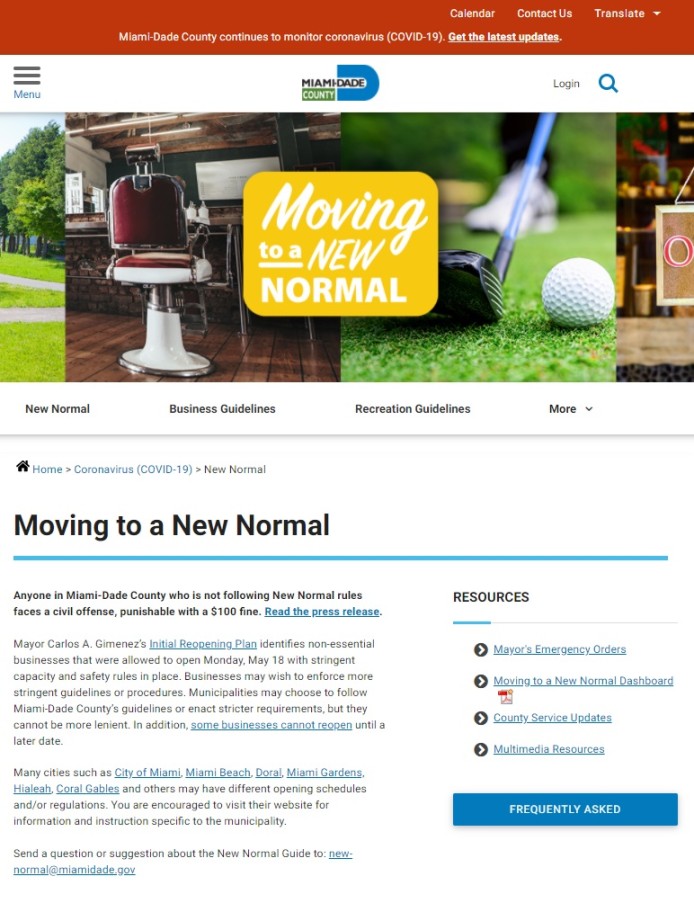 Anyone in Miami-Dade County who is not following New Normal rules faces a civil offense, punishable with a $100 fine...

Mayor Carlos A. Gimenez’s Initial Reopening Plan identifies nonessential businesses that were allowed to open Monday, May 18, with stringent capacity and safety rules in place.

This "new normal" is not something you'll be able to ignore. You won't be able to just change the channel or close out the tab to get away from it. You can't escape it by turning off your phone or ignoring emails. It's here and getting stronger.

Thirty years after FDR gave his famous speech, another great American and poet wrote these words to address the issues of his time:

You better start swimming now, friend. Because there's little doubt the COVID-19 pandemic will continue to change most people's daily lives. That might include things such as continuing to limit personal contact like handshakes and maintaining social distancing rules. But beyond new social norms is opportunity.

In this "new normal," new industries will rise, while others will fall. Fortunes will be made and lost.

My colleague Christian Dehaemer recently selected five megatrends he believes will profit most during this "new normal" phase. He put his research findings in a report that was just recently released to the public, and you can read it here. I urge you to check that out now.

See you on the other side.