The Gold Hate is a Reason to Buy

A gold mine is nothing but a hole in the ground with a bunch of liars standing around it.

Whether Mark Twain actually used this phrase or some variation of it is debated. But if you paid any attention to the gold market over the past several years, you’ll know it’s not too far from the truth.

Back in 2009 and 2010, everyone wanted to be in gold and the market. There was a growing demand for physical bullion and precious metal stocks following the financial crisis, which busted savings and retirement accounts across the nation.

Everyone wanted to be in gold, and it was everywhere. The metal was talked about every day on CNBC. And you couldn't visit a financial website without seeing the word a dozen times.

I bet you remember all those “cash for gold” TV commercials.

Stock promoters saw an opportunity in the growing demand for gold. The hairs on the back of their necks stood up, their mouths salivated, and they flooded into the market.

The hype train took off. And it wasn't long before gold speculation reached a fever pitch.

And the market ate it up. It loved it.

The higher the price prediction, the more attention the media would give the story (similar to Bitcoin and cryptocurrency today).

Of course, the price of gold soon hit a ceiling of about $1,900 in 2011, and it has since generally suffered a multi-year downturn.

Gold prices bounced off a long-term bottom at the end of 2015 at $1,050 an ounce and seemed to be headed higher for a while.

But prices for the yellow metal stalled as the U.S. economy grew and demand for the U.S. dollar strengthened. 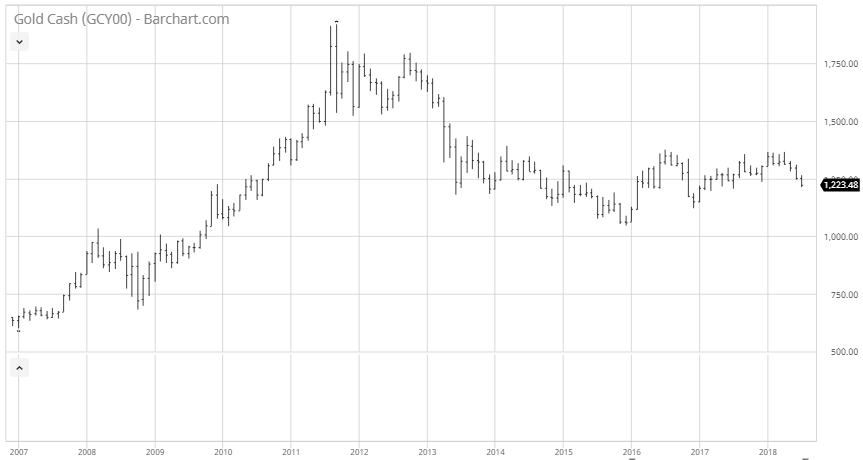 At this point, there is no hype priced into gold. In fact, if there's any emotion surrounding gold right now, it's contempt.

The Bitcoin fan base has long condemned gold as arcane. They've made countless memes dismissing gold in favor of the cryptocurrency. And now, with prices back on the decline after several months, gold investors are beginning to mumble the phrase “false rally.”

Falling annual prices have contributed to a global decline in sales, most importantly in China and India. And the majority of social media and the Twitter-sphere has now turned against gold.

But that's fine. Long-term gold investors should use the pullback in prices and the negative sentiment as a buying opportunity.

Gold represents freedom to many people. It’s a medium of wealth storage that’s priced by the free and open markets, as opposed to being set by a government. And that's great. But the smart investor won't pay extra for the emotion of that freedom.

The smart investor will certainly sell the emotion of that freedom. But he won't pay for it.

Now that the cheerleaders have long been shaken out, there is little to no positive emotion priced into gold. And that makes it a good time to be a buyer.

Right now, long-term investors should be particularly looking at low-cost producers that could survive in a $1,000 gold environment. There are dozens of gold miners to choose from with sub-$1,000 AISC.

Speculators going for shorter-term gains with higher risk should look to development-stage gold companies with near-term low-cost production. Again, there are dozens to choose from.

Either way, it's a good time to enter the gold market among the negative sentiment. Buy gold stocks today. 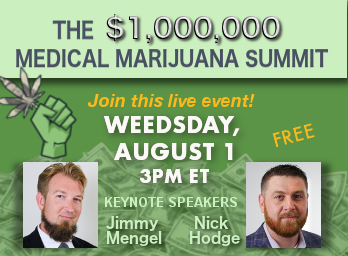