The Future of Electric Vehicles

It was last Thursday night when they rolled it out…

Tesla fans are calling it the next big thing.

The electric semi-truck was the “next big thing” three years ago when we first saw evidence of its existence.

Make no mistake; in today’s rapidly evolving electric vehicle market, that which is on the road today is already “old news.”

Don’t get me wrong. Tesla’s new semi-truck, along with new semi-trucks being built by Cummins, is going to completely change the dynamics of trucking as we know it. After all, fuel makes up 38% of the cost of short- and long-distance tractor-trailer trips.

Can you imagine what the owner of a shipping company is thinking right now as he contemplates removing diesel costs from his spreadsheets? This is a very big deal. And the truth is, it’s only the beginning.

Where We’ve Been, Where We’re Going

I’ve been writing about the electric vehicle market since 2005, before Tesla was a public company, before the major automakers started even thinking about the manufacturing of electric cars, and long before investors considered this market anything but a long shot.

In the case of Tesla, here’s how that “long shot” worked out: 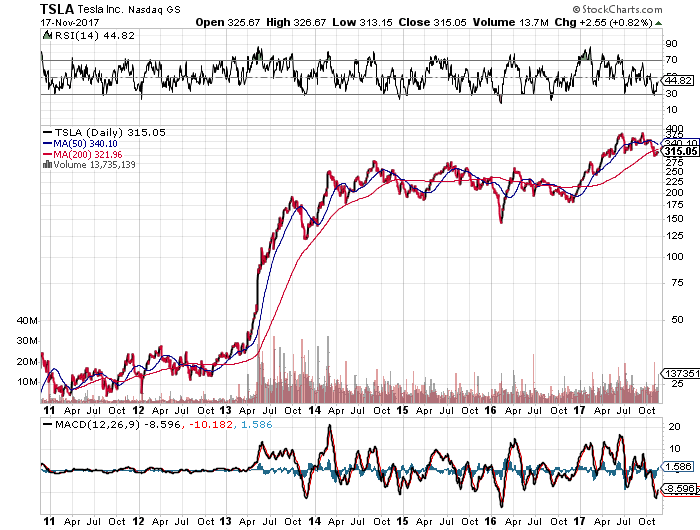 But the electric vehicle market is not owned by Tesla.

Sure, Tesla was the company that instigated the whole movement, showing the world that electric vehicles could be more than glorified golf carts. But the future of the electric car market does not live and die by all the great and wonderful things Tesla will come up with over the next decade.

How the Electric Vehicle Revolution Is Playing Out

There was a time when the hopes and dreams of electric vehicle enthusiasts were weighed solely by the actions and success of Tesla.

This is no longer the case.

The electric vehicle market is no longer an interesting idea or specialty market for a small, select group of overzealous tree-huggers and wealthy eccentrics. This is a very real market that’s growing a lot faster than even electric vehicle enthusiasts like me had expected.

According to Bloomberg, electric vehicles will make up the majority of new car sales — worldwide — by 2040. I think it’ll be sooner for a number of reasons, including rapidly declining production costs, increased driving ranges, and new policies that will expedite the adoption of electric vehicles.

The latter, by the way, could mean that nearly 80% of the global automobile market is actively looking to phase out internal combustion vehicles while adopting electric vehicles.

U.S. data only applies to certain states, not the entire county

In any event, this is a very big deal. And as you can see, China, which is already the world’s biggest vehicle market, is leading this transition. In fact, a number of Chinese automakers are already getting on board.

In the meantime, GM has announced that in five years, it will have at least 20 all-electric cars in its lineup. Volkswagen just recently decided to accelerate its push into electric vehicles with a $40 billion spending plan, and BMW will now have 12 fully electric models available by 2025.

Without a doubt, this is happening. And investors would be wise to pay close attention to how this electric vehicle revolution plays out.

The Next Oil Crisis Is Coming

Bloomberg has suggested that electric vehicles will account for a third of the global automobile fleet by 2040. This would result in the displacement of 8 million barrels of oil per day.

Bloomberg analyst Tom Randall has suggested that such a scenario would result in the next major oil crisis.

We found that electric vehicles could displace oil demand of 2 million barrels a day as early as 2023. That would create a glut of oil equivalent to what triggered the 2014 oil crisis.

Compound annual growth rates as high as 60 percent can’t hold up for long, so it’s a very aggressive forecast. BNEF takes a more methodical approach in its analysis today, breaking down electric vehicles to their component costs to forecast when prices will drop enough to lure the average car buyer. Using BNEF’s model, we’ll cross the oil-crash benchmark of 2 million barrels a few years later—in 2028. 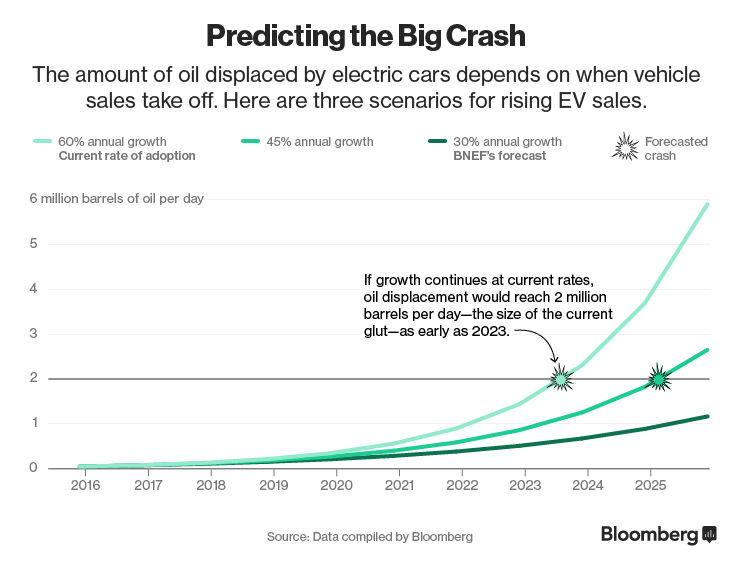 Of course, the electrification of our vehicles is just the beginning.

While most folks will be buying electric vehicles 10 years from now, they won’t actually be driving them.

Autonomous vehicles are no longer the stuff of science fiction. This stuff exists now in its earliest phases, and in 10 years, the technology will be about as ubiquitous as cruise control and power windows.

In the very near future, not only will your car drive you to your destination, but it’ll pick you up from work, ensure that your favorite song is playing when you get in, and even allow you to kick back and enjoy the ride, like my good friend Roland Powell, who I interviewed earlier this year for a story about how the legalization of cannabis is leading to huge profits for investors.

And this, dear reader, isn’t even the future of transportation. This is the present.

In the future, there won’t even be a steering wheel, and the configuration of the interior will likely look something like this… 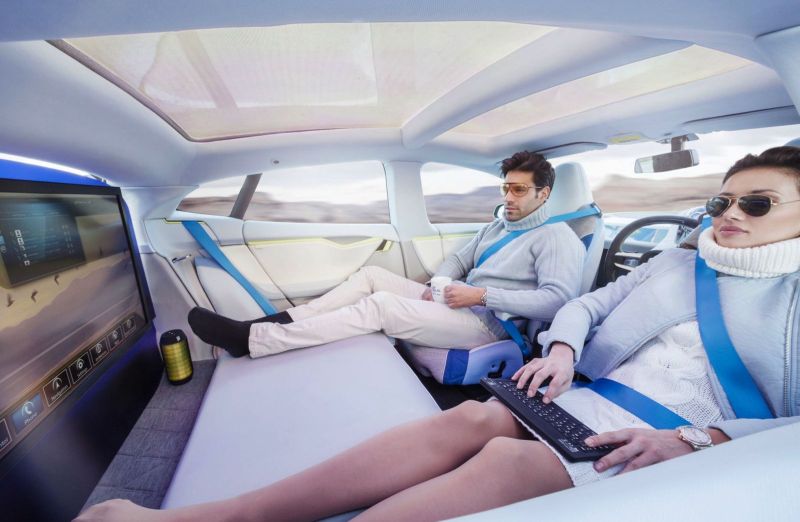 Just as I was right about electric vehicles 10 years ago, I’m right about where they’ll be in another 10 years. The question is, will you profit from this market or sit on the sidelines while everyone else gets rich?

The choice is yours.