All eyes are on Tesla again, but it’s not for anything good.

The company released some disappointing numbers earlier this week, stating that it had only managed to deliver 22,000 cars for the quarter, or about 47,000 for the first half of the year.

At this rate, I’d be surprised if it even got close.

Of course, now that nearly every major carmaker in the world is hopping on the EV bandwagon, with Volvo showing everyone up by promising that all of its cars will have electric motors starting in 2019, we know now that it doesn’t matter if Tesla succeeds.

Today, I’d like to take a look at a much bigger change the EV revolution is causing and give you just one example of the kinds of stocks to watch out for as the industry really gets underway.

An Exchange of Power

Last week, I talked about how the U.S. energy grid is in desperate need of upgrades, in large part due to new energy sources coming online.

As if we’re not already drastically increasing demand by making ever more energy-hungry phones, computers, and home entertainment systems...

Electric vehicles could prove to be the U.S. energy industry’s biggest challenge yet.

Right now, plug-in EVs and hybrids, those that don’t still run on gas, only account for a small percentage of cars on the road.

In 2020, when companies like GM, Ford, Volkswagen, Nissan, and more have new all-electric vehicles on the market, that number is expected to jump big time.

Tesla’s Model 3 really put these companies on the spot, and they’re here to deliver.

As such, Bloomberg New Energy Finance (BNEF) recently updated its estimates for the EV market moving forward. It now estimates that EVs could account for as much as 54% of all new cars sold by 2040, up from its previous estimate of 35%.

BNEF also noted that the 2020 ramp-up in EV demand will be bolstered by falling lithium battery prices, an estimated drop of more than 70% by 2030.

Batteries are just about the most expensive part of an EV, so a drop in lithium battery prices means Tesla’s vision of affordable all-electric cars may come true even sooner than expected. 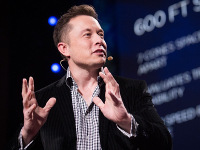 Wall Street has been desperate to learn where Elon Musk plans to get his future lithium supply. The thing is, he just accidentally let the answer slip!

You won't believe the incredible video footage that captured it all...

But this isn’t just boosting lithium stocks through the roof, or even just changing the way we drive.

BNEF estimates that by 2040, energy demand from EVs alone will grow from just 6 terawatts in 2016 to nearly 1,800 terawatts, in some places just about doubling consumer energy demand! 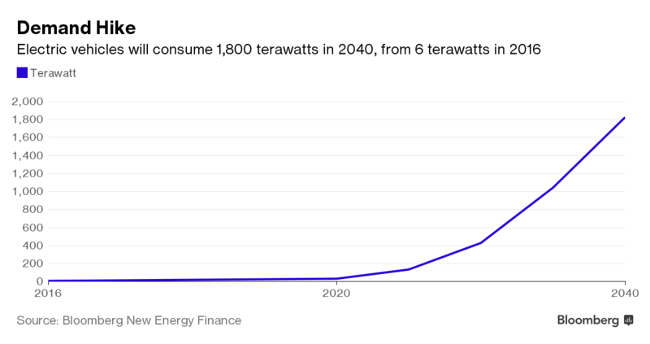 EVs alone will account for 5% of global energy use by then.

As you can imagine, that’s going to put a lot more pressure on the oldest energy transmission systems.

The U.S. especially needs some upgrades before this trend really takes off. But it would require nearly $5 trillion to replace the entire U.S. grid!

Which is why companies that can integrate new networks without overloading the old ones will be at the forefront of the industry.

Wall Street has been desperate to learn where Elon Musk plans to get his future lithium supply. The thing is, he just accidentally let the answer slip!

You won't believe the incredible video footage that captured it all...

MasTec, Inc. (NYSE: MTZ) may just be a perfect fit.

MasTec is a widely integrated infrastructure construction company with business in the communications, oil and gas, energy generation, and electrical transmission industries. This includes, happily enough, electricity transmission and distribution at utility-scale.

This goes hand in hand with the company’s energy generation branch, which is highly focused on renewables, including solar, wind, and bio-fuels.

One of the most valuable branches of MasTec deals with smart grid technologies.

Like I said last week, it all comes down to efficiency, and connected smart grid systems are increasingly essential to improving our energy usage.

Both renewables and grid services are growth markets for MasTec, and it’s in prime position to take advantage of both.

The EV revolution was sparked by Tesla Inc., which has transformed from a tiny car company into an international energy tech marvel.

The industries being challenged by this transformation include:

And we're still just at the start!

No need to worry about faltering Tesla stock now. There are much bigger opportunities on the way.